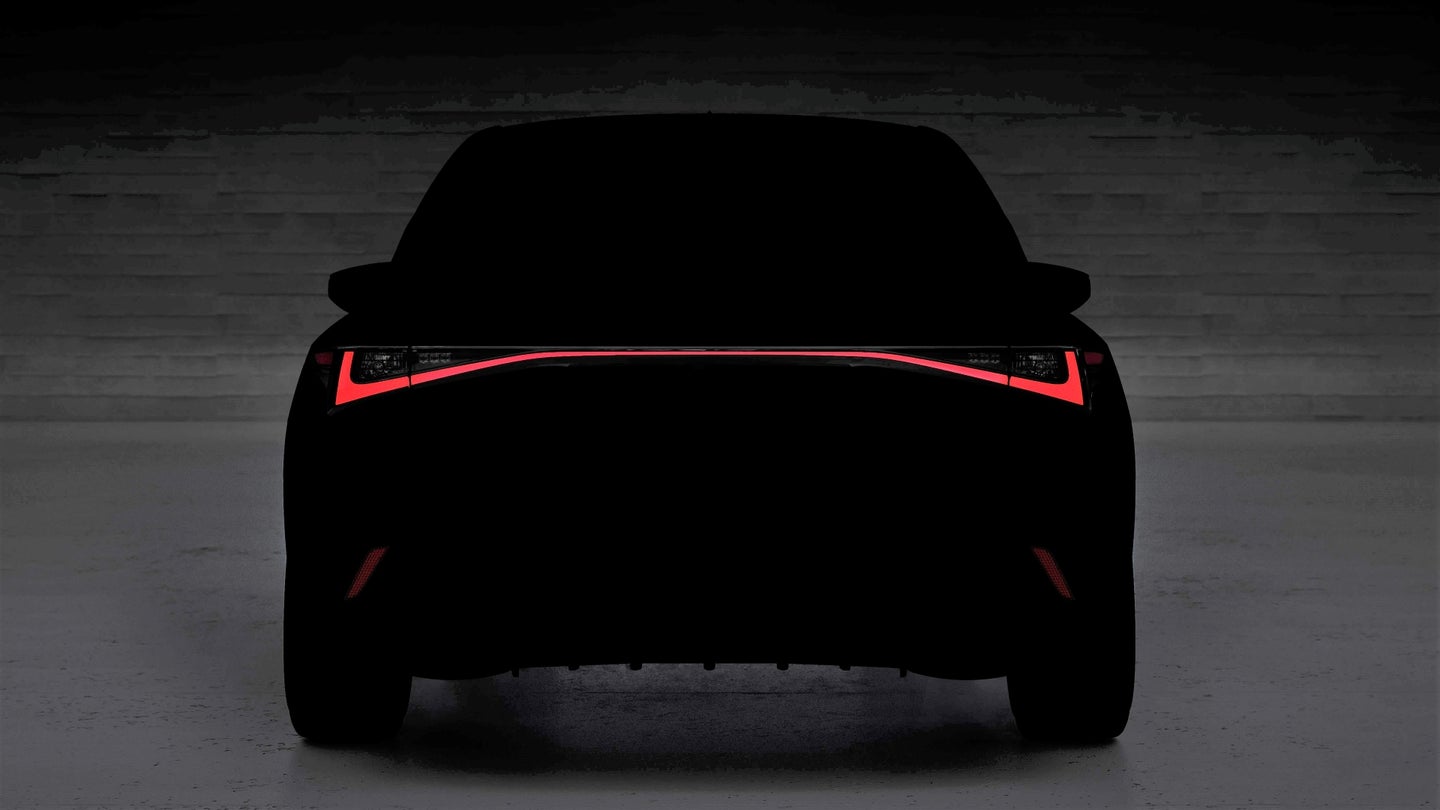 After accurately predicting Toyota's new hybrid Sienna and the return of the Venza, another prophecy from that huge Toyota/Lexus product leak back in March is becoming a reality. Despite the company's recent discontinuation of the bigger GS, a new Lexus IS sedan is coming next week for the 2021 model year, and the automaker is giving us a first, shadowy glimpse today.

As we can see, the next IS will follow the current trend of long, uninterrupted taillight bars, a design element already seen in the company's UX crossover...and, like a couple of dozen other modern cars, luxury or otherwise. We've turned up the brightness on Lexus' original image and held it up next to a similar shot of the current model's rear end but, unfortunately, not much can be gleaned other than the fact that the new car is definitely shaped like an IS.

A recent rumor says the "new" IS won't actually ride on a new platform but instead use the same "New N" frame it's had since 2013 albeit with wider tracks and fresh styling inside and out. Lexus is also supposedly introducing an IS 500 powered by its 5.0-liter V8 as the company's last naturally-aspirated V8 production car. Other, separate rumors, meanwhile, have had future versions of the IS get straight-six mills from Mazda and even the BMW-based Supra. While a V8 IS would obviously be awesome and a proper successor to the old IS F, an inline-six would tip its hat to the O.G. IS 300 which was powered by a naturally-aspirated version of the legendary 2JZ.

As good as the current-gen IS was when new, 2013 was a long time ago and since then, Lexus' 3 Series-fighter has been outpaced, outclassed, and out-grilled by much of its competition. Let's hope this 2021 rework closes that gap.

"Bringing the thrill of driving to the compact luxury sports car segment, Lexus will pull the cover off the new 2021 IS sports sedan next week," Lexus' press release reads. Coming less than two weeks after Acura showed off its beautiful new TLX, Japan's other athletic compact four-door is scheduled to drop Tuesday, June 9 at 7 p.m. EST and we'll be sure to have all the details.

This Is the 2021 BMW 4 Series—Massive Grille and All: Report

The official debut is scheduled for Tuesday.

Previous leaks have suggested a replacement based on Toyota’s newly fancy RWD Mirai.