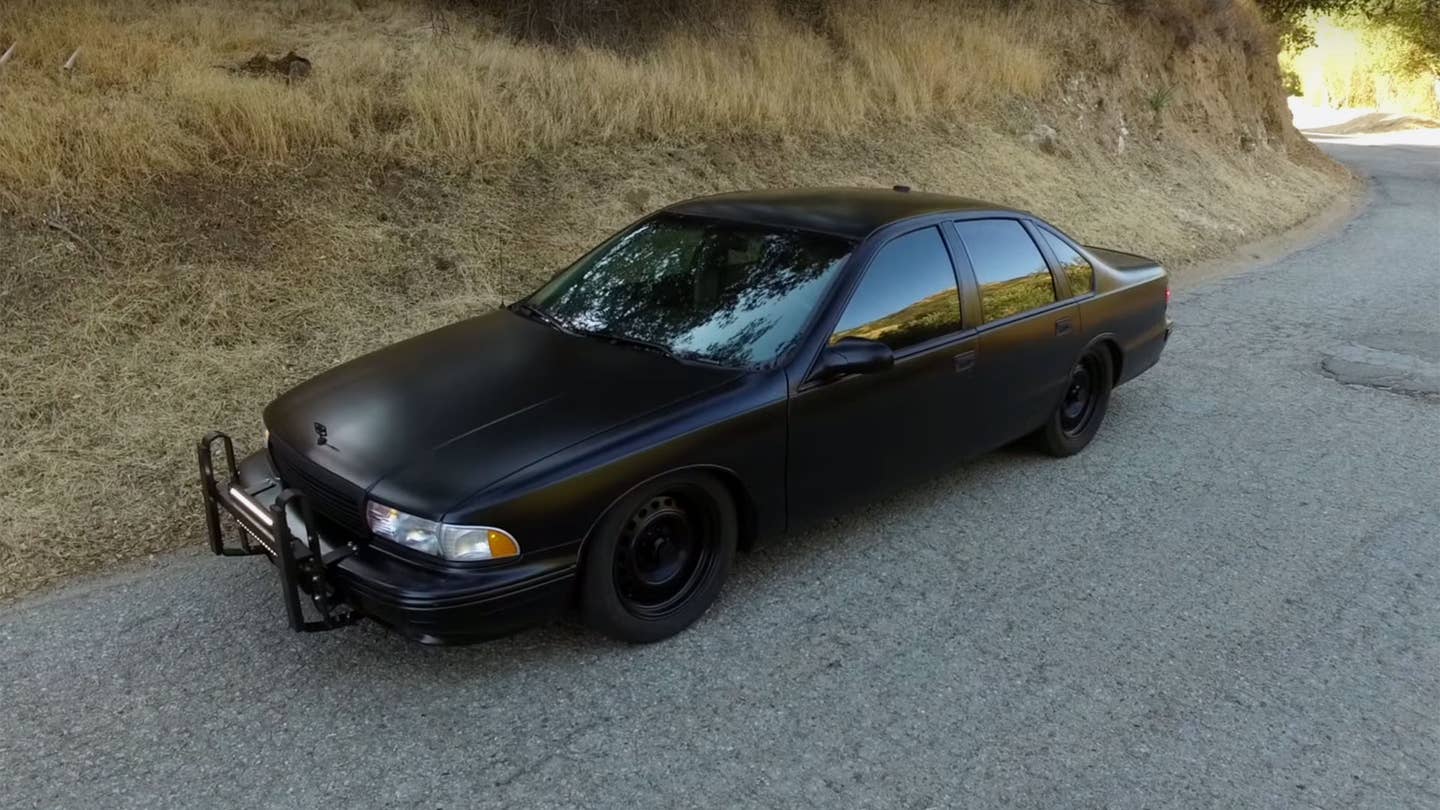 Ask anyone pulled over by a cop in the early-to-mid-Nineties about the Chevrolet Caprice, and they’ll remember it as nothing more than an elongated, authoritarian jelly bean. As for folks who made it through the Clinton Administration without breaking a law? They just won’t remember it. That’s because the Caprice served only two roles between 1991 and 1996: police cruiser and old church lady car.

It’s from the former group than ICON founder, designer, and CNC-machining mastermind Jonathan Ward pulled the bones of his latest project. At a customer’s request, Ward found an ex-Miami-Dade narcotics squad car and brought it to the ICON 4X4 workshop in Los Angeles. His directive? To make an understated highway cruiser that still screamed, “Get the hell out of my way.”

But people come to ICON for attention to detail rarely seen from a custom shop, not just a new motor and a paint job. In the case of this Chevy, that meant upgrading parts most places wouldn't even bother touching.

Being a 1990s-era car, the Caprice comes laden with what Ward notes is one of his least-favorite materials: plastic. That meant a lot of work. On the outside, ICON ripped off all the plastic badging and handles, laser-scanned them, then milled them out of aluminum on a CNC machine, for a stock look but a metallic feel. The same thing happened to the interior handles and the climate-control knobs. The retro-in-a-bad-way digital instrument panel was pulled and replaced with gauges from Speed Hut; the seats are Recaro; the center console has heated-and-cooled cupholders. Touches of elegance for a car that once was designed with a vomit-proof back seat.

The cost for this, the world’s nicest Chevrolet Caprice? More than $100,000. Think of it as the ultimate retirement gift for an ex-law enforcement officer.

Chevy Sells More Than 100,000 Volts and Genesis Releases Pricing for the G80: The Evening Rush

Plus, a super-portable and tasty pints for 350 Brewing Company.