You Can Import This Awesome Honda Beat With 33k Miles for Just $4,500 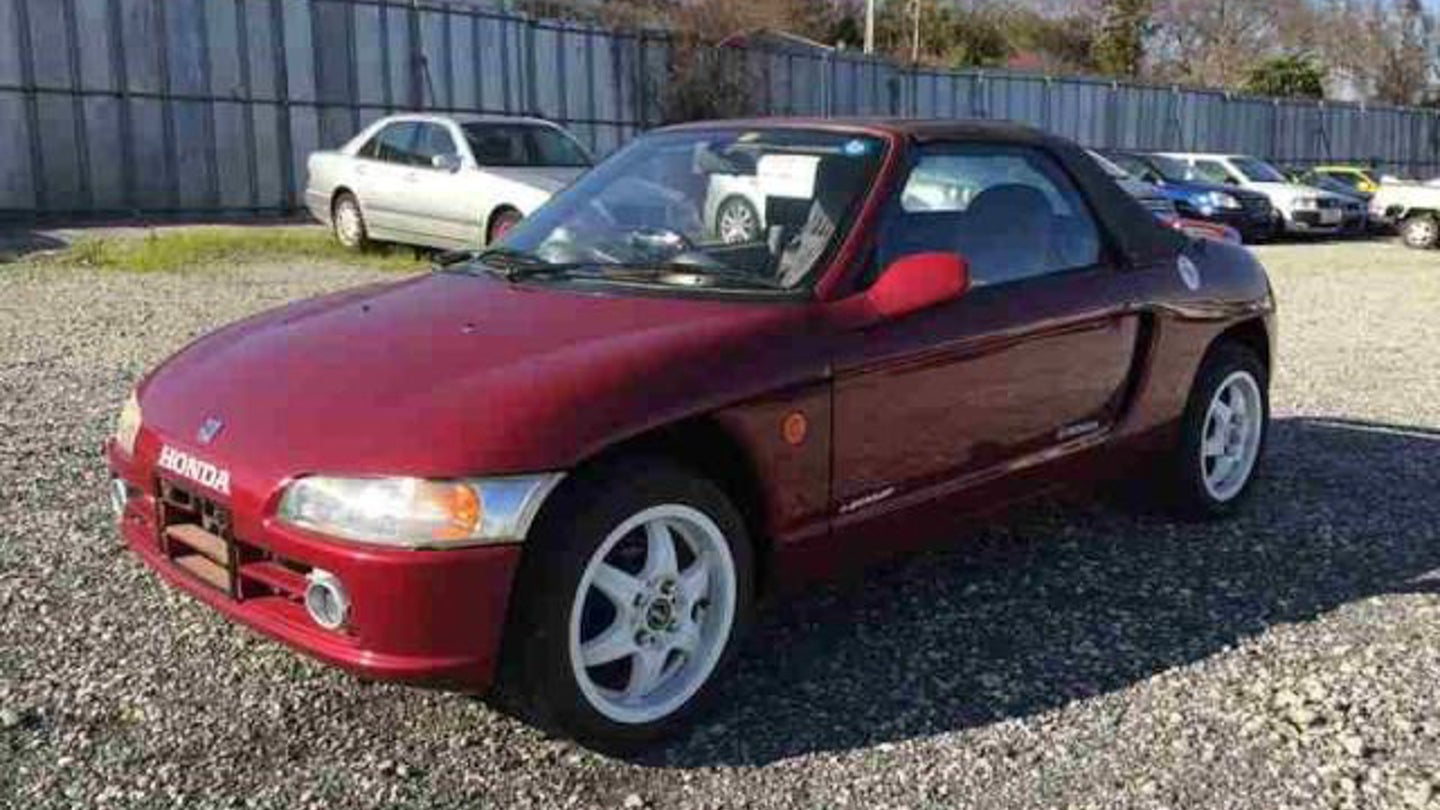 The quirky Honda Beat might be the most fun you can have in a slow car and, of course, you’ll look exceptionally cool while doing it. The tiny Honda has an equally minuscule engine with a 9,000-rpm redline, which means it’ll take a good hammering on its way to an advertised 0-60 time of 13 seconds. Sadly, we weren't gifted this car here in the States originally; that's all changed now, though, as can scoop this imported example up and have it delivered to your door for the astoundingly cheap price of $4,500, according to a sales listing by Unusual Auto.

This particular Beat has been upgraded with white sport wheels and has a sweet deep red paint job. With only 54,000 kilometers on the odometer (around 33,500 miles), the car appears to be in great shape. Keep in mind that it is a 30-year old imported vehicle, which can bring its own set of age-related issues. Still, the surprisingly affordable price makes the risk of financial ruin fairly low.

The story behind the Beat might be its strongest asset. The car's design was created by Pininfarina before being sold to Honda, and it was the last car approved by company founder Soichiro Honda himself. It's categorized as a Kei car, a genre that rose to fame in the '90s when video games like Gran Turismo showed it to people in North America for the first time. Cars like the Beat, Suzuki Cappuccino, and Mazda-based Autozam have since become much more desirable as the generation that grew up digitally hooning them around Fuji Speedway starts shopping for a fun car.

With a manual transmission, rear-wheel drive, and a mid-engine configuration, the Beat hits all the right notes. If you're cool with a 63-horsepower engine and an 84-mile-per-hour top speed, then you likely won't find a sweeter deal for any road-legal machine.