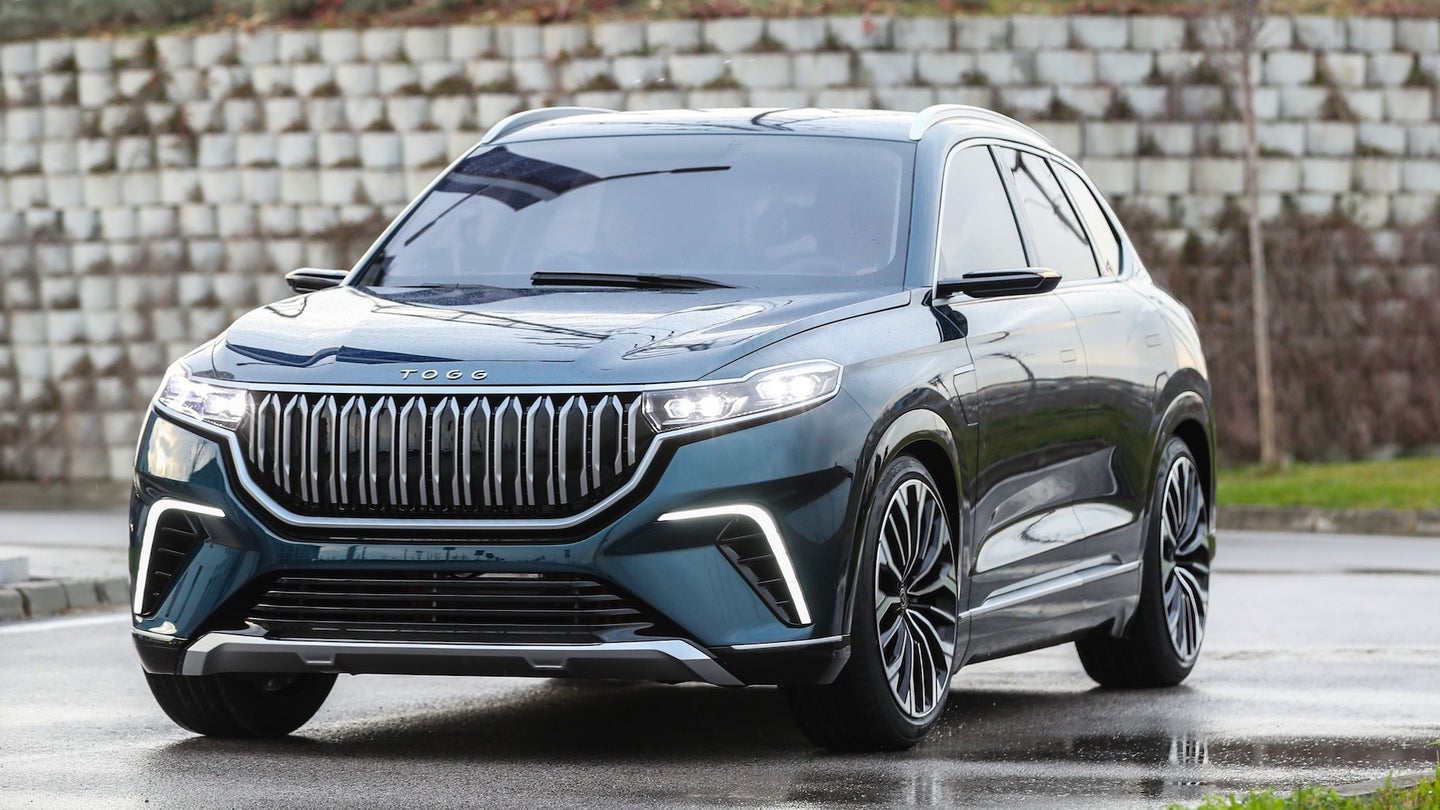 When we think of big car-making countries, Turkey hasn't really been on many people's radars. But if the country's president has his way going into the new decade, however, that might just change. As reported by Bloomberg, the country has unveiled two prototypes under its very first car company: Turkey’s Automobile Joint Venture Group Inc or "TOGG" when translated into Turkish and abbreviated.

TOGG is a result of Turkish president Recep Tayyip Erdogan’s goal to have a Turkish-built car, an ambition's he's publicly held since 2011. The country has invested the equivalent of $3.7 billion and aims to eventually build 175,000 cars per year across five models, starting, naturally, with an electric compact crossover currently called the C-SUV and slated for 2022. It'll eventually be joined by a sedan intuitively known as the C-Sedan and be built in the city of Bursa. TOGG CEO Mehmet Gurcan Karakas projects the company to add $50 billion to Turkey's economy over its first 15 years in action.

Judging from the prototype revealed Friday, Turkey's first production cars don't just look good for a first attempt but they'd pass muster as a great fifth or even tenth attempt. Hell, slap some Chevy bowties on these things and we'd probably be waxing lyrical about how Detroit is getting its groove back. There isn't exactly anything new here, design-wise, but that doesn't mean they aren't handsome.

Their attractiveness is hardly a surprise, however, once you learn that they've been penned by Pininfarina, the Italian design house responsible for the Honda Beat, MGB GT—and like—most iconic Ferraris.

According to Motor1, the cars will come with a choice of two electric powertrains offering 186 or 300 miles of range, and 80-percent charge times in as little as 30 minutes. The dual-motor crossover is said to be able to reach 62 mph in 4.8 seconds. Of course, these figures are purely speculative until official tested figures are published by TOGG.