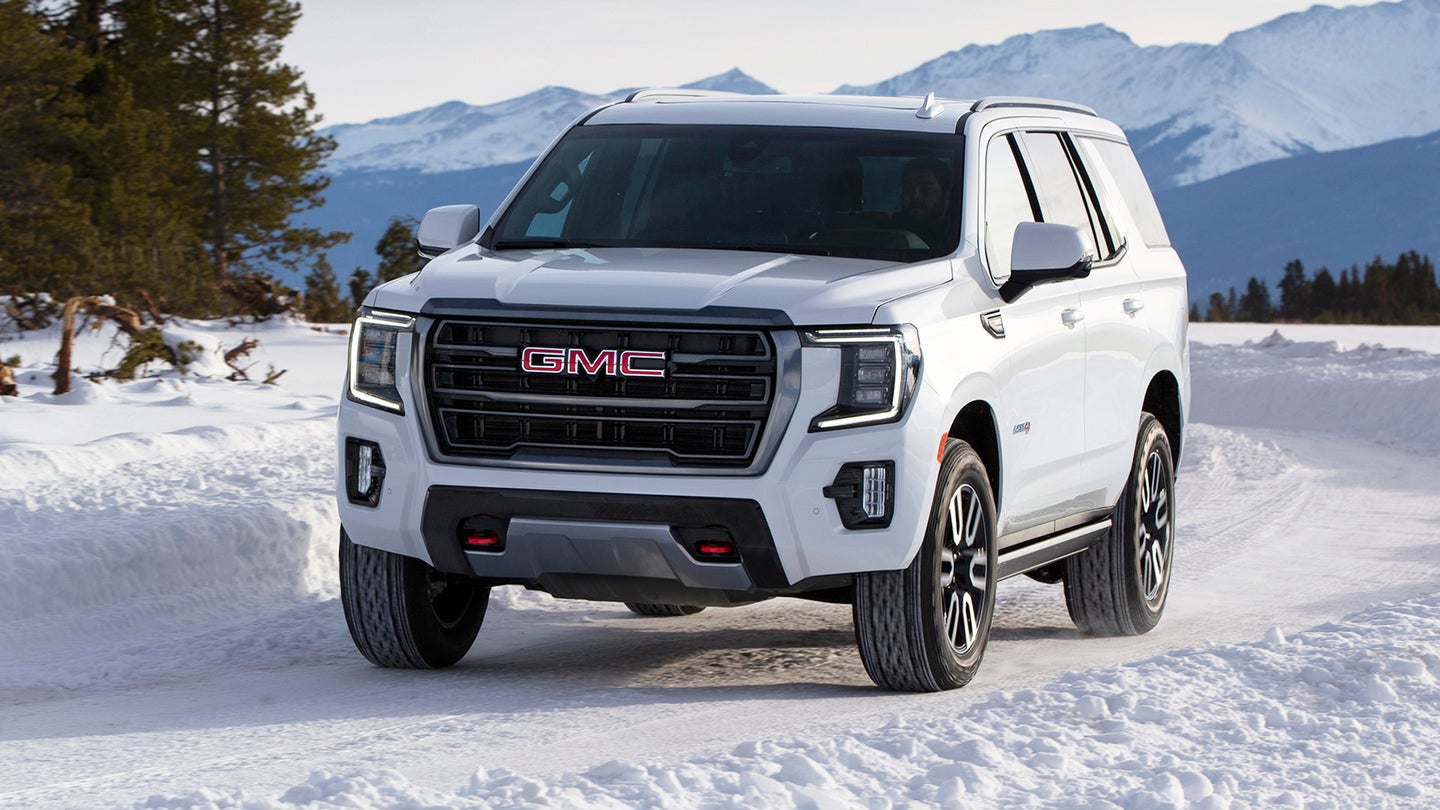 Donuts are delightful, be it a baked good or a circle of burned rubber. General Motors must agree, because why else would it equip the new 2021 GMC Yukon with a "Hurricane Turn" feature that'll have the giant truck spinning like a multi-ton mechanical top?

Motor Trend uncovered the semi-secret feature in the bourbon-soaked aftermath of this week's launch event for the next-generation Yukon SUV. It certainly wasn't in the press kit. According to the outlet, GMC engineers set up the four-wheel-drive Yukon to launch into a Hurricane Turn when you turn off stability control, spin the wheel to full lock in either direction, and mash the gas.

Immediately, the truck will grab its brakes hard on the side you're turning toward; with full power flowing to the outside wheels, it will begin to rotate in a very tight donut centered on one of its front corners. According to the report, GM claims the Yukon will eventually spin around its midpoint if you keep the throttle pinned long enough; Motor Trend speculates the truck's limited-slip rear differential and new four-wheel-drive system's torque vectoring abilities have something to do with it.

If you've been paying attention to newcomer Rivian, the trick might sound familiar. Earlier this year, the startup automaker previewed an ability called the "Tank Turn" on its four-motor electric pickup truck that achieves a very similar result.

That powertrain setup, which hasn't been seen in a production EV yet, makes performing the stunt a breeze. With each wheel powered by an independent electric motor, one side spins forward and the other side spins in reverse and presto, instant zero-radius turn. Because the GMC Yukon is powered by a single internal combustion motor and can only spin all four wheels in the same direction, that means its performance won't be nearly as neat.

Still, for some reason GMC decided to throw a little lunacy into their full-size flagship SUV and gave the 2021 Yukon a donut mode. No word on which trims will offer it, or whether the XL extended version will join the party, but this we know: That's our kind of special feature.