The remains of the deceased drift into the stratosphere using high-altitude balloons. 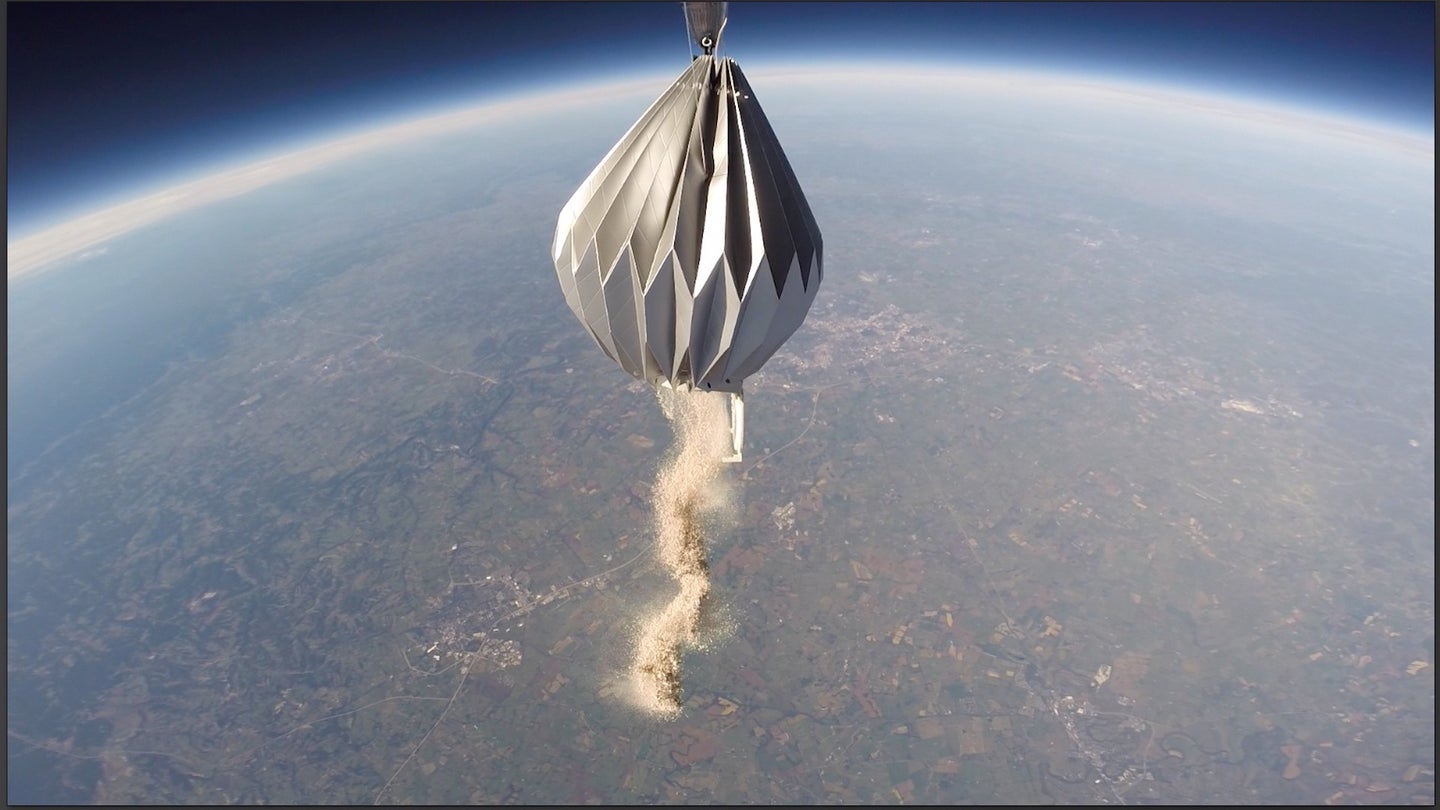 MesoLoft uses high altitude balloons to deliver your loved one’s ashes 15-20 miles up into Earth’s stratosphere, and release them to the elements. This “release and remember” approach will result in the remains falling back down to Earth during the course of several months. For those who are absolute in their desire for cremation and have an equally passionate attachment to space and our planet, this might just be for you.

We recently reported on a fascinating non-profit that implements the use of unmanned aerial vehicles in a difficult end-of-life scenario. The Flight To Remember Foundation gives those unable to leave their beds one last chance to virtually visit cherished areas from their childhoods by having a licensed drone pilot navigate a camera-equipped UAV wherever the client wishes them to, and streaming the footage back to the client’s hospice room.

There are also those on the other end of that journey where someone has passed on. But drones can still help send someone off right and help their relatives grieve appropriately. In other words, while the Flight To Remember Foundation might give someone the illusion of taking one last journey via drone, MesoLoft actually takes you on that final trip.

Below is MesoLoft's own promotional video for a visual explanation of this modern ash-scattering ritual.

As you can see, the actual scattering takes no more than a second, in a silent, 80,000-foot-high environment that overlooks our planet. As someone with a fairly non-traditional family—obsessed with outer space and adamant about not being buried in the ground—this may actually be highly appealing. There's a sense of peace found in the short, basic video, that many of us can't find in a graveyard. To float down to Earth, after being released in silence, overlooking this majestic planet of ours, seems like one of the best modern ways to go.

According to MesoLoft, a 1997 decision by the EPA determined that this entire process was entirely safe as the ashes themselves are sterile and harmless to the environment. In addition, for those spiritually won over by this new method here, the fact that one's ashes remain floating above Earth for several months is likely the cherry on top. Personally, I'm not entirely sure why that image appeals to me so strongly, but it does. There's something calming, peaceful, and appreciative of our planet in this process that I'm thoroughly impressed by.

So how exactly does this work? Naturally, this entire process is recorded by two high-definition GoPro cameras from start to finish, which provides family members with a high-quality video of the moment their loved one's ashes were scattered around the globe. The balloon's journey takes about two hours in total, with launches typically taking place in Bend, Oregon. Though, MesoLoft seems more than willing to travel elsewhere, as long as costs and various other agreements are solidified beforehand. The balloon is tracked via GPS and retrieved without issue once its mission is complete. In the end, client's can receive not only the footage recorded during flight, but a highlight reel, the shroud that contained the ashes, photographs from that day, and a dedicated blog post on MesoLoft's website.

The company has created an infographic regarding the actual aerial process.

Ultimately, this is a pretty impressive and admirable idea, brought into reality through sheer effort and the urge to help people grieve, celebrate, and appreciate what the person they lost. If we can send up balloons to record footage of the stratosphere and mesosphere, realizing that one could provide others with an aerial burial certainly doesn't seem far off, but MesoLoft actually worked at it and is now able to provide this service to anyone interested in it. Not everyone wants to be buried in the ground or scattered in the ocean. We all have different ways of coming to terms with our mortality, and have our own ideas for that final moment. The fact that there's now another alternative, one celebrating our planet, our ingenuity, and our appreciation of space, it's pretty damn beautiful, and something to be celebrated, itself.