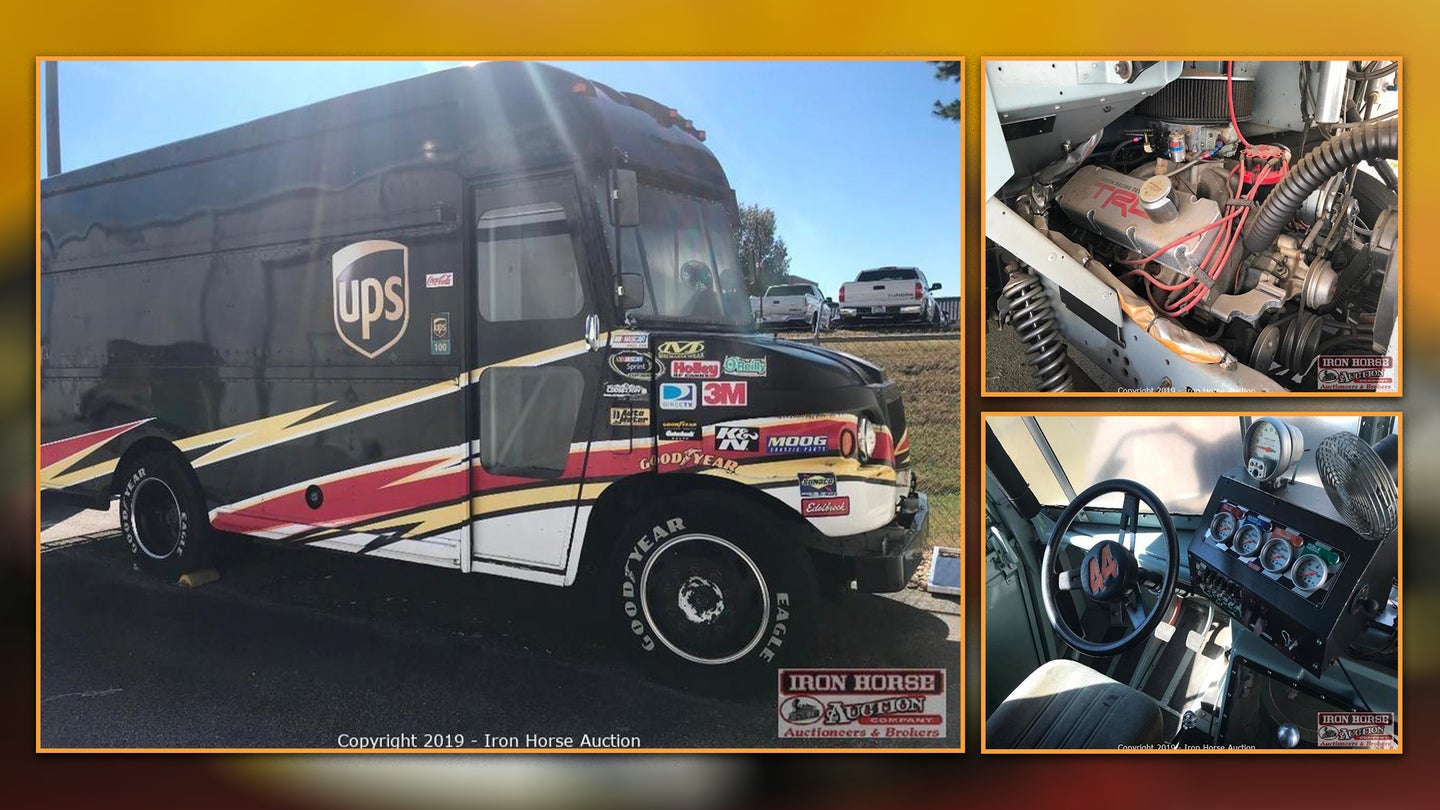 If you ever wondered what it was like to drive insanely fast in a UPS box truck, then here's your chance to turn that dream into a reality. The iconic UPS race truck driven by NASCAR star Dale Jarrett in the mid-2000s is up for sale via Iron Horse Auctions in North Carolina, and it's certifiably nutty.

Featured in a campaign of UPS commercials, this 1990 UPS P-800 Box Truck retired from duty with 300,000 miles on the odometer, ready to receive a complete overhaul for an advertising campaign with NASCAR. With the help of renowned stunt-truck builder and racing champion Mike Ryan, who’s known for his victories at the Pikes Peak Hillclimb, the team gutted the parcel delivery vehicle and fitted it with the works.

The truck is highlighted by a Toyota Racing Development-built motor with a custom-made transmission to match. It also features racing suspension and steering, a safety roll cage with a full-fledged harness fitted to the original seat, and on-board telemetry you’d normally find in a NASCAR racer. The result is what was once heralded as the world’s fastest UPS box truck.

Originally, UPS created the truck to advertise with NASCAR just as a showpiece. However, it unexpectedly generated a lot of hype and excitement, to the point where NASCAR fans begged UPS to race the truck.

UPS then gave in and obliged, though it didn’t necessarily compete. Rather, Jarrett drove the truck for an honorary lap during the 2008 All-Star Race to commemorate his retirement from NASCAR.

The auction commenced Sunday with a starting price of $1, though as of this writing, there haven't been any bids. With more than 10 days until closing, it could be anyone’s guess as to what it could sell for.

Waiting for UPS Ground Shipping to deliver something you bought on the Internet can be frustratingly slow, but imagine how much quicker things would arrive at your doorstep if they put a fleet of these things to work.