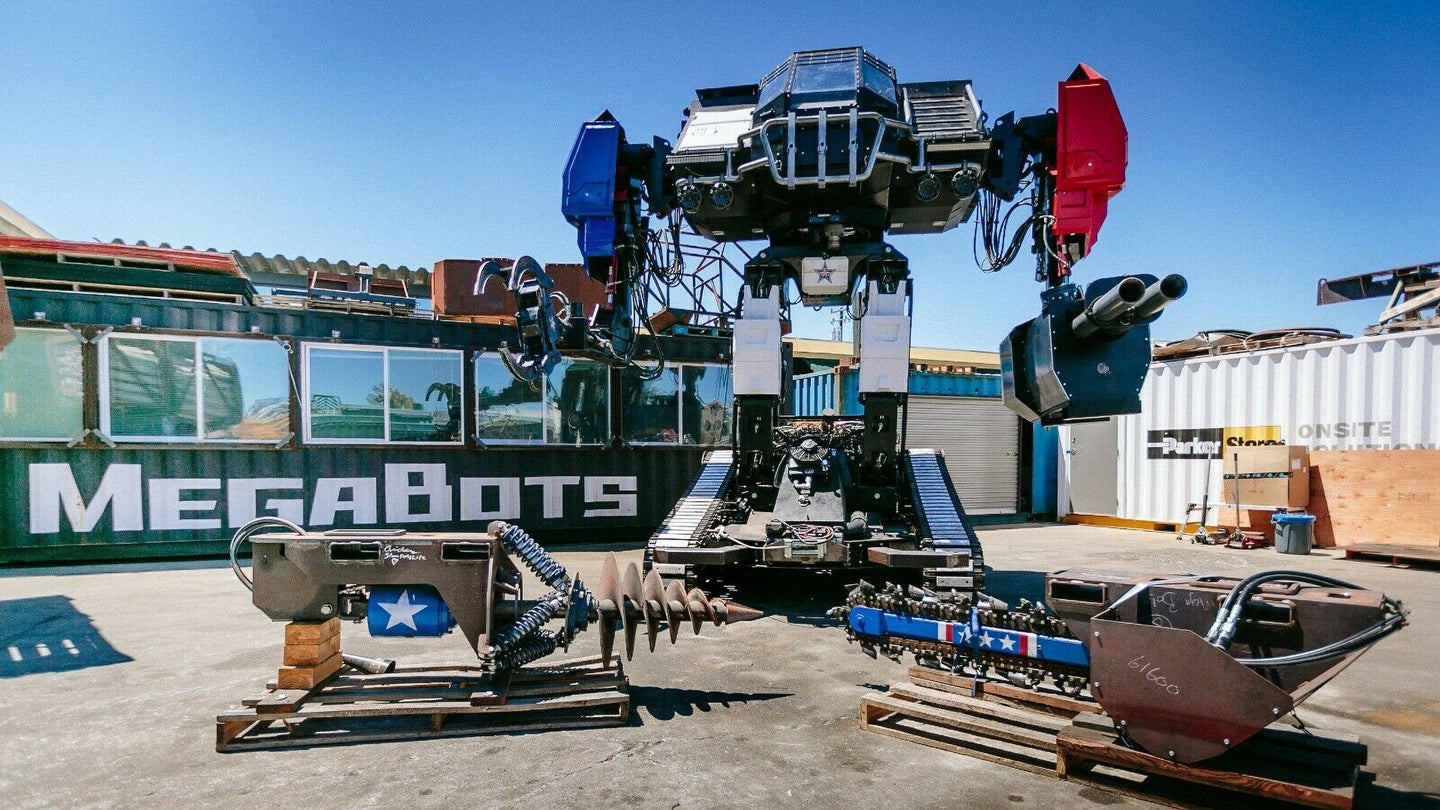 Now is your chance to own one of the world's most popular, fully operational and pilotable MegaBots—one that's powered by a V8 engine straight out of a Chevrolet Corvette. According to this listing, the Eagle Prime MegaBot is being auctioned on eBay with a current bid of $162,900 at the time of writing.

Battle mechs are giant-sized robots designed and built specifically for real-world robot fighting by MegaBots Inc., a company from Hayward, California. This robot is a human-driven, Transformer-like machine capable of some legitimate carnage. Eagle Prime cost around $2.5 million to build completely from scratch and weighs approximately 12 tons. It’s so massive and heavy, that it requires a 430-horsepower LS3 V8 to move. It stands tall at around 16 feet or 11.5 feet when "squatting."

According to the video above, the robot is allegedly being sold because the company went bust and needs to unload assets. Despite the Eagle Prime looking like a destruction machine, the seller warns that it is a very high-maintenance and delicate machine.

For instance, the plastic pads that line the machine’s grip tracks cost around $7,000 to replace and are currently worn on the as-is robot. Additionally, despite the tank-like tracks, the seller noted that its grip is rather poor on dirt.

Furthermore, the seller notes that hydraulic leaks tend to show themselves every “four hours or so of driving and crushing.” But it claims they’ve fixed everyone they’ve found and the auction includes a set of custom large wrenches and replacement o-rings for a little bit of peace of mind. The auction bidding started at $1, but so far, it’s wracked up a whopping 199 bids.

Should you acquire this giant battle robot, you'll at least be able to fend off those crazy headless robots from Boston Dynamics or use it for cooler things, like crushing your loud neighbor's car.

To the best of our knowledge, this is the fastest an uncrewed road-legal semi truck has ever driven.