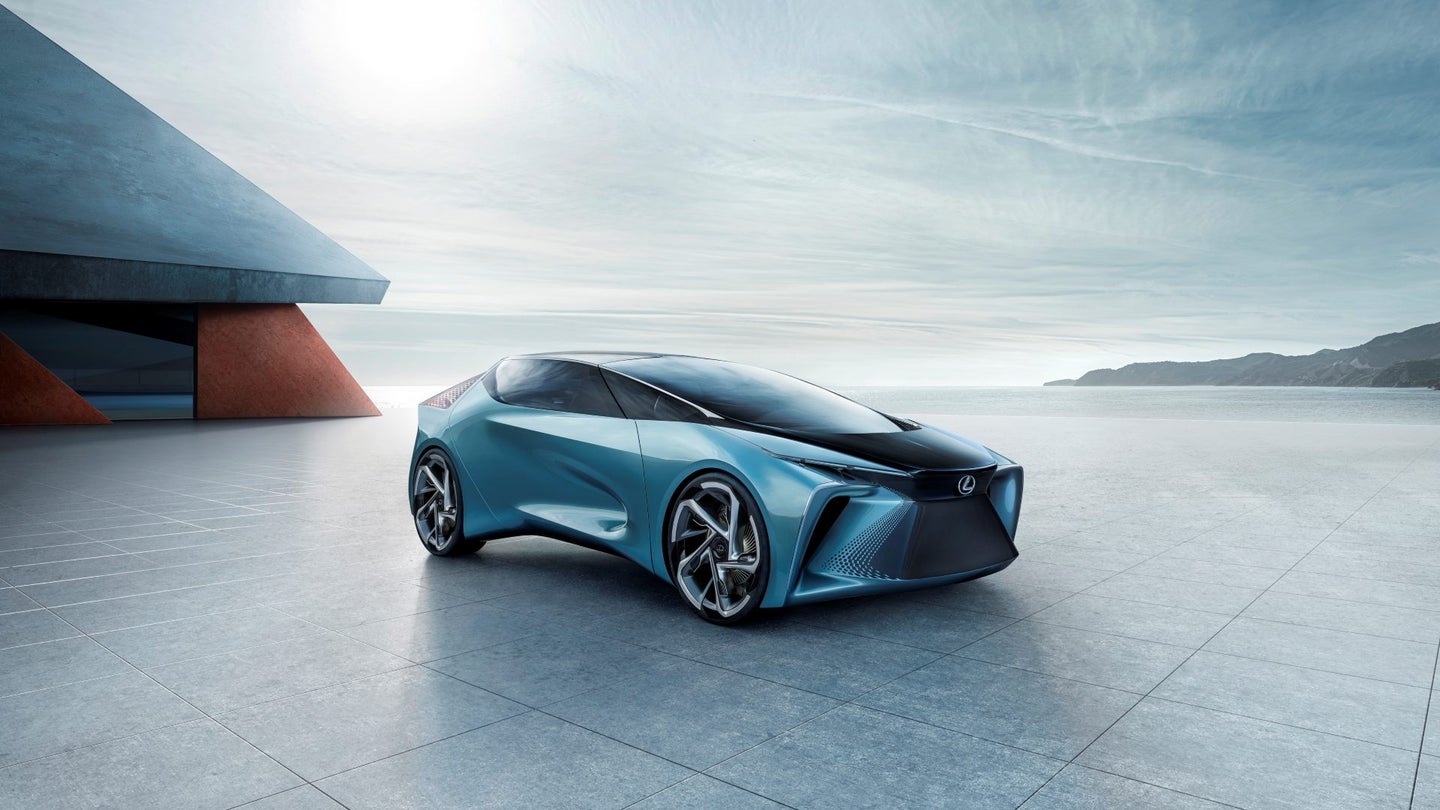 Lexus will be introducing its first battery-electric vehicle at the Guangzhou International Automobile Exhibition in China on Nov. 22, joining Porsche, Jaguar, Mercedes, Audi, and, of course, Tesla, in the battle for luxury EV supremacy. The debut was officially confirmed Monday morning via a company statement. At this moment, however, it appears that the EV won't be coming to America upon launch.

Instead, the LF-30 Electrified concept is a big, gullwing door Lexus that isn't quite tall or high off the ground enough to be christened a crossover, but definitely not low or long enough to be called a sedan either. It features four in-wheel electric motors and an interior crafted with augmented reality and autonomy in mind.

The LF-30's design is radical, to say the least, even by 2020 Lexus standards, and we normally wouldn't expect the upcoming production car to look quite as wild as the concept. However, this is the same company that brought us the gorgeous LF-LC concept and retained 90 percent of its design with the production-ready LC.

"Specifically crafted to suit the needs of audiences in China and Europe, this further advances the brand's desire to offer a portfolio of electrified powertrain choices for diverse audiences worldwide," read the company statement.

It's currently unclear if Lexus will bring an EV to the United States, but according to a Lexus spokesperson, the model that will be unveiled later this month isn't designed for the North American market.

"We are not offering it in the U.S. market," a Lexus spokesperson told The Drive via email.