But will we see it in the States? 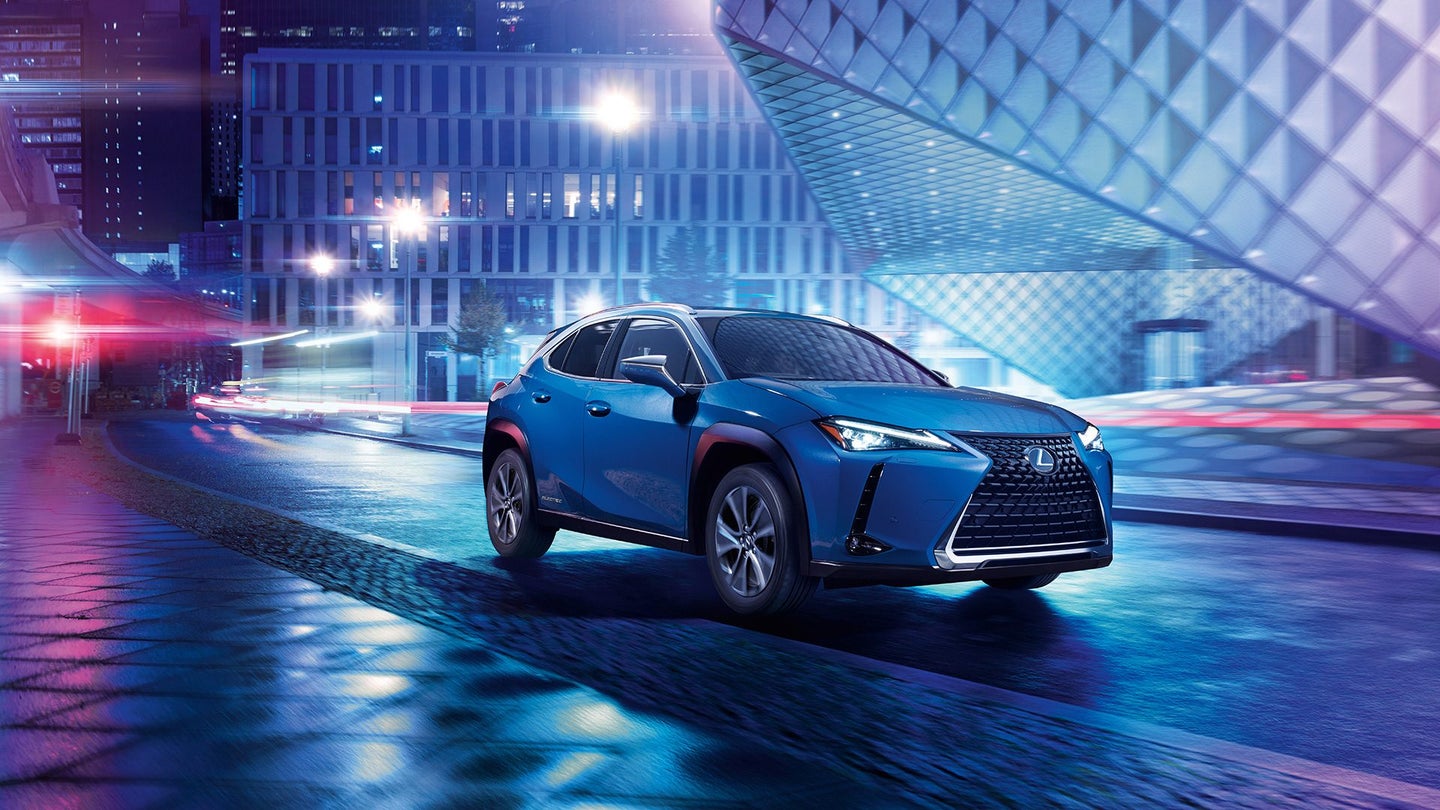 Bowing at the Guangzhou International Auto Show is the 2021 Lexus UX 300e, the brand's first electric vehicle (EV). No, it isn't even close to looking like the LF-30 concept we sort of hoped it would, but maybe that's not such a bad thing after all.

The UX 300e might be Lexus' first EV but the company is no stranger to electrification. The electric UX benefits from a decade and a half of Lexus being in the hybrid game and will apparently retain the brand's typically high levels of refinement and reliability, "one of the quietest cabins in its class," and "natural-yet-brisk" acceleration.

A floor-mounted 54.3-kWh lithium-ion battery is good for 250 miles of range under the more lenient New European Driving Cycle (NEDC) standard, is hooked up to a temperature management system, and like pretty much all EV batteries, gives the UX 300e a low center of gravity. Its front-mounted electric motor produces 201 horsepower and 221 pound-feet of torque. No, it won't make many Teslas break a sweat but it might just invade the Nissan Leaf's turf.

The electric Lexus crossover has paddle shifters that control engine braking through four levels of deceleration regeneration. Its modular Toyota New Global Architecture-C platform has been given additional braces and optimized shocks. Lexus has also fitted it with more aerodynamic wheels and a smoother underbody.

We can now regretfully inform our primarily American readership that this fancy new car won't be coming to America, because the 2021 Lexus UX 300e won't be the brand's first EV to reach the States. Instead, it's been expressly designed and engineered to cater to Chinese and European tastes. It'll go on sale in China in the spring of 2020, reach Europe in the summer, and drop in its home country of Japan in early 2021.

That said, another Lexus EV of some sort will be coming Stateside eventually, with a Lexus spokesperson telling The Drive over email: "The U.S. will not offer the UX 300e, however, we have committed to developing a dedicated EV that is purpose-built to offer the benefits and features that U.S. luxury buyers demand."

Get ready to drool.