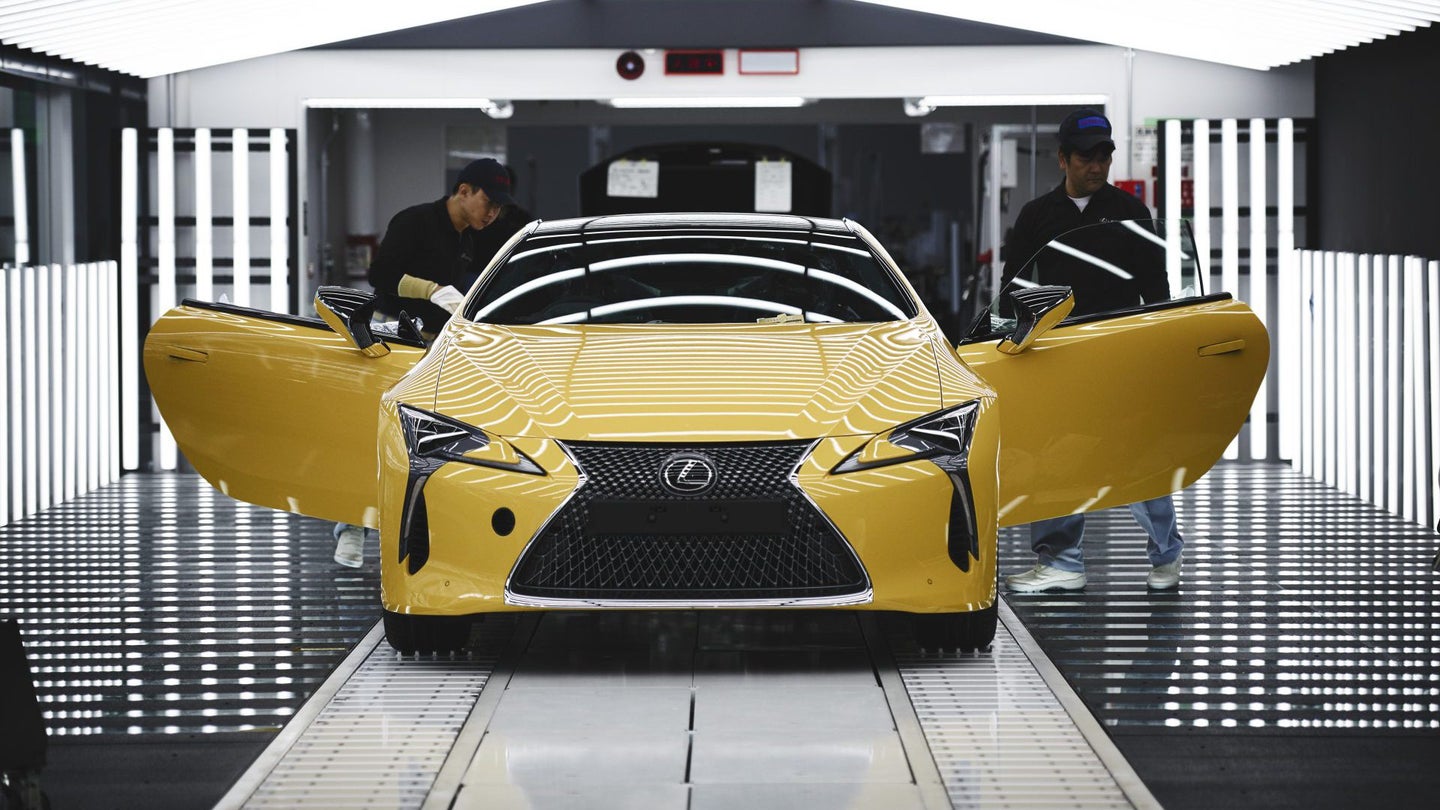 Those that clapped eyes on the Lexus LF-LC concept back in 2012 and scoffed, declaring that a design that out-there would never make it onto a real Lexus road car can officially start chowing down on their piece of humble pie. The Japanese luxury automaker has announced that official production of the LC grand tourer has begun at the Motomachi plant—also known as the same place that gave us the LFA supercar.

As of Monday, the first LCs bound for the UK and Europe are being built in the former LFA factory on an assembly line that's been reshaped and given a new coat of all-white paint in order to "help the engineers maintain the best focus on their work." Speaking of the engineers, Lexus has deployed its best and brightest 'Takumi' craftspeople onto the LC assembly line, ensuring your $100,000 Japanese GT car is free of any annoying squeaks, rattles, or gremlins.

Inherited from its days producing Lexus' first supercar, the Motomachi plant boasts the necessary hardware (and software, probably) for Lexus to implement tech from that astronomically-priced, hand-crafted V-10 powered screamer into their new halo coupe. Most notably, a special process for CFRP (carbon fiber reinforced plastic) production Lexus calls Resin Transfer Moulding, apparently allowing them to use the light 'n black stuff in many, many areas of the LC.

The LCs being made are scheduled to land in the UK and Europe in August. When it eventually comes to American shores, the V8 powered LC 500 will cost a little under $100,000 while the hybrid LC 500h is expected to be priced a little higher.

A year into the no-haggle pricing program, the transition is moving smoothly.