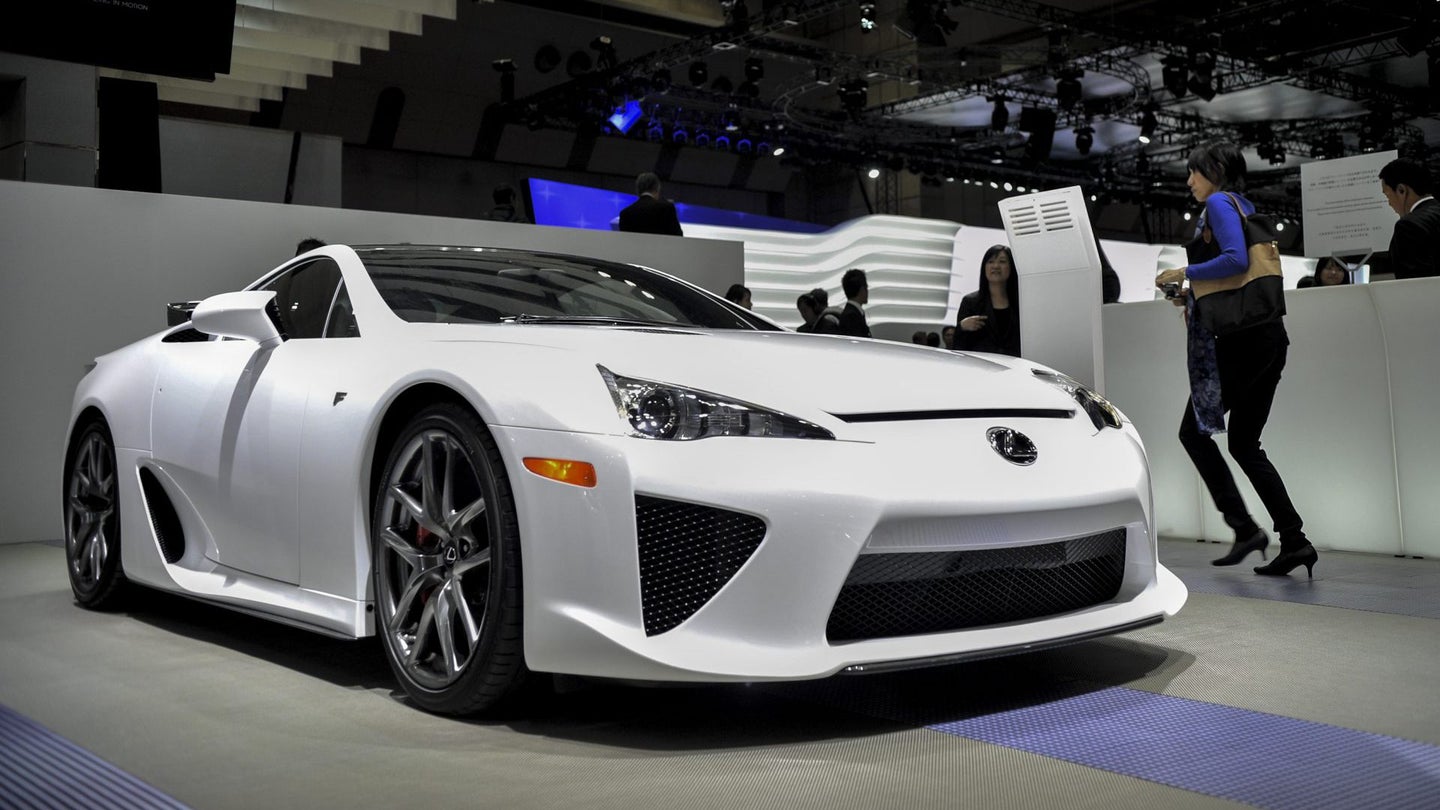 Thanks in part to its decade-long gestation period, the Lexus LFA was an exceedingly expensive car to produce. Even at its hefty sticker price of $375,000, Lexus lost money on every LFA sold. But hey, good things come from those who pay. (That is the saying, right?)

But could Lexus make the same mistake again, if it chose to dive back into the supercar market?

When asked by Autocar whether or not his company would like to do it all again with an LFA successor, Lexus president Yoshihiro Sawa responded with both sides of his brain, essentially saying, "Sure, but probably not right now"—presumably to the relief of his accountants.

"I really want to do an LFA successor, and it is important to have dreams, but for now it is a very complicated situation," said Sawa. "It’s a very difficult question to answer as I would like to do it, but we have other priorities for now." Those priorities apparently include the upcoming UX compact crossover and a three-row, Range Rover-baiting RX. (You're killing us, man.)

Featuring a monstrously atmospheric, 552-hp, 4.8-liter V-10, the Lexus LFA howled its way to 60 mph in 3.6 seconds and topped out at 202 mph. Nowadays, the LFA's old plant in Motomachi is being used to assemble the strikingly pretty LC coupe. While it's been eight years (almost to the day) since the production-spec LFA first introduced itself, we imagine a modern-day LFA 2.0 would feature electrification and a much more prominent predator grille. Which sounds...pretty damn alluring.