This V-10 supercar is minty fresh in more ways than one. 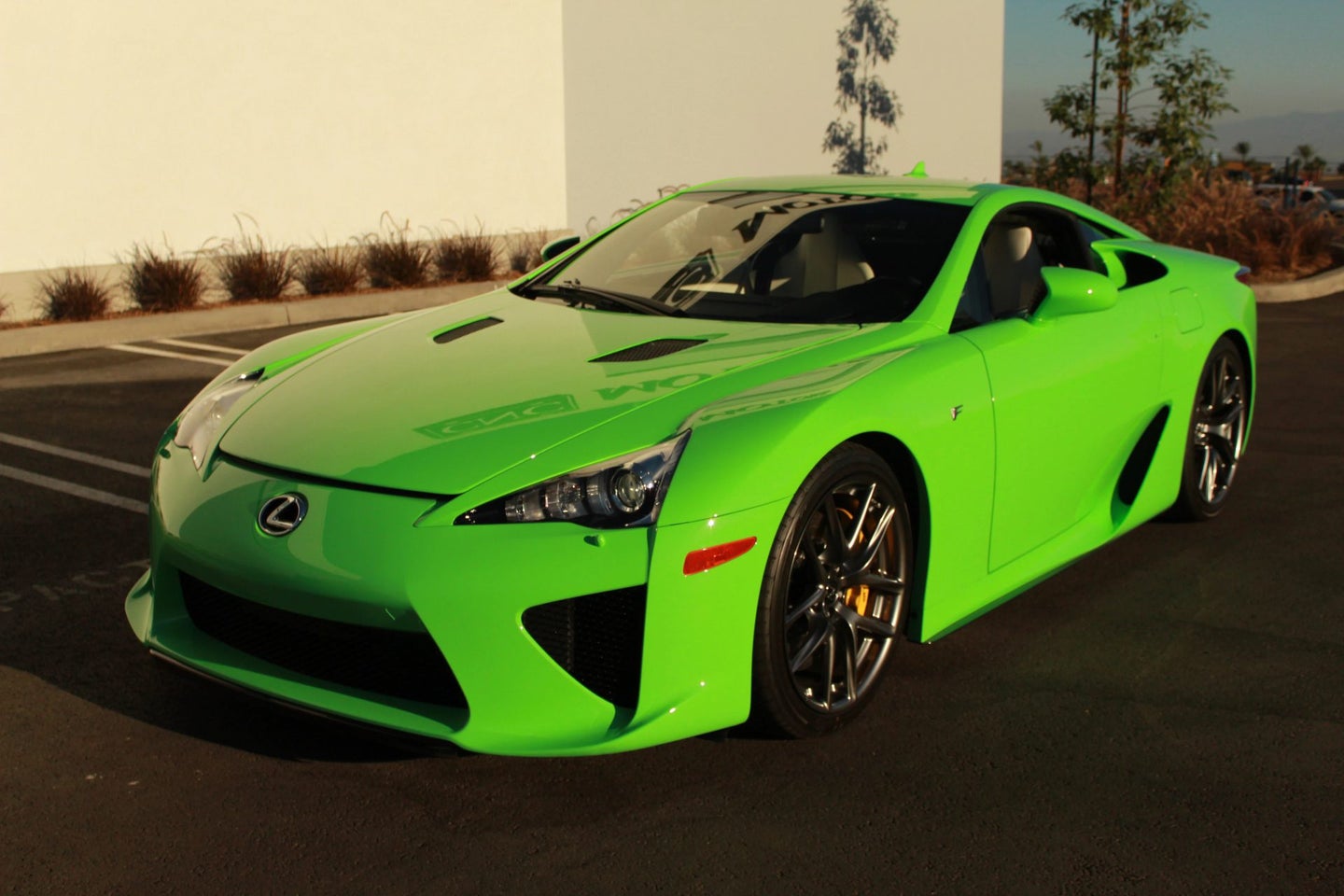 A rare 2012 Lexus LFA is currently listed at California dealership CNC Motors for $699,888, and current mileage reads 1,314. Club Lexus reports that this is one of two LFAs to come with "Fresh Green" bodywork, and the only one to match that paint color with a white interior.

500 LFAs were built between 2010 and 2012. Each of them came with a 552 horsepower naturally aspirated V-10 mated to a six-speed sequential gearbox. All that mechanical goodness was then wrapped in a state-of-the-art carbon fiber chassis. Original retail price was around $375,000, and since production ended, the price of these cars has been significantly trending upward.

According to Club Lexus, this LFA, the 250th built, was purchased in 2013 by a collector in Ohio, who put about 745 miles on it. He then sold it overseas in 2014 for the price of $399,000. About four years and 600 miles later, the Lexus has found its way to the dealer in California, being offered up for almost double its original value.

While the LFA was an interesting experiment in engineering, its high price tag compared to contemporaries meant that the flagship Lexus went under-appreciated in its time. The LFA was such a slow seller, that there are in fact still a few of them sitting new on Lexus showroom floors.

Only a few years after discontinuation, the LFA already carries a legacy. Clear inspiration can be seen in the car's spiritual successor, the LC500 coupe. Nostalgia has also made the LFA a much more desirable item today than when it was being produced. Today's collectors are willing to pay a high premium to hear that screaming Lexus V-10, or maybe just to stare at the car's wild, angular bodywork.

With all that in mind, CNC Motors should have little trouble finding someone willing to drop nearly $700,000 for this green machine.