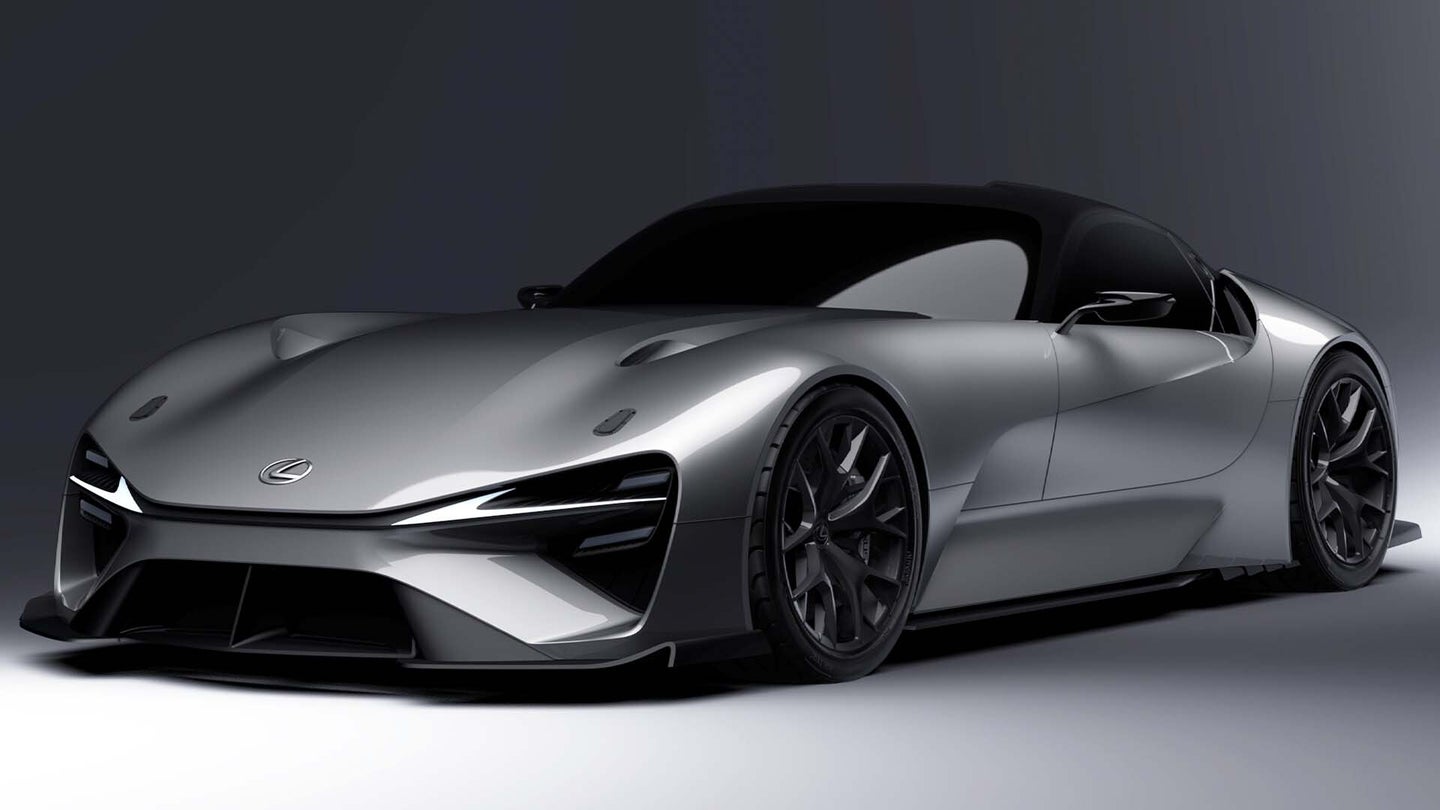 Toyota hit the news hard this morning, having shown off 15 electric concept cars ranging from a pickup truck to a promising new sports car design. If it's made, though, it'll be the lesser of Toyota's electrified sports car offerings, as the company also revealed one is on its way from luxury brand Lexus, possibly with game-changing solid-state battery tech.

The Lexus Electrified Sport concept was presented as the avatar of this new EV, which Toyota promised will achieve zero to 60 miles per hour in the low two-second range. That might be what Toyota refers to when it says the EV will feature the same "secret sauce" as the LFA, as Car & Driver reports. What's more, the car is promised to have 435 miles or so of driving range, which it may achieve with solid-state batteries.

Toyota is already road-testing a prototype vehicle with such batteries, which offer greater energy density than today's lithium-ion packs and are far safer. Solid-state batteries, though, have so far proven difficult to make work outside laboratory conditions, complicating their commercial viability. As such, Panasonic's CEO told media in 2018 that he doubted they could be commercialized within a decade; a more conservative timeline than on which Toyota's solid-state packs would have to arrive to power this LFA-succeeding super-EV.

"The endless pursuit of the Lexus driving [unintelligible] signature will move to the next stage through development of a new sports battery EV, with both proportions and low ride height essential to a sports car," said Toyota's English translator during the presentation. "It will showcase the unique driving performance of a Lexus, and become a model that symbolizes the nature of the brand."

"Acceleration time will be in the low two-second range, cruising range over 700 kilometers, and with the possible use of solid-state batteries in mind, we will aim to create a truly high-performance battery EV," they concluded.

Plus: The joys of drag racing culture, old-versus-new Land Rovers, serious talk about mental health, and nonsense from TikTok.