Toyota’s Electric Pickup Truck Could Look a Lot Like This

Details are scarce, but here’s what we know about the battery-powered truck from a glance. 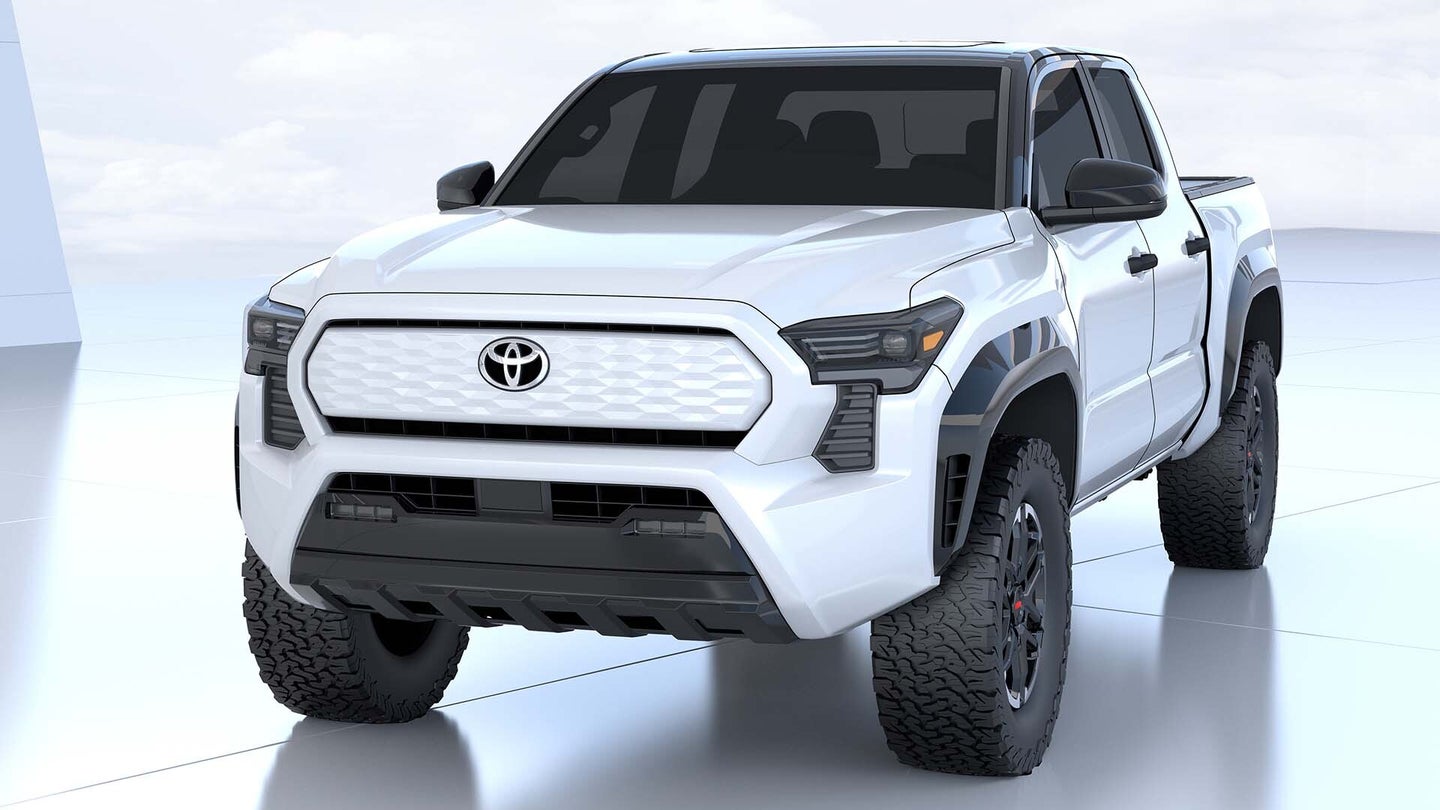 Overnight at a conference held in Tokyo, Toyota unleashed a blitz of 15 electric vehicle concepts, ranging from lux Lexuses to sports cars and utility vehicles. Among them was a pickup, one which might give us our first glimpse at the electric truck Toyota confirmed back in April.

Little is known about the truck Toyota showed off, aside from the obvious—it's a crew cab with some serious ground clearance and all-terrain tires. Its styling comes in halfway between the outgoing Tacoma and the new 2022 Toyota Tundra; the front end is a mix of the two, while its fenders and hood are more reminiscent of the Tundra.

Size-wise, though, it would appear to be closer to the Tacoma, as its cab looks to be shorter than either truck's, with relatively small windows. At that scale, it'd be less of a competitor to the likes of the effectively sold-out 2022 Ford F-150 Lightning and more a cheaper alternative to the Rivian R1T or GMC Hummer EV—more of a light-duty lifestyle vehicle.

Powertrain info is essentially non-existent, though four-wheel drive seems like an obvious feature. That could potentially be achieved by a pair of electric motors—one at each wheel seems unlikely—and as for battery capacity, we're again left guessing. The only Toyota EV we have as reference is the bZ4X, which uses a 71.4-kilowatt-hour pack.

Should this concept advance to a production vehicle, it would also likely portend an SUV as well, possibly a 4Runner equivalent, though no such vehicle was shown off. My guess is it's only a matter of time before a concept for such breaks cover, and that it won't be long before we hear something more concrete about the electric Toyota pickup that so many will now eagerly await.

Ford already has so many reservations for its electric pickup that some may be waiting until 2023.