This Electrified Toyota Concept Sure Seems like a New MR2 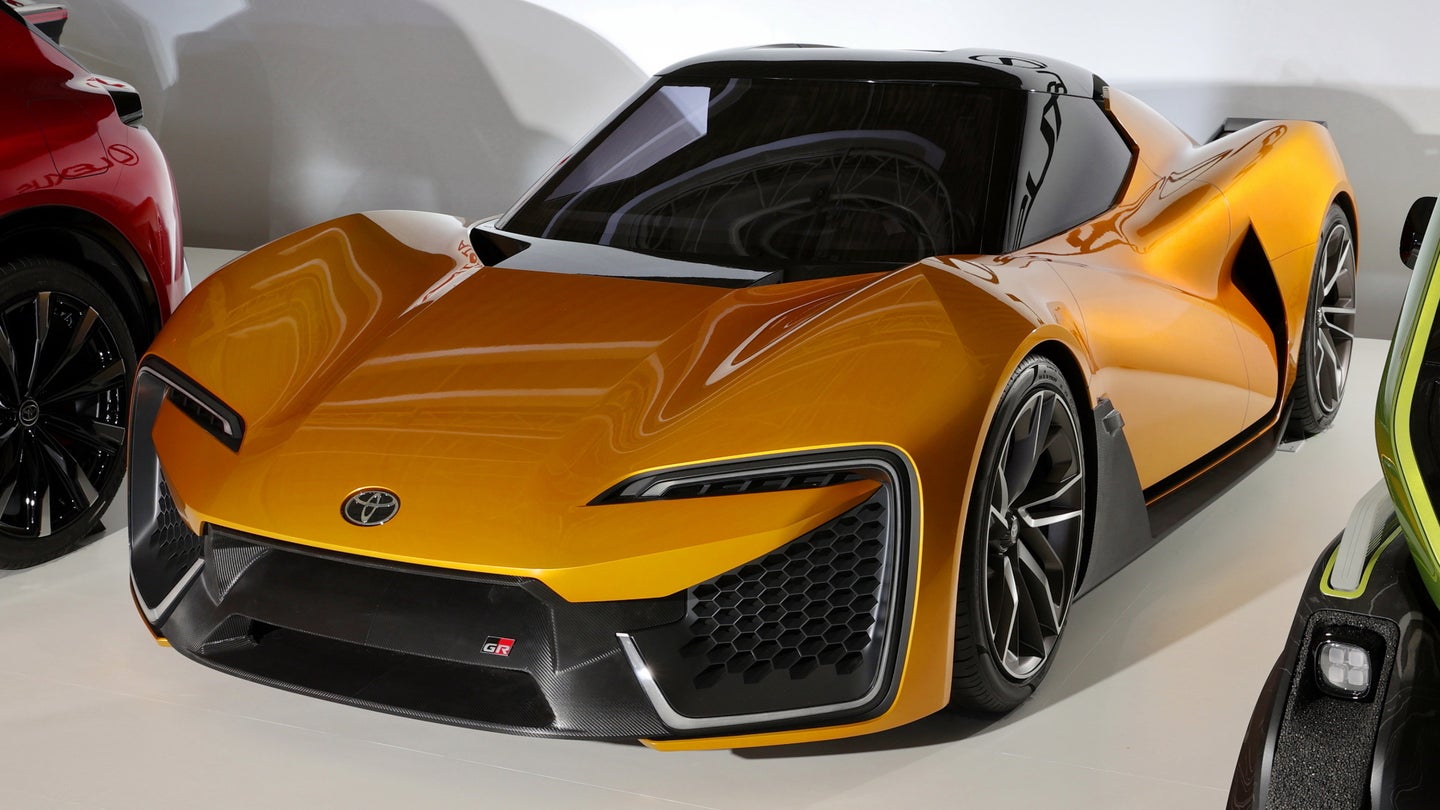 Toyota recently revealed a slew of electrified concepts at a splashy press conference in Japan. CEO and President Akio Toyoda, as well as a number of other executives from the automaker, gave a peek into the company's future. There's a lot to absorb from the whole presentation, but if you're a car enthusiast, there are more than a few bright spots, including what looks like a reborn version of the deified Toyota MR2.

Now, not much was explicitly said about this concept. Referencing a render of the vehicle, Toyota design boss Simon Humphries said "Car fans like Akio Toyoda will certainly not be disappointed" and little else. Because we're light on details, we'll have to glean info from what other executives had to say.

What they made clear is that every car Toyota previewed is more sustainable than the current combustion vehicles the company produces now. However, not all of its future vehicles are necessarily BEVs, especially in the case of GR-branded vehicles. Toyota's Chief Branding Officer Koji Sato said, "For Gazoo Racing, like we talked about [the] hydrogen engine... Motorsports is going to be the starting line to look into the possibility of the carbon-neutral fuels."

Even if the speculated MR2 is a full BEV though, which wasn't explicitly counted out, the automaker's CEO—who we just spotted drifting a GR Yaris in a parking lot—says the company's sporty electric cars will be fun to drive. "We are at a point where a more safe, more fast driving, and a more fun to drive vehicle can be developed as an EV," Toyoda told the media, noting things haven't always been this way.

Toyota has been spotted testing solid-state batteries, which promise lighter and more compact energy storage for BEVs, as well as hydrogen combustion engines. Either of these technologies, or perhaps combustion engines that run on synthetic fuels, could be used in a potential future MR2. Any other details can only be gathered visually, however.

The concept, which is not explicitly called an MR2, is unlike anything Toyota makes today. Featuring large front air intakes, GR branding, and what is at least implied to be a removable top, it certainly looks the part of a small mid-engined sports car. Hopefully, assuming all of this new drivetrain technology is light enough, it will also drive like one.

We've reached out to Toyota in an attempt to get more details about the vehicle, but until the automaker drops an official announcement, we won't likely hear much more about this car aside from leaks. In the meantime, we can rest easy knowing that at the very least, we have one more sporty Toyota coming to the U.S.