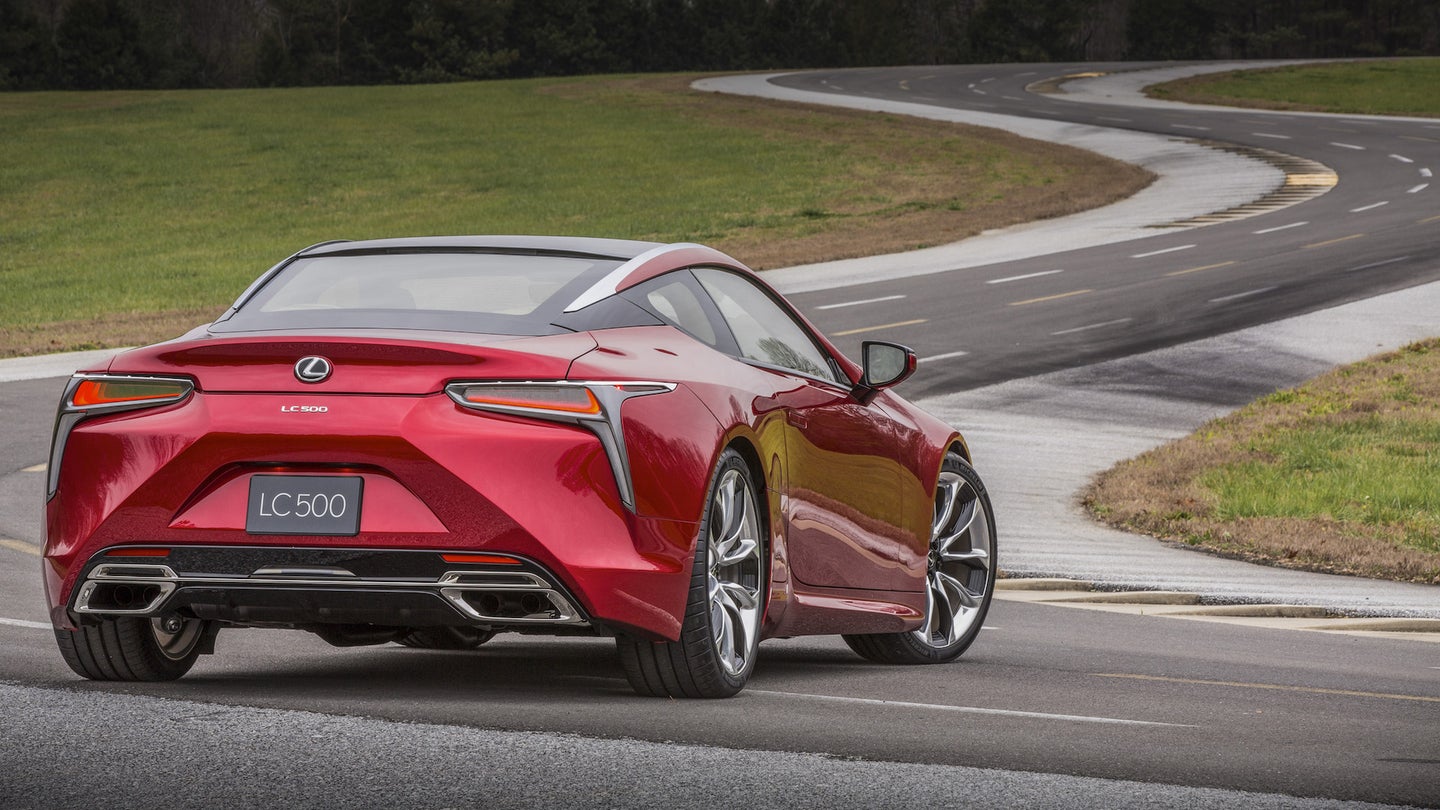 Following a report that a new, high-performance F-line model would soon top the recently-released LC coupe model range, a Lexus spokesperson confirmed to The Drive over email that the rumors are unfounded.

Car & Driver posted a story online Monday with the headline "Scoop! 600-HP Lexus LC F Coming This Fall" that included details of what the publication claimed would be a future LC F sport coupe. C&D wrote that the yet-to-be-released model would come packed with a twin-turbocharged, 600-horsepower 4.0-liter V8 engine and Lexus's 10-speed automatic transmission. The report also said that the new car would feature a new sporty body kit that has more aggressive aerodynamic pieces and increased venting, and that it would roll atop a set of 20-inch wheels. According to Lexus, none of that happening.

"We’ve been reading stories about an LC F supposedly debuting in Tokyo as well, and I can tell you that it is not true," the Lexus spokesperson said over email.

So unless this reported LC F is coming to another auto show, it appears that a proper F-model LC coupe is not on the way—at least if Lexus is to be believed.

Excitement over the LC F grew largely thanks to the void left by the Lexus LFA. The previous Japanese supercar was like nothing else the world had seen from Toyota's luxury car brand—loud, fast, unique, exotic, and special. With another large and relatively sporty Lexus coupe now sitting on dealership lots, hopes are high that the new LC coupe could fill the void that the LFA left. A new F-line LC may have been able to succeed with that, but only if it actually gets built.