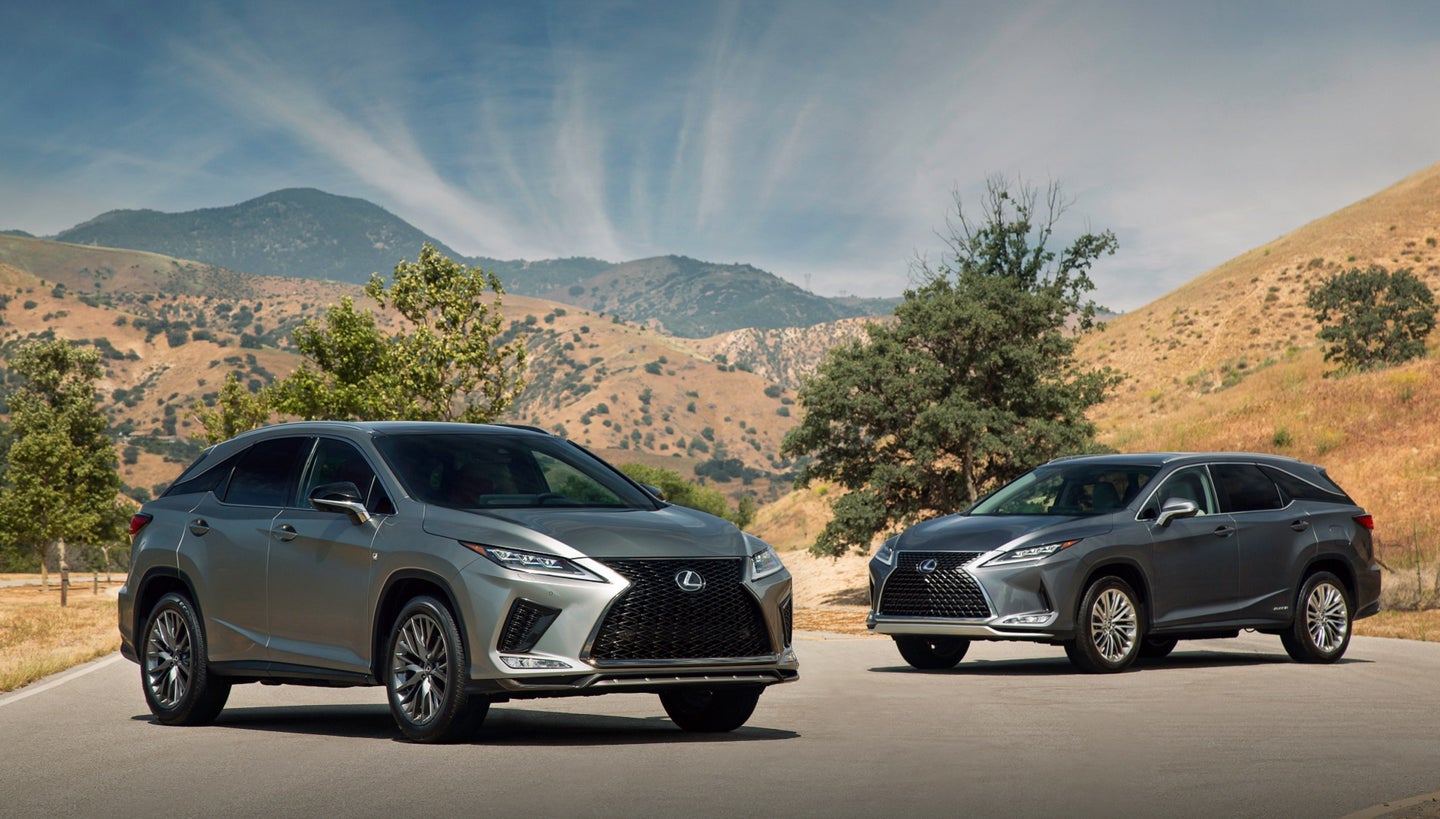 Topline: Lexus' flagship SUV is being refreshed for the model year 2020, undergoing subtle, yet important styling revisions in preparation for the automaker's 30th birthday.

What’s New: From the starting line, the hardest thing to miss is how much the redesigned RX is easier on the eyes than its 2019 and older siblings. Updated front and rear fascias have been fitted to the RX. The new shaping and contouring is said to be keyed towards Lexus' new design language – but to us, the subtle modifications feel more like comparing dialects rather than two completely different languages.

While the controversial spindle grille is still present on the vehicle, angular changes have made it appear less aggressive to say the least. Some of the harshest lines have been smoothed out and replaced instead by a series of angled shapes to promote a sense of flowing and modernization over its predecessor.

The new headlights also add to Lexus' revised design. Coined as "triple-beam" LED headlights, the housings have been made significantly more compact and sporty in order to flow with the "pinched" fascia. Changes to the rear of the RX are far less noticeable, though the taillights have changed by flipping the red and clear portions of the housing from top to bottom.

The angled reflectors also change position and become more integrated into the bumper's styling and less obtrusive to the overall look of the SUV. Lexus says that it did add an optional kick sensor to open and close the rear hatch, something which brings it in-line with most new SUVs on the market.

Looking to the inside of the car, not much has changed that would make current owners unfamiliar with the guts of the vehicle. Perhaps the biggest change surrounds Lexus' decision to upgrade its aging infotainment system. The large touchscreen in the center of the dashboard has been up-sized to 12.3 inches and now comes paired with a remote touchpad positioned just a few inches back from the gear selector on the center console.

Lexus also says that its voice control has been improved upon and can now recognize "millions of more phrases" with greater accuracy than previous versions. As in some of its other recently revised models, the RX also finally gains native Apple CarPlay and Android Auto compatibility.

Other changes help to make the ride more refined and cater to those who aren't ready to get rid of their sports car in favor of an SUV. Beefier lightweight stabilizer bars now help plant the vehicle onto the ground, and driving now has a more muscular feel with Lexus' new active variable suspension (if equipped with the SUV's new F-Sport package). Optional equipment also includes a cold air intake, active sound control, Sport+ drive mode, and beautiful Circuit Red interior.

If you're a more environmentally-friendly driver looking for fuel-economy, Lexus will also offer the SUV in its popular hybrid configuration which pairs its 3.5-liter V6 with two electric motors that power the rear wheels in lieu of a driveshaft.

Quotable: “The new 2020 Lexus RX improves our best-selling vehicle with a focus on the future of the brand – one of sophisticated yet bold design,” said Lisa Materazzo, VP of Lexus' marketing team. “We heard very positive feedback from our US guests about their experience in the RX, and we worked to improve upon the success with key areas of focus.”

What You Need to Know: This is Lexus' quintessential response to a mid-model refresh. And while the style changes are minuscule, they add a certain pizzazz to an otherwise typical luxury SUV. Lexus says that production of the 2020 RX and RXL will begin in Q3 2019 with pricing to be announced closer to its release date.

A three-row variant of the luxury automaker’s best-selling crossover is on its way.