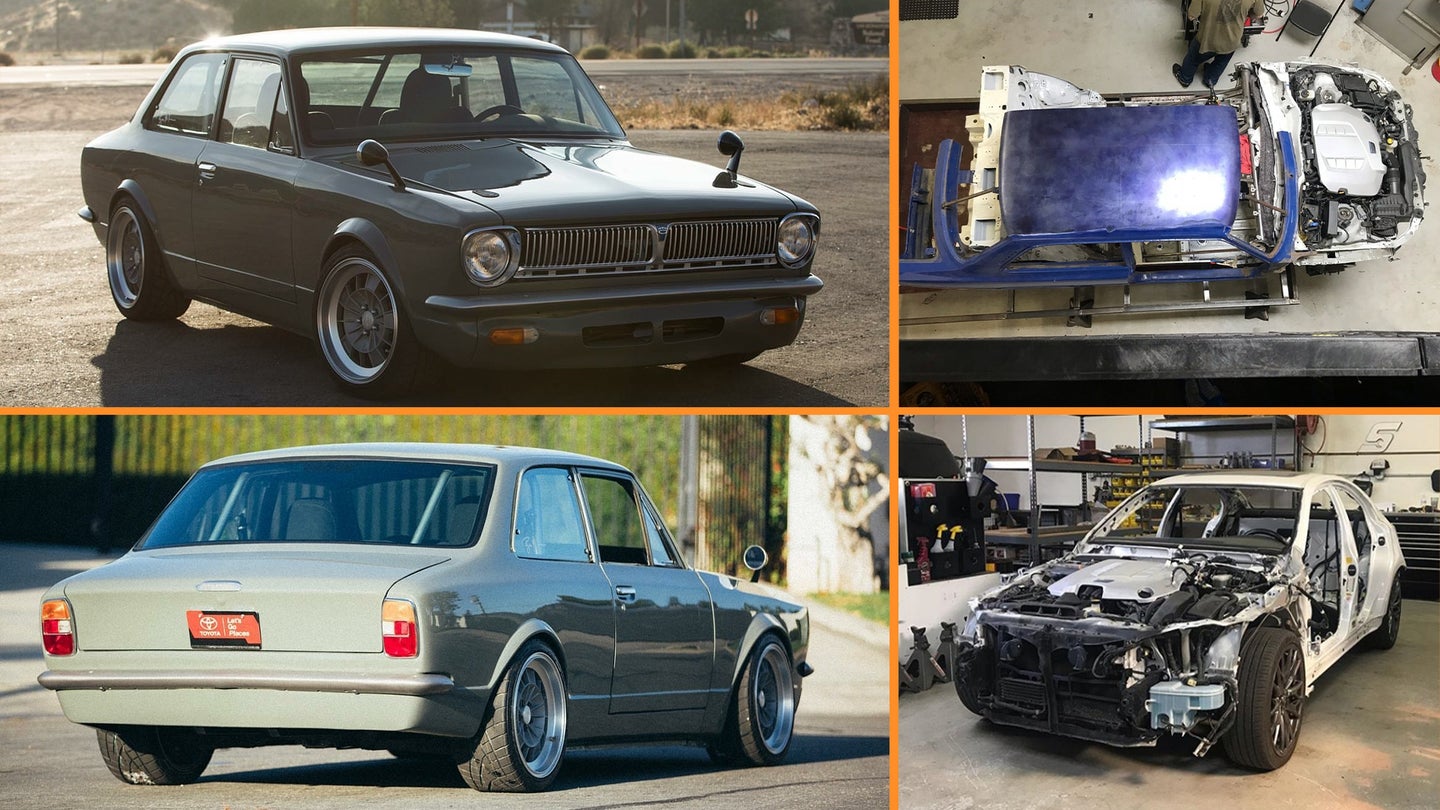 Typically when someone restores a classic Toyota, the project involves some sort of Supra, Celica, or Land Cruiser. Models like the Corolla, for example, hardly get any love in this respect, unless it’s the highly coveted “AE86” Sprinter Trueno model. Professional IMSA race driver Ryan Millen decided to take on a more unique challenge, though, giving a first-gen Corolla some extensive attention. Instead of simply restoring one and swapping in a more modern powertrain, Millen instead grafted the body of a 1969 Corolla over the chassis and 400-plus-horsepower engine of a 2010 Lexus IS F for a special customer.

Yes, it’s as crazy as it sounds. MotorTrend recently featured the project, which cost nearly $250,000 to build according to Millen. Created especially for Javier Quirós, a major Costa Rica-based Toyota importer, the project came to life after his search for an equally vintage Corolla failed in an attempt to pay tribute to his father.

However, rather than find an original Corolla—a difficult feat since the cars themselves are relatively rare or often in a state beyond repair—Quirós decided to make his own with Millen’s help.

It started off with two donors: a 1969 Toyota Corolla coupe and a 2010 Lexus IS F, which was reportedly totaled in an accident in Southern California at one point.

As you’d expect, a lot of custom fabrication had to be done to make this mating happen, especially since the IS F is considerably larger than the Corolla. To make it work, Millen sliced the original Corolla’s body in half so that he could widen it by a whopping 11 inches and lengthen it by three inches. To compensate, he also lopped 14 inches off the IS F’s wheelbase so it would line up.

Millen then fabbed the car’s wheel wells, fenders, and front fascia while shaping the custom trunk and hood out of fiberglass, all with his own hands.

Now complete, the IS F’s wondrous naturally-aspirated 5.0-liter V8 and eight-speed automatic transmission powers the rear wheels with a rev-happy 416 horsepower and 371 pound-feet of torque. Since the entire bottom half virtually retains the IS F’s underpinnings, the car’s original double-wishbone front and multi-link rear suspension remain, but with custom Tein adjustable coilovers and a custom Borla exhaust.

The result is what Millen describes as a very usable but fast and sporty cruiser, featuring all of the vintage allure from a ’69 Corolla with the modern creature comforts of a newer vehicle, particularly since the car’s center stack and dashboard also came from the IS F.

"I've built plenty of race cars in my life, but those are way easier to build than this," Millen told MotorTrend. "It's pretty wild when you have the idea of what you want to do and then begin actually doing it."