ElectroMotiveLA looks to help educate and guide Angelenos about the EV-buying process, and benefits. 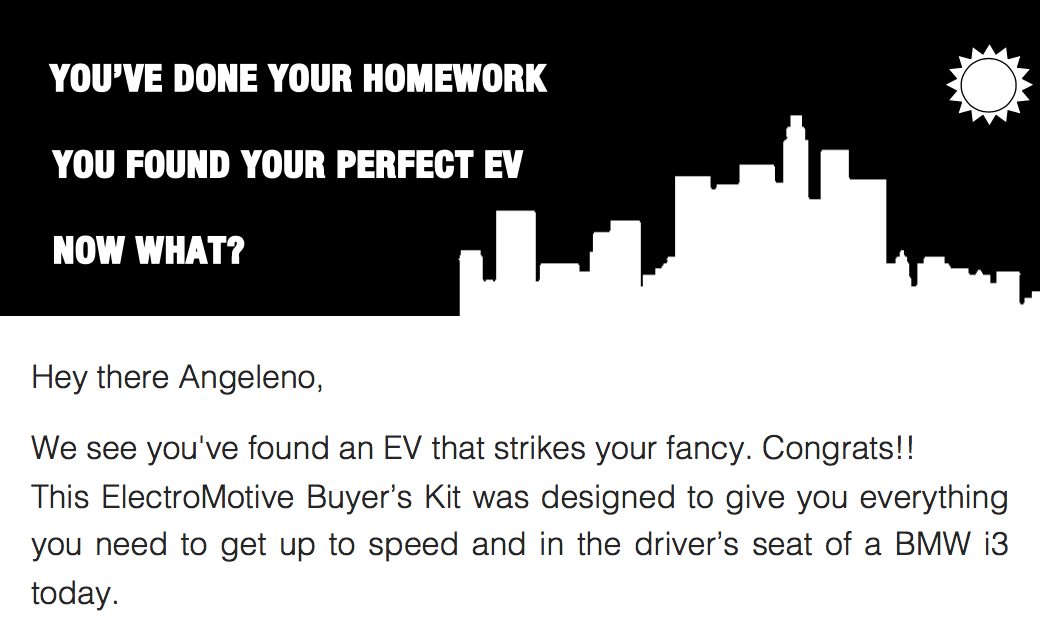 LA loves nothing better than the next new thing—and if it's tech-y and environmentally-friendly as well as being trendy, well, you're made in the shade. This is certainly the case with electric vehicles, which remain hugely popular in the Golden State overall (relatively speaking, at least). Recently, LA found itself the target of a new online initiative to spread information about the benefits of EVs, complete with online tools to simplify the shopping process.

ElectroMotiveLA is a joint effort of The 11th Hour Project, which focuses on then environmental impact of human activity, and Insight Campaigns, a "social impact communications consultancy," and receives no funding from the automotive industry. The site will hook up LA residents with their perfect EV based on the results of an online quiz; educates them about tax incentives available federally and in-state, plus carpool lane benefits; breaks down the ins-and-outs of electric vehicle and charging technologies; and even provides detailed buyer's guides for specific models like the Tesla Model S and BMW i3.

“People tell me not only do they not know about electric cars, they don’t even know where to start,” said Stefanie Garden, co-creator of ElectroMotiveLA, to the LA Times.

That may be less true of Los Angeles residents than those in most other parts of the country, so the long-term plan is to replicate the ElectroMotive model elsewhere. And while the site has a bit of the true-believer tone—it seems to take as fact that EVs are overall more environmentally-friendly than ICE vehicles, even though that is up for debate when you consider not just tailpipe emissions, but the entire lifecycle of the car and batteries—ElectroMotiveLA is a wealth of specific and useful information with a clean, engaging design. Let's hope the initiative expands outside of the SoCal bubble to where it's needed most.