Ford Dealers Will Finally Be Forced to Learn About Electric Vehicles

The split between the company’s combustion and electric cars is going to shake up its dealer network, whether they’re ready or not. 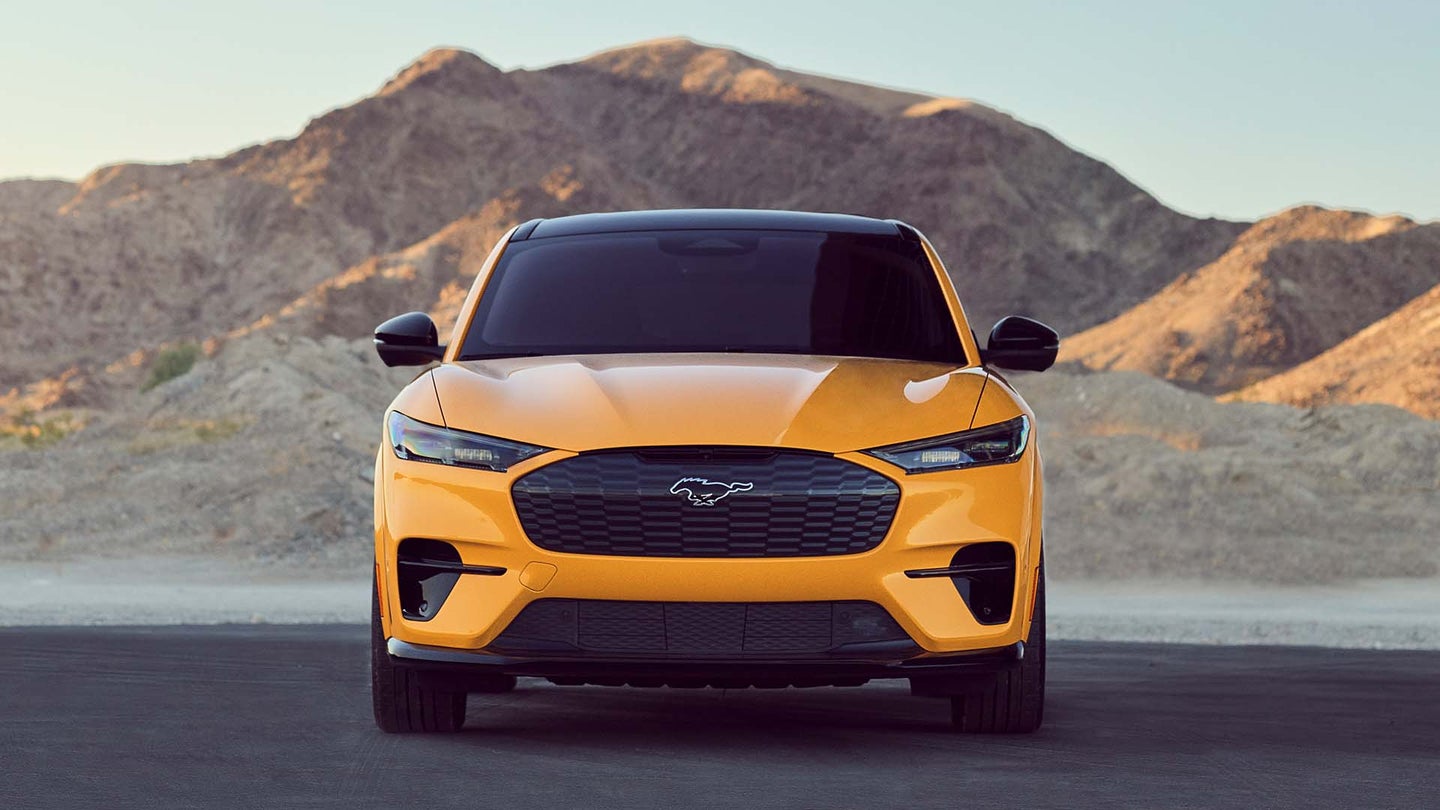 In the wake of the decision to split its EV and gasoline vehicle divisions, Ford has announced that its dealers will need to "opt-in" to selling EVs along with normal combustion cars, according to Automotive News. While the company has no apparent plans to create new dealers or work outside its network of roughly 3,100 existing retail stores, Ford CEO Jim Farley said in an interview that dealers should "get ready to specialize."

Ford's strategy will rely on feedback from these very dealers over the coming months, and won't be fully implemented until January 2024, AN reports. Dealers that currently sell the Mustang Mach-E, E-Transit, and are anticipating inventory of the new F-150 Lightning can continue selling them for the next year and a half. In the interview, Farley explained that Ford's goal is to be "much more efficient and a lot more online" while continuing to use the in-person nature of dealers to its advantage. The new dealer agreement isn't finalized yet, but Ford executives have made clear they hope for a no-inventory, direct-order model, as well as non-negotiable pricing and smaller facilities for dealers.

Farley explained that the company is using Tesla as a comparison for the shift. Tesla, one of Ford's main EV competitors, works off of a direct sale model, which Farley estimates helps Tesla save almost $2,000 per vehicle. But he added that "not everything can be done remote" and that Ford still understands the importance of brick-and-mortar dealerships in customer satisfaction. Dealers themselves have praised Ford's decision publically, although in discussions with Automotive News some have expressed concerns about smaller market dealers being priced out of EV sales.

Additionally, given that dealers have been using the limited supply of Ford's most popular vehicles as an excuse to make pricing very much negotiable—often in their favor—it remains to be seen if the split will help control ever-increasing dealer markups. Farley has already made clear that unreasonable markups will impact dealers' ability to get order allocations, and Ford itself has stated "negatively impacting customer satisfaction" (i.e. massive fees for dealer adjustment pricing) leads the company to "reserve the right to redirect that dealership’s allocation of the F-150 Lightning for the entirety of the 2022 model year."

More details are yet to be announced about the finalized split, but hopefully, consumers can expect to see a lot fewer markups on Ford's electric lineup soon.

Ford to Split Its EV Operations Into a Separate Business Unit