The 2.0L 4-Cylinder Toyota Supra Can Still Hold Its Own on the Touge

This crack team of drivers know how to push a sports car to its limit. 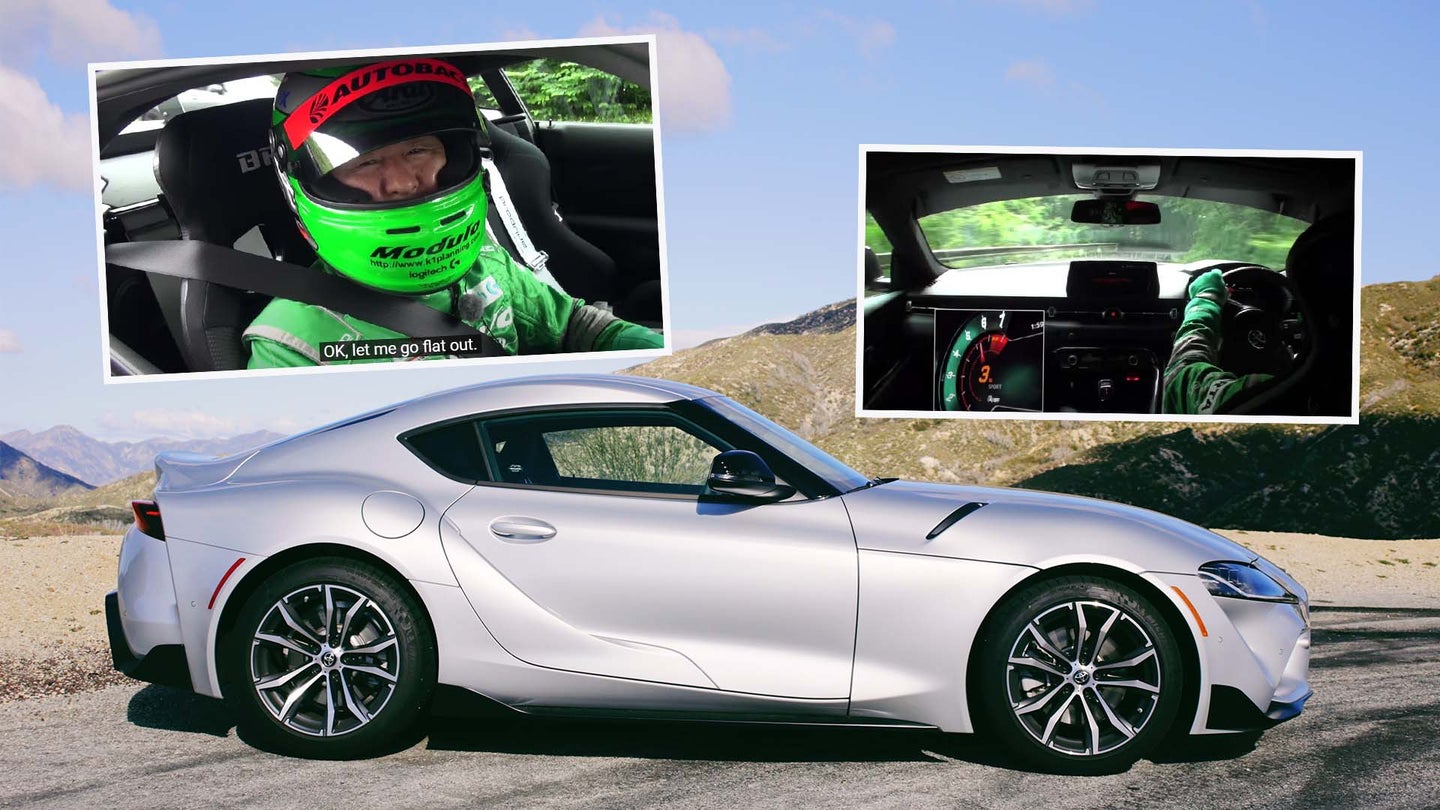 While automakers compete for bragging rights and big specs, I feel like the lower-trim versions of enthusiast cars like the Toyota GR Supra 2.0 sometimes get forgotten about. I personally like the smaller-engined Supra, though the general consensus seems to be that it's fine and fast enough... nothing more. To find heartier detailed insight, you just have to do some digging. This is where Best Motoring (BM) and its endless supply of driving authority comes in. These cats took the Toyota GR Supra 2.0 to the limit and explained why it's a great-handling chassis.

The Japanese outlet has been utilizing seasoned race car drivers to review stock, tuned, and heavily built race cars for over 30 years. Therefore, when it comes to any chassis that's been engineered for fun in the twisties, straightaways, or both, people should always utilize the BM Test: Does this outlet dig the car or not?

When it comes to the GR Supra 2.0 and its sibling the BMW Z4 sDrive30i, BM likes them a lot, and sees a lot of potential in the aftermarket for these angry turbo-four fraternal twins.

The two examples that are highlighted are obviously pretty modified, especially when it comes to their respective power outputs. But having less weight over the front tires shines through nonetheless, and the drivers, racing and drifting legends Max Orido and Keiichi Tsuchiya, give them both strong marks.

I really like the Supra 2.0. I recently enjoyed a fun week with a bone-stock example, and it indeed has less going on than the 3.0, but in a good way. The smaller turbocharged inline-four weighs less than the six (naturally) and sits entirely between the front shock towers, which translates to a lighter-feeling, quick-turning front end. The chassis feels nicely balanced and also more befitting of its 255/40/18 front and 275/40/18 rear tires, as there's less power to overwhelm them, so it feels overall more planted and confident in the corners. When you think about it, 275-wide rear tires are a lot of rubber for 255 horsepower from the factory, so there's ample grip for tackling tight, twisty roads.

As is common with Best Motoring content, the video's entertaining, with the fun banter that's downright chuckle-inducing at times. They really dig in deep with impressions, specs, and details behind each respective build, too.

I'm glad this outlet is still running on YouTube after so many years as a performance-driving institution. No matter what the car is, I always throw a Best Motoring report into the mix when I'm trying to get an initial understanding of how it performs.