It's a combination of ideas, new and old. 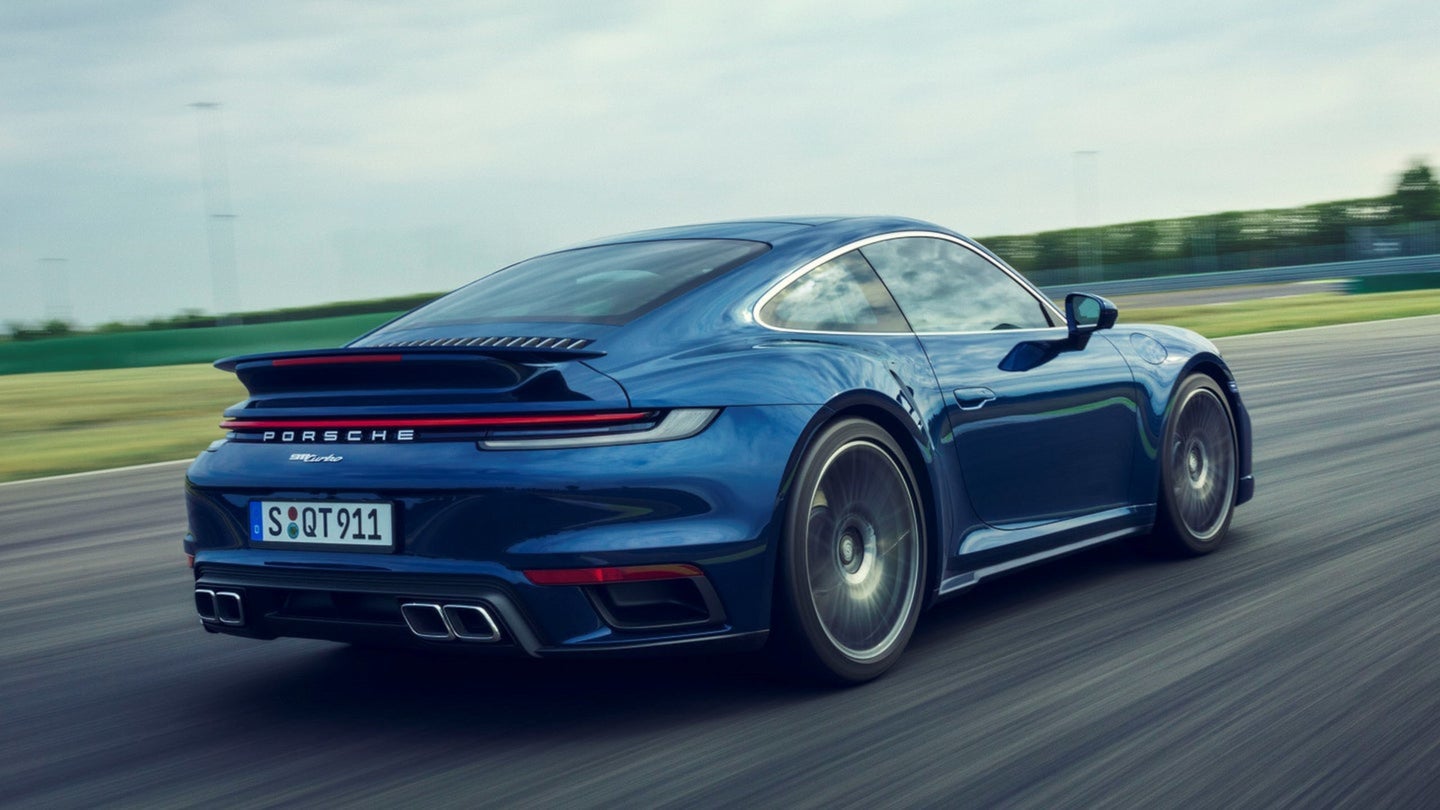 Electric turbochargers were a long time coming. Despite the obvious benefits of a turbo that could be spun up to boost pressure via a motor, automotive electrical systems simply weren't up to the task until recently. With the technology becoming more established, Porsche has applied for a patent for a unique twist on the idea, as reported by CarBuzz.

The patent draws some inspiration from a traditional twin-turbo setup, where two smaller turbos are used for quicker response, particularly at low RPM. In the Porsche concept, two small exhaust turbines are used on their own, with no mechanical connection to a compressor. The small, responsive turbines power generators instead. A single large compressor is then used at the intake, powered by a motor. The design also features a bypass valve to allow exhaust to flow past the exhaust turbines when energy is not needed, allowing for greater efficiency when cruising and essentially acting as a wastegate.

This setup enables the compressor's rotational speed to be divorced from that of the turbines themselves. This means that boost can be produced at any RPM as long as electric power is available, effectively eliminating the issue of turbo lag. Pairing the generator output from the turbines with an energy store such as a battery or capacitor bank would allow this operation.

The design allows the use of a large, higher-flowing compressor for greater efficiency without the usual penalty of sluggish response. Normally, bigger compressors are slower to spool as a bigger turbine and more flow is needed to get them to speed, meaning boost doesn't come on until a higher RPM.

Various designs for electric turbochargers have been on the horizon for some time; the technology has seen use in Formula 1 and is beginning to trickle down to street applications, too. Electric superchargers have found purchase in the marketplace, too; one example being on the inline-six found under the hood of the current Mercedes-AMG E53.

It's an innovation we could see roll out on Porsche's cars in coming years, or it may simply be an idea that never quite comes to fruition. However, with automakers always looking for an edge in performance, and government regulations getting ever tighter, it might be just the ticket to getting the last few combustion-engined Porsches across the line before the all-electric future dawns.