Deflating and reinflating your tires off-road is a pain. Ford's latest patent application could fix that. 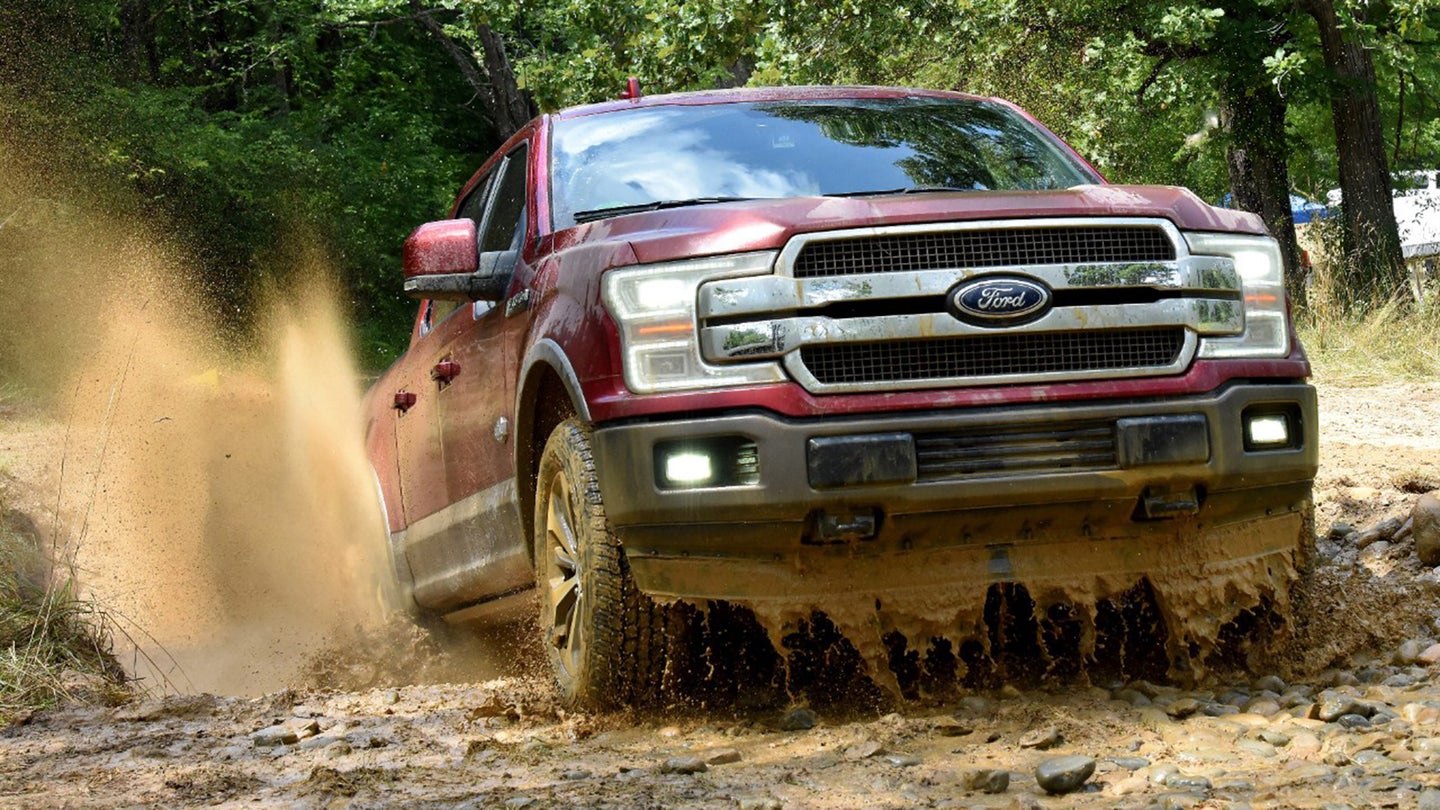 In their unending quest for a competitive edge, automakers will dream up some truly out-there patent applications just to preempt anyone else with the same idea and claim the technology or technique as their own. The chances of Toyota's bizarre telescoping tail actually reaching production are nil, for example. But the latest filing from Ford, recently uncovered by AutoGuide, falls decidedly on the practical (and realistic) side of things: a new electric supercharger that can also serve as an onboard air compressor.

At its core, a supercharger is simply a device to cram more air into the engine and boost its power. The trick here is just an extension of that principle, using an active valve to seal off a portion of the plumbing when the vehicle is idling and transform it into a miniature compressed air tank. Using an electric power source rather than a mechanical connection to the crankshaft means it will be able to run effectively without revving the engine or causing any power loss.

"Compressed air can then be picked up directly from the sealed portion for use in tire inflation, or picked up via an ejector to provide vacuum for vacuum actuators," the patent application reads according to AutoGuide, which also posted an explanatory diagram from the document.

The idea of using the supercharger to run a central tire inflation system (or just to eliminate the need for standalone portable air compressor) would be hugely helpful in an off-road setting, where airing down and re-inflating the rubber is a vital and time-consuming step in maximizing traction and preventing punctures. It would be a really neat party trick for the next-generation Ford F-150 Raptor to be able to bring its tires back up to street pressure at the push of a button.

The compressed air could also be used to adjust a truck's air suspension, while the vacuum side of things could aid in braking. Whether or not this technology ever gets close to production remains to be seen, but we won't complain if onboard air compressors become the latest front in the ongoing full-size pickup truck wars.

How To Plug a Tire
The Drive
MORE TO READ