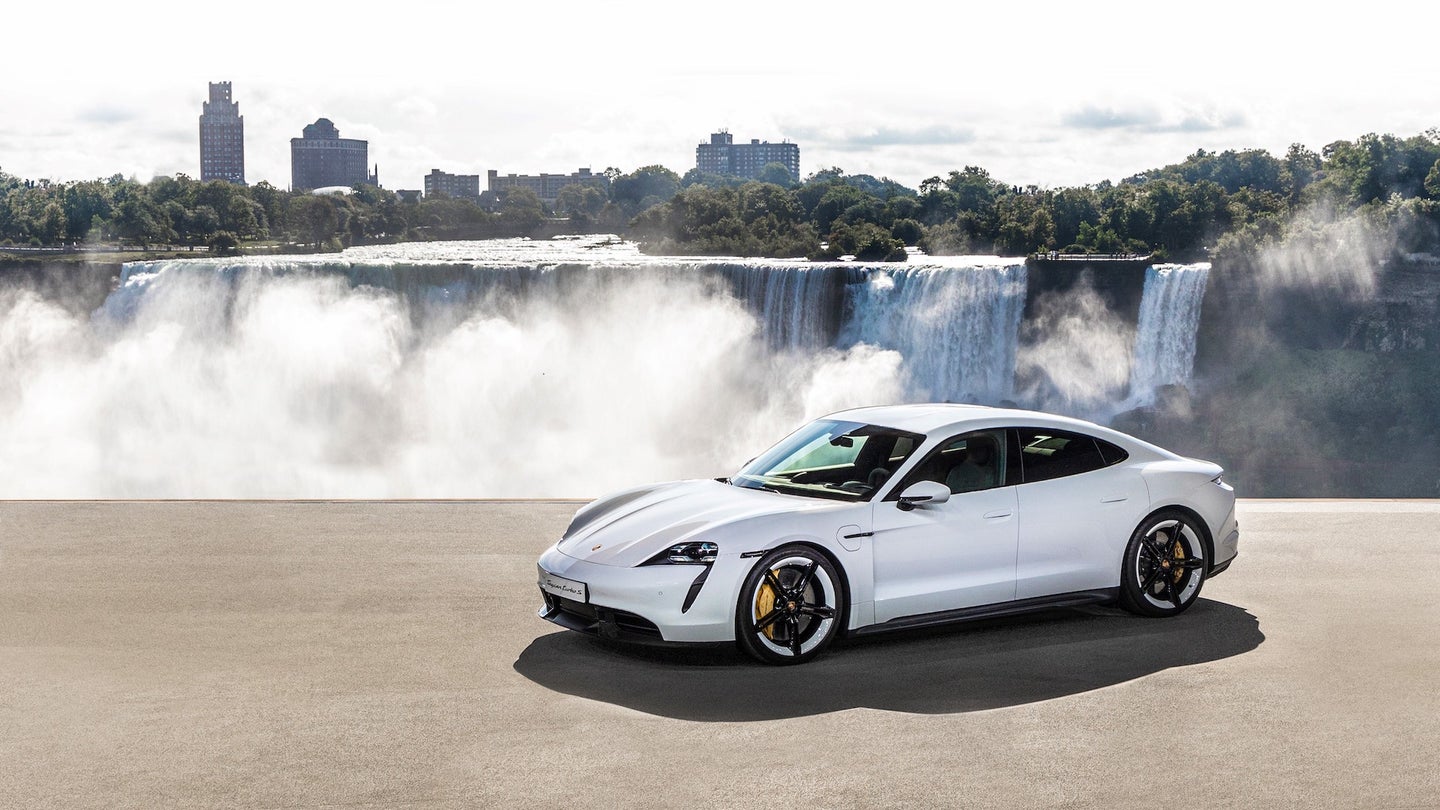 The 2020 Porsche Taycan is easily one of the most talked-about vehicles of this year, and rightfully so. It has a smorgasbord of impressive specs that match the hype, including a 2.6-second zero to 60-mile-per-hour time in top trim and as much as 750 horsepower. That said, it seems like the electric performance car's range may not be up to snuff if a recent rating released by the Environmental Protection Agency (EPA) is to be believed.

The regulating body returned a range of just 201 miles on a single charge for the Taycan Turbo, far less than expected and advertised by the Stuttgart automaker.

It doesn’t take a mathematician to figure out that 201 is far less than the advertised figure of "up to" 300 miles, so it's no surprise that Porsche has gone into damage control mode. The manufacturer has already enlisted AMCI—an independent company—to run its own range tests. Those results showed an estimated range of 275 miles, which is much closer to Porsche’s claimed number for the Taycan but still a bit off the mark. Range estimates for city driving were closer, landing at 288 miles.

Early tests from journalists have shown that the Taycan’s range numbers don’t mean much when you’re really giving it the beans, because the batteries drain at a significantly higher rate under hard driving, much like other EVs.

AMCI’s findings are all good and well for Porsche, but it doesn’t change the fact that the EPA number is the one that has to be displayed on the Taycan’s window sticker. That fact is sure to make Tesla boss Elon Musk happy, and it puts Porsche’s new and premium EV in a tricky spot as it's more expensive and less charge-efficient than the Tesla Model S P100. The company could possibly make improvements to the Taycan's software and may even tweak hardware in the coming months to bump the car's range close to its advertised numbers, but the initial tests add up to a big headache for Porsche.