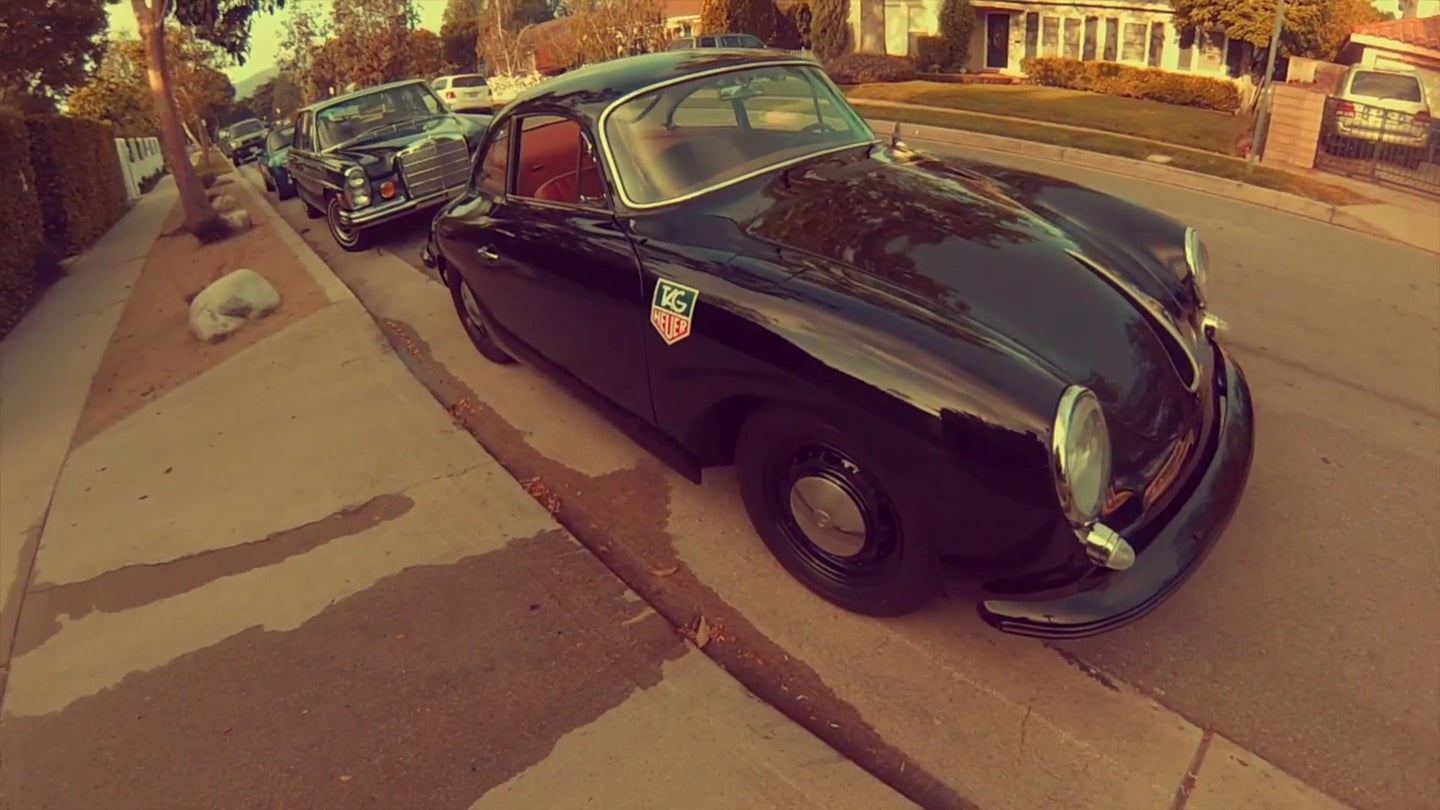 If you've ever been behind the wheel of an old Porsche, you'll know that there is a connection between the old guard and the new. There is something intrinsic in the way Porsche designs a car that feels familiar, whether it be a Boxster, a 944, an aircooled 911, or a 50s era souped-up Beetle (that'd be this car). Porsche has been building excitement into their cars since the very first one came off the dirt-floor assembly line in an old Austrian sawmill. The 356 is a fun little number to bomb around in, and the disc-brake models from 1964 and 1965 are perhaps the best of the bunch.

These days Porsche seems to be more concerned with the numbers on their dyno sheets and zero-to-sixty times than they are with driving joy. Don't get me wrong, Porsche is not alone in this, nearly every manufacturer is guilty. If you drive a 356 back to back with a new 911, you can still feel the lineage present in the new car, but you'll be more engaged and have more fun (especially at legal speeds). There's something about a small, lightweight, low-power machine with low lateral grip and a tendency for rearward weight bias to really bring out the fun in motoring.

This particular car has been fettled with a bit, featuring more modern design tires, some chrome trim delete (including a lack of windshield wipers), and an engine that's been bumped up from 1600cc to 1720. This car, in its day, provided everything you needed to drive, and not much else. It was rudimentary transportation in a gorgeous sporty shell, yet when you wanted to go for an engaging drive in the hills, you absolutely could.

For the record, we disagree with the narrator's assessment of the 912 completely. We prefer to think of the 912 as an extension of the 356 lineage, but with an updated and more modern suspension design. The original 912 was a great way to get into the Porsche brand. If you think of it less as a "911 lite" and more a "356D" it starts to make more sense. And with 90 horsepower to the 911's 110, it wasn't that much less power and weighed some 200 pounds less than a same-spec 911. Sounds like a win in our book, but that's beside the point.

Ferry Porsche was once famously quoted as saying “Our cars are meant to be driven. Not polished.” Mark tends to keep that sentiment close to heart.