The racer succumbed to injuries from being hit by a car on his bicycle while training in Italy. 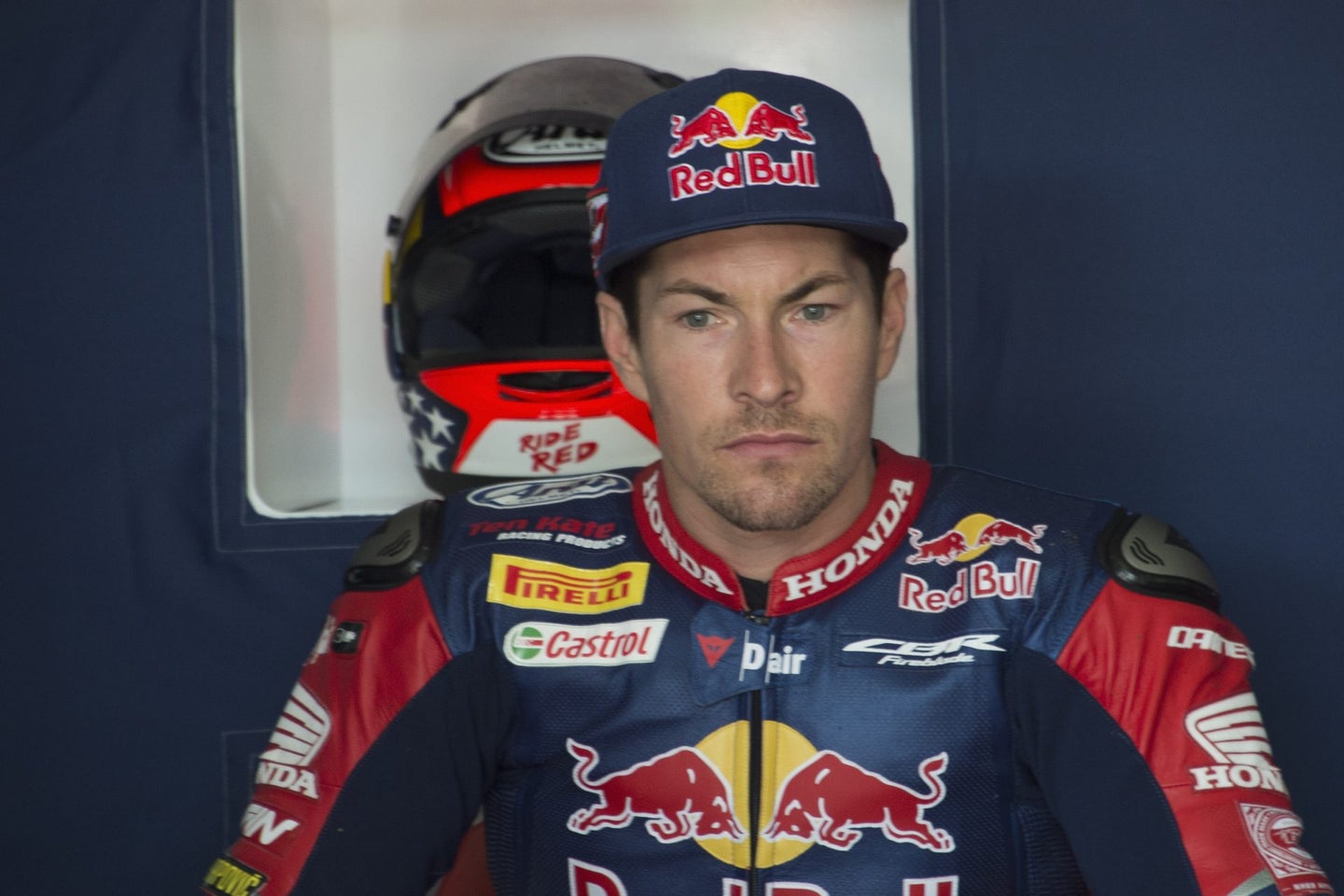 American motorcycle racer Nicky Hayden has died at the age of 35 in Cesena, Italy after being severely injured in an accident on Wednesday. He was training on a bicycle on the Rimini Coast when he was hit by a car sustaining chest and head trauma.

Hayden was arguably the best American motorcycle racer of his time being the last American to win a MotoGP championship. He grew up in Owensboro, Kentucky and started riding as a toddler with a miniature flat track at his home. He took the number 69 because that was his father’s number, also a motorcycle racer. His father, Earl Hayden, joked that he “crashed a lot” so he “needed a number that you could read when I was upside-down.”

Hayden joined the Superbike Honda factory team in 2000 and won the championship in 2002 becoming the youngest racer to win the title at the age of 20. That victory swiftly got him into the big leagues; MotoGP, still with Honda, where he won rookie of the year in 2003. Hayden went on to narrowly dethrone the legendary Valentino Rossi after a 5 title streak by winning the 2006 MotoGP championship. He moved back to the Superbike World Championship with the Red Bull Honda team starting in the 2016 season.

Nicky Hayden will be missed not only by his loved ones, but by the sport he was passionate about and the racers who admired him.

…then returns to lay down an absolute scorcher in qualifying.

Ruling, if adopted elsewhere, could be life-changing