As chosen by Porsche, here are the five hind ends that get them excited 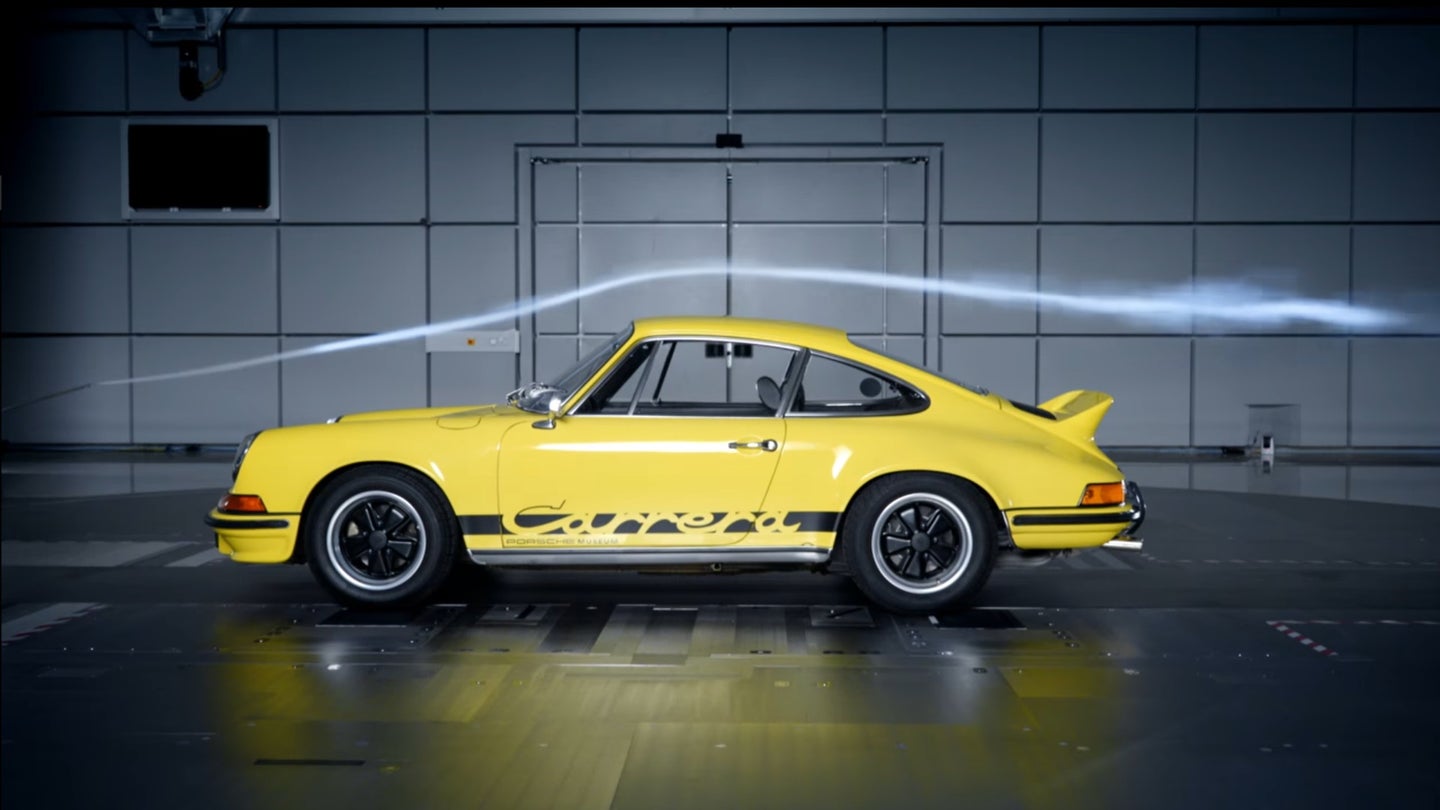 Porsche has their own fantastically advanced wind tunnel facility, and they use it to test each and every car that comes out of their facilities, from racing prototypes to road cars. This wind tunnel has seen a lot of use over the years and has helped Porsche develop into one of the leading sports car manufacturers in the world. They've come a long way from the earliest bathtub 356s and aero research has helped them along the way. For this video, they've trotted out one of their big guns, Herr Norbert Singer, former head of motorsport for the Werks program. So here we have it, Porsche's list of the top five wildest rear spoilers and wings they've ever built.

We'd argue that this isn't even the wildest rear wing that Porsche produces right now, but it is a quite aesthetically pleasing setup with a small GT-style rear wing on risers with a ducktail-esque lid spoiler below it. This wing would be more effective if it were sitting up a bit higher into the clean air, but the GT4 is one of our favorite cars Porsche has ever built so we won't fault it too much.

The full-width rear wing of the 959 is oxymoronic in its ability to be equal parts subtle and in-your-face at the same time. It's curved and flows with the side profile of the car, giving the car a soft and swooping rear body extension. Then again, it's massive, and it's the first thing your eye is drawn to in the 959's shape. Is it wild? Sure.

You didn't think we could make it through this video without seeing the Carrera RS ducktail? It's perhaps Porsche's most iconic model and has been copied time and time again. This rear appendage helped the 911 develop into a full-fledged racing car. The first real use of well-crafted aero for a Porsche street car. This one was the car that started the aero revolution at Porsche.

The Panamera Turbo's rear deployable wing certainly caused a stir among Porsche fans when it was launched late last year. It was memorably viewed as something Iron Man himself might dream up when it was first shown off in a Porsche video. It's pretty trick, and definitely wild, but worthy of the top-five?

This car was originally given the nickname "Moby Dick" after its widened fenders and huge rear extension with massive wing were unveiled in un-liveried white and earned the title "der weiße wal" or white whale. It is technically a racing car based on a 911 platform, but obviously, it'd been stuck with a few appendages that amended the design a bit.

What do you think? Is this a good list, or is something missing that you'd hoped would be included? Should it have been four road-going cars and one racer, or has Porsche's racing career deserved more recognition in a video like this?