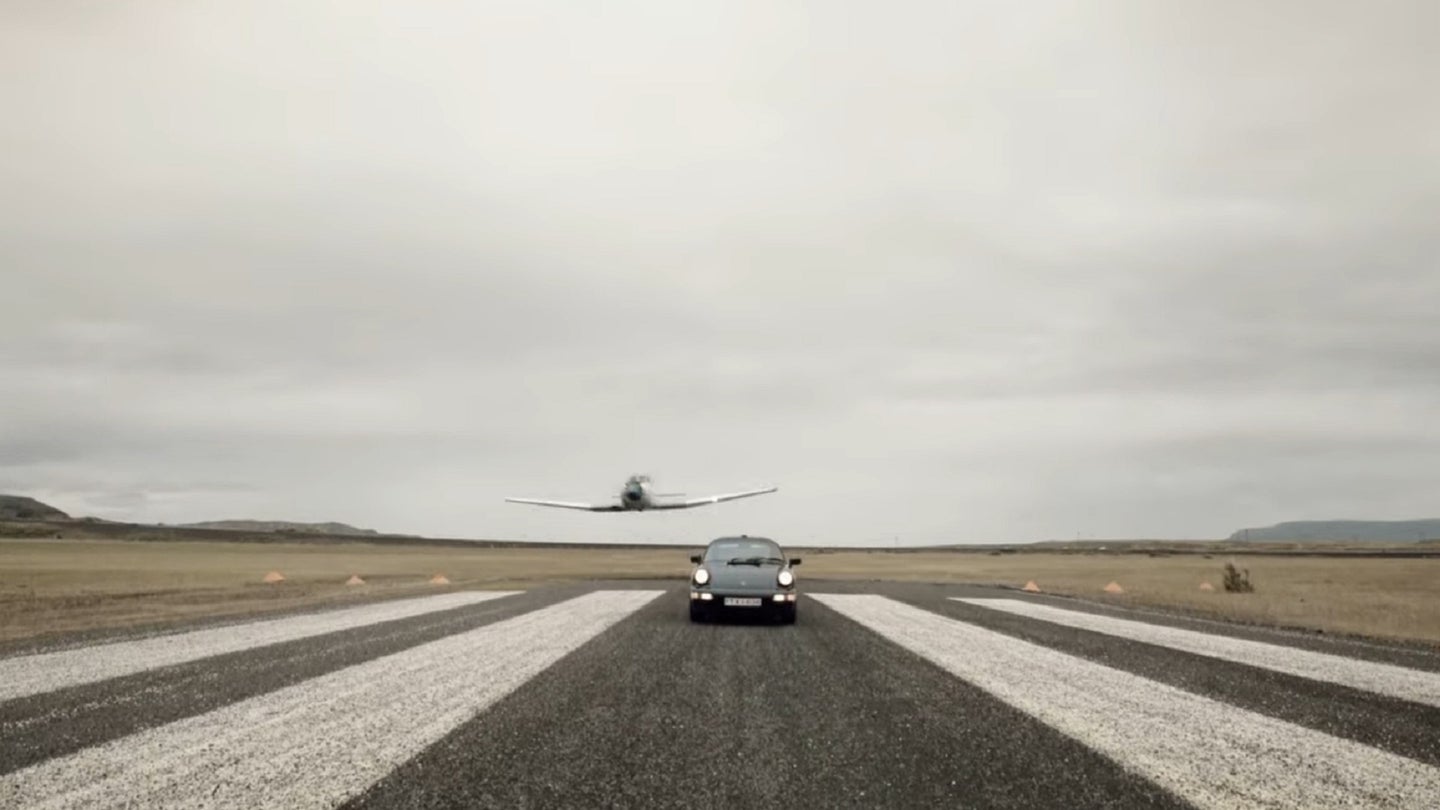 Any Porsche is a rarity in isolated Iceland, and for Peter Lentz this aircooled Porsche was a stroke of luck. He didn't have many options, as there are not often many cars for sale in Iceland, particularly sports cars. Sure, he could live elsewhere, but his family is in Iceland, he likes the people, he likes his job, and of course now he has his Porsche. It may not have been his first choice when buying a Porsche (he really loves 924s) but he's grown to love it. It's hard to not love this beautiful black 964.

Living at the northern 64th parallel has its advantages, with some beautiful roads and seeming isolation out on the plains. It's quiet and comfortable to cruise along in the Porsche. He gets his speed fix by flying really fast planes instead of driving really fast in his Porsche, because 'on the roads it's not so sensible'. That's a very Northern European way of life, following the rules and taking life a bit slower. He may have a fast and fun Porsche, but he's more than comfortable lacing up his string backed gloves and going for a sensible drive in the countryside.

At the end of the day, it's another gorgeously shot and wonderfully produced video from Petrolicious that we can't get enough of. They have not had a Porsche video in a bit, so this one was quite the treat. We aren't quite sure why, but there appears to be a theme developing among airline and commercial pilots. Apparently, pilots drive Porsches. If you are a pilot or know someone who is, can you help us confirm this adage with anecdotal evidence in the comments below? In the meantime, enjoy the show.

The car in this video is 100% computer generated, and the detailing is perfect.