Months of strip down, rust repair, and repaint have been whittled down to this 5-minute recap video, and it's stunning. 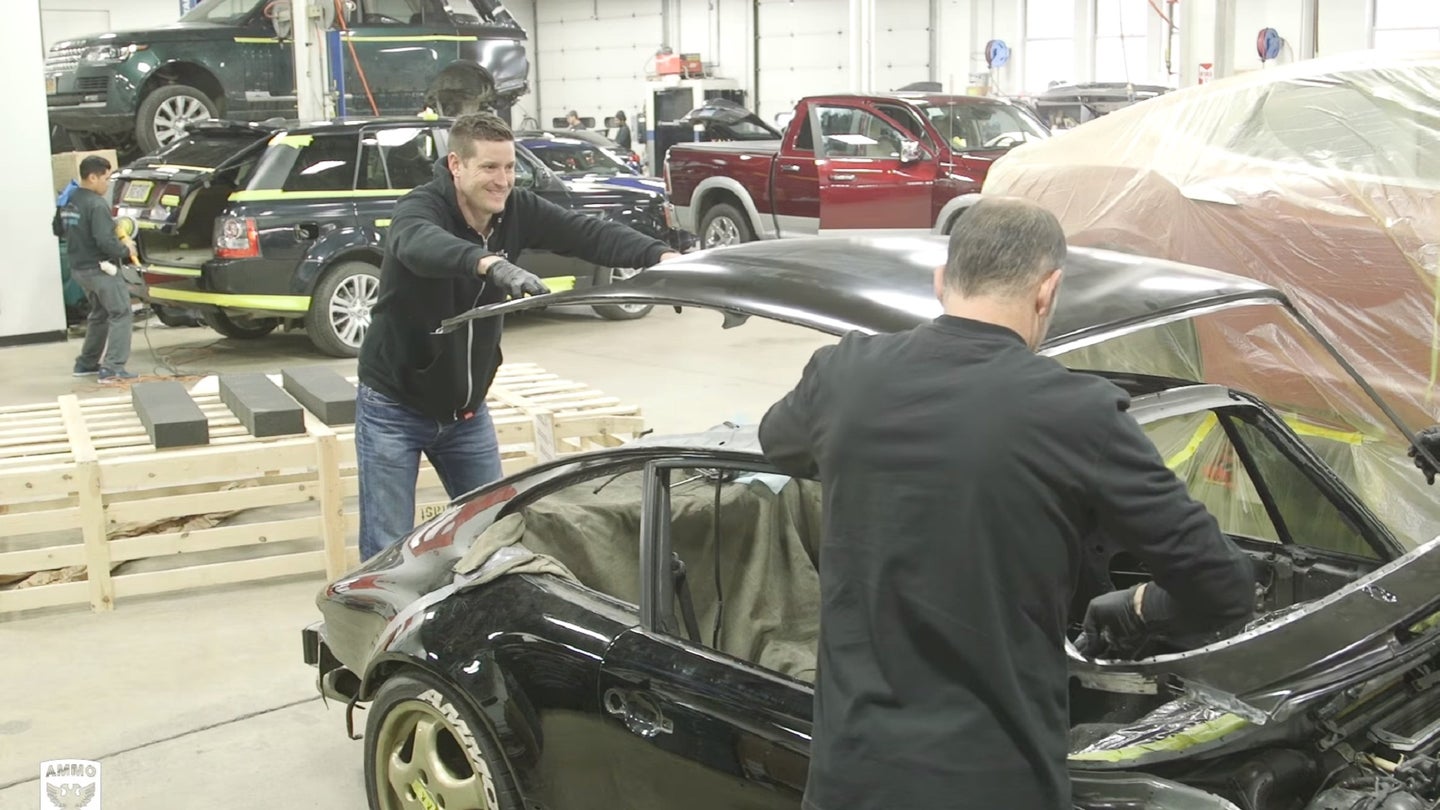 This is wild. This 964 project car belongs to AMMO NYC's Larry Kosilla, and he is possibly the world's biggest perfectionist. When he purchased the car, he noted a little bit of rust bubbling at the windshield on top of the cowl and intended to fix it in a few years. Well, a few years have come and gone, and Larry finally committed to fixing the rust issues on his track car meets daily driver 964 Carrera 4. Once he started digging into the rust repair project, however, as things often do, it snowballed. This suddenly became an all-out no-holds-barred restoration to like-new perfect condition.

Now, I live out west where even my brake rotors don't rust, but I grew up in Michigan where four-year-old cars will rust if you look at them sideways. Heck, I remember seeing mid-nineties Kias rusting on dealer lots when they were brand new. I feel Kosilla's pain here, and I can commiserate. My first sports car died because the rust was too much for me to repair. Granted, that was a Triumph TR7 and wasn't worth saving anyway, but this 964 is definitely worth saving. If you are as meticulous a guy as Larry is, however, you go about five steps beyond what is necessary to save the car, and you completely redo it from top to bottom.

The rust, it appears, was down into both front fenders, especially dirty around the fuel filler cap, down across the cowl panel, and up around the whole windshield surround. Because of all of the rust repair needed, the shop actually ordered a whole new roof for the 964 to replace instead of repair. They stripped the car down to bare metal and laid down a whole new coat of fresh factory-original black paint. It is possible that Larry now has the nicest 964 in the world.

In the coming weeks, we'll get to dive deeper into the processes of this restoration with Larry. I'm really looking forward to those videos, I don't know about you.