As you’ll see, it’s not the simplest way to beat fuel prices, however. 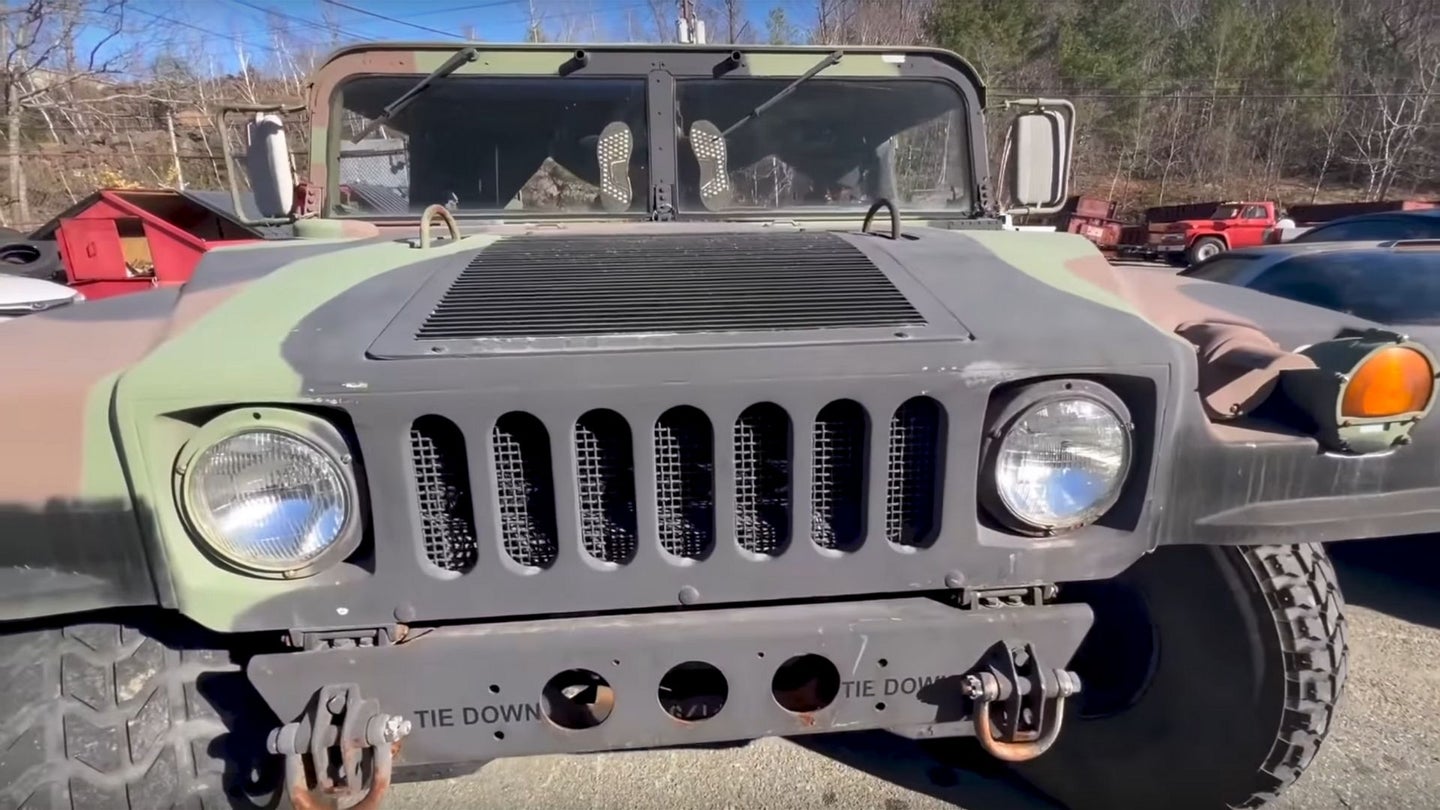 Rich Benoit is a YouTuber who runs the Rich Rebuilds channel and owns an independent Tesla repair shop. He has made quite a name for himself partially because of his public tussles with Tesla over the Right to Repair movement. Benoit is a Tesla owner himself and has taken on several projects with his crew, reclaiming salvaged Teslas and fixing them up.

However, in his most recent video, Benoit is focusing on something completely different. Citing the high cost of gas, Benoit decided to swap out diesel fuel for waste oil from fast food restaurants for his personal Humvee. At the beginning of the video, Benoit outlines the kind of equipment you would need to use waste oil instead of diesel if you're doing it the right way, and it can cost anywhere from $100 to $1000.

"Who has that kind of money? Not me," Benoit says. Instead, he buys a scoop and some funnels at what looks like a dollar store, and proceeds to show how to convert waste oil for (almost) free. While it’s clear that Benoit is super smart–he’s largely self taught–he’s also irreverent and makes his videos entertaining. In this case, the process of collecting waste oil from local fast food places, refining it on a camp stove, and putting it in to the Humvee is an interesting one. (For more of his wild ideas, you should check out the one in which he builds a diesel dually Tesla Model 3 that tows 15,000 pounds.)

To procure the homemade fuel, Benoit's cohort walks into a fast food place called Poseidon's and asks if he can "borrow some of the waste oil" to power his truck. The employee at the counter agrees, and Benoit and his friends head out back to dig deep into a barrel to pull out all the waste oil they can reach. It’s absolutely nasty, filled with pieces of food and other random objects.

They heat up the oil on a camp stove back at Benoit's shop, and then strain and reheat it multiple times before it’s suitable. The Humvee fired right up and apparently smelled strongly of fast food, which doesn't necessarily sound like a bad thing. The oil coagulates pretty quickly, so they turn on the heat and start up the Humvee again after about 10 minutes. Eventually, the truck is sidelined and Benoit jokes that it wasn't going anywhere until summer, when it would get warm enough to melt the solid chunks of waste oil.

Perhaps fast food is just as bad for vehicles as it is for human bodies, kind of like cholesterol in the veins. At least we get to enjoy the french fries along the way.

It comes as part of the company’s broader push towards carbon neutrality.