Oil Starts to Bounce Back as America Begins Driving Again

Hope you enjoyed the cheap gas prices while they lasted. 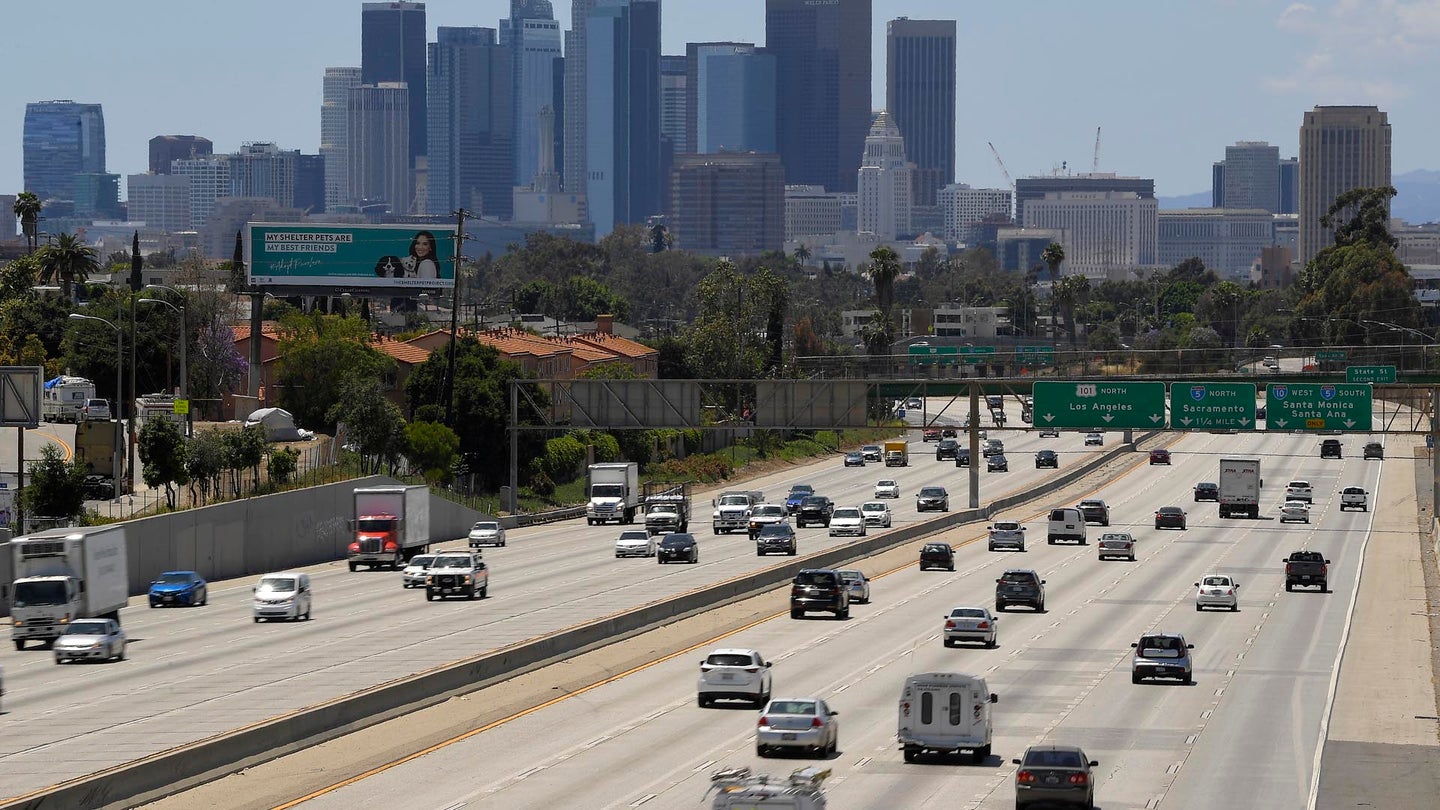 Good morning and welcome back to Speed Lines, The Drive's morning roundup of what matters in the world of cars and transportation. It's Wednesday, and though time doesn't mean anything anymore, it's still closer to Friday than yesterday and I'll take that good news. Today we're talking about Big Oil, President Trump's visit to a Ford plant, China, and some Tesla "news" I find too comical not to share with you all.

Every market imaginable got hammered by the world coming to a halt and locking down in recent months, but oil took a particularly bad beating as driving, shipping, airlines and factories all hit the pause button. A price war between Russia and Saudi Arabia before the pandemic struck made the situation even worse. But now, all 50 U.S. states are beginning to reopen, and people are starting to drive more—especially with the Memorial Day holiday coming up, always a big weekend for being on the road. (By the way, you could expect a lot more car traffic this year, since people want to travel but are shunning planes, trains and buses.)

The Wall Street Journal reports that while most oil companies are still at a production level where they aren't making money, investors are bullish on this return to driving in the U.S. (as well as China and Europe), leading to a rebound in energy stocks and a subsequent increase in crude prices. Interestingly, there's also been a big recent surge in driving directions on Apple Maps.

But that doesn't mean the energy sector is in total comeback mode. From the story:

“As we see transportation demand recover and the globe reopening, that will help the oil price gradually grind higher,” said Rob Thummel, a senior portfolio manager who manages energy assets at the investment firm Tortoise. “We’ve still got a long way to go.”

With another gain Tuesday, the most heavily traded U.S. crude-oil futures contracts have risen to $31.96 a barrel after hitting a low of $11.57 last month. Prices started the year above $60. Brent crude futures, the global gauge of oil prices, have rebounded to $34.65.

Still, the number of U.S. rigs drilling for gas is at the lowest point it's been since 1991, so expect cheap gas to stick around a bit longer for now.

Is China's Rebound A Model For America?

Speaking of comebacks, the demand for new cars in China is largely back to pre-pandemic levels. That's a huge relief for automakers, nearly all of whom have pinned their hopes on what's now the world's largest car market. But can we expect a similar recovery here in America? Not quite, according to some (admittedly anecdotal) evidence in Automotive News. That story says China's aggressive lockdowns helped quash the virus in ways we have not in America, which could prolong our economic recovery:

"No way," declared Yan Fabio, echoing a view three other observers — rich with experience in China — shared with me last week. The Wuhan lockdown ended after 11 weeks in early April. But even today, "freedom" throughout China is unlike anything most Americans would recognize, or tolerate.

Everyone wears masks. Temperatures are checked at work, at Starbucks, at apartment buildings. The ability to travel freely between cities hinges on the health-code reading — created in partnership among the government and the country's tech giants — on one's mobile phone. Fabio's friends had their frustrations, but they kept them to private conversations. She and my three other contacts all pointed to something else:

"People in China are more willing to sacrifice their freedom," she says.

I wonder if billing lockdowns and masks as a key to economic recovery would've enticed more people to take it seriously. At any rate, we'll see what U.S. auto demand looks like soon enough.

Speaking of masks, President Trump is set to visit a reopening Ford plant in Ypsilanti, Michigan on Thursday, where the automaker is manufacturing ventilators. All personnel there are required to wear masks as ordered by Mich. Gov. Gretchen Whitmer. But Trump has sparred with her repeatedly, and he's been remiss to wear a mask in his public appearances, so he won't commit to putting one on during the visit.

Neither Whitmer nor Ford said they'll make the president wear a mask; Ford has said “The White House has its own safety and testing policies in place and will make its own determination" on the matter. As for the president himself, here's what he said:

Asked later Tuesday if he will wear a mask at Ford’s Rawsonville Components Plant in Ypsilanti, Trump told reporters, “I don’t know.”

“I haven’t even thought of it,” the president said. “It depends. In certain areas I would.”

It seems an easy way to set a good example and protect the workers at the plant at the same time, especially seeing as how the White House has had problems with infections in recent weeks. Maybe he can hand out some hydroxychloroquine instead.

I lead every Speed Lines by telling you you're about to read the transportation stories that truly matter. And this one does not, but it's so amusing I have no choice but to include it today. As any car enthusiast or industry watcher will tell you, Tesla CEO Elon Musk has been a bit much lately, to put it gently. And his recent "take the red pill" tweet has many left-leaning Tesla owners—you know, well-to-do artist types, green "influencers" and Silicon Valley tech types who vote Democrat but still aren't huge fans of labor unions—freaking out about the political message that might be sending as they drive their electric luxury crossovers.

If you're like me, you'll save your sympathy for literally anyone else, especially right now. But this is such a crisis that it has necessitated its own New York Times article. One excerpt:

“As a Tesla owner, a 47-year-old male recovering from Covid-19, and someone very concerned simultaneously about the environment, the economy, my kids’ and my parents’ future, this ain’t great,” said Jeff Guilfoyle, a product manager at FireEye in San Diego. “This disease is no joke, and the long-term health impacts are unknown for survivors.”

Many have implored Mr. Musk online to stop. Raja Sohail Abbas, the chief executive of an outpatient psychiatric clinic in Allentown, Pa., wrote: “I am a Tesla owner and love the company. You have to stop being an idiot about this.”

“Tesla owner and Fan here, but this was a disappointing tweet despite the frustrations of and holdups,” added Alex Goodchild, a D.J. in Brooklyn. “Words are weapons especially when used during situations like the one we’re currently experiencing. You sound just like Trump in this tweet.”

It's all quite absurd. I do often wonder when Musk will be viewed more as a liability than an asset by his board, but as long as he keeps delivering the goods each quarter, he's probably fine. Thoughts and prayers to America's Tesla owners, in the meantime.

‘We need you to fill the gap’: Publishers are making a hard sell for subscriptions (DigiDay)

Let's talk about the Elon thing, why not? Do you think he's becoming a hindrance to Tesla the weirder he gets, or does it not matter?

That’s a 34-cent drop from just one month ago.