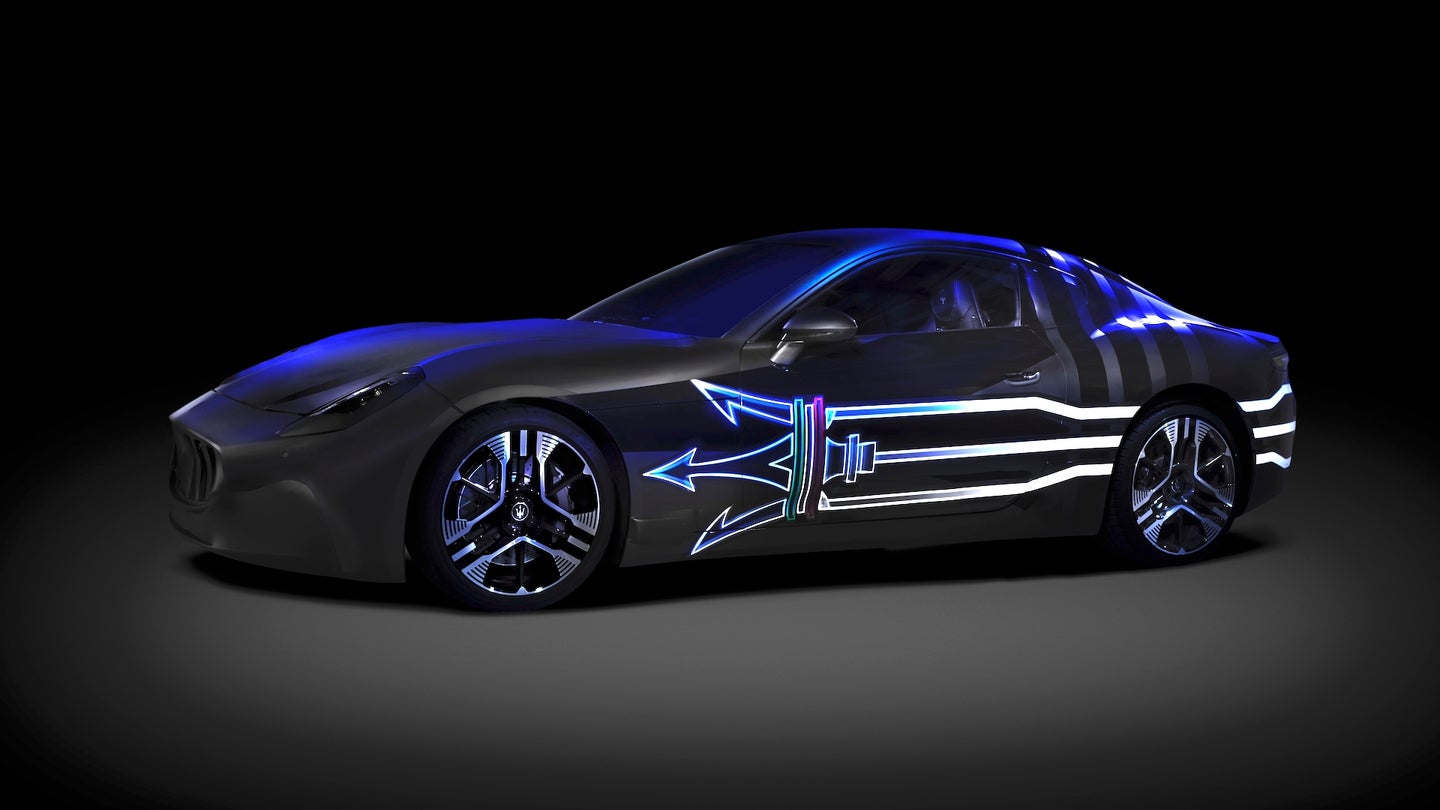 Stellantis is giving its brands a decade to prove they deserve to exist, and after more than a decade of struggle, Maserati could soon face uncertain times—if it's not already. Rather than die, it has chosen to electrify, and on Thursday declared it'll offer an electric version of every last car in its lineup by 2025. Yep, that includes even the MC20 supercar.

Maserati's EV range, to be christened Folgore (Italian for thunderbolt), will commence with the launch of a new GranTurismo in 2023, which is expected to take after the Alfieri concept. It will use electric drivetrain tech developed in Formula E, which it could share with a drop-top GranCabrio according to a product plan seen in 2020. Previously, both have been indicated to also derive power from the turbo V6 used in the MC20—I've reached out to Maserati to see if this remains the case.

Similar EV drivetrains will power the subsequent Grecale EV, as well as the rest of the lineup, with Maserati explicitly outlining the Levante SUV, a new Quattroporte sedan, and even MC20 as beneficiaries. No mention was made of the smaller Ghibli sedan, which will reportedly exit production next year and not be replaced.

This is all slated to go down by 2025, with Maserati planning to have no combustion-engined models left by 2030. Curiously, Maserati also says it plans to produce an electric "sports car" at some point during these next few years. As above, I'm waiting to hear from Maserati whether that's just the GranTurismo or MC20 Folgore—or something entirely different.

Other brands within the Stellantis portfolio are electrifying rapidly, perhaps to the chagrin of group CEO Carlos Tavares. He makes the case that EVs are incredibly expensive to produce, not just on the automaker's side but also the suppliers'. This hasn't stopped Stellantis from introducing electrified vehicles in almost every one of its brands, nor did it prevent Chrysler from debuting the Airflow EV Concept that some suspect could reach production in some way, shape, or form in the coming years.