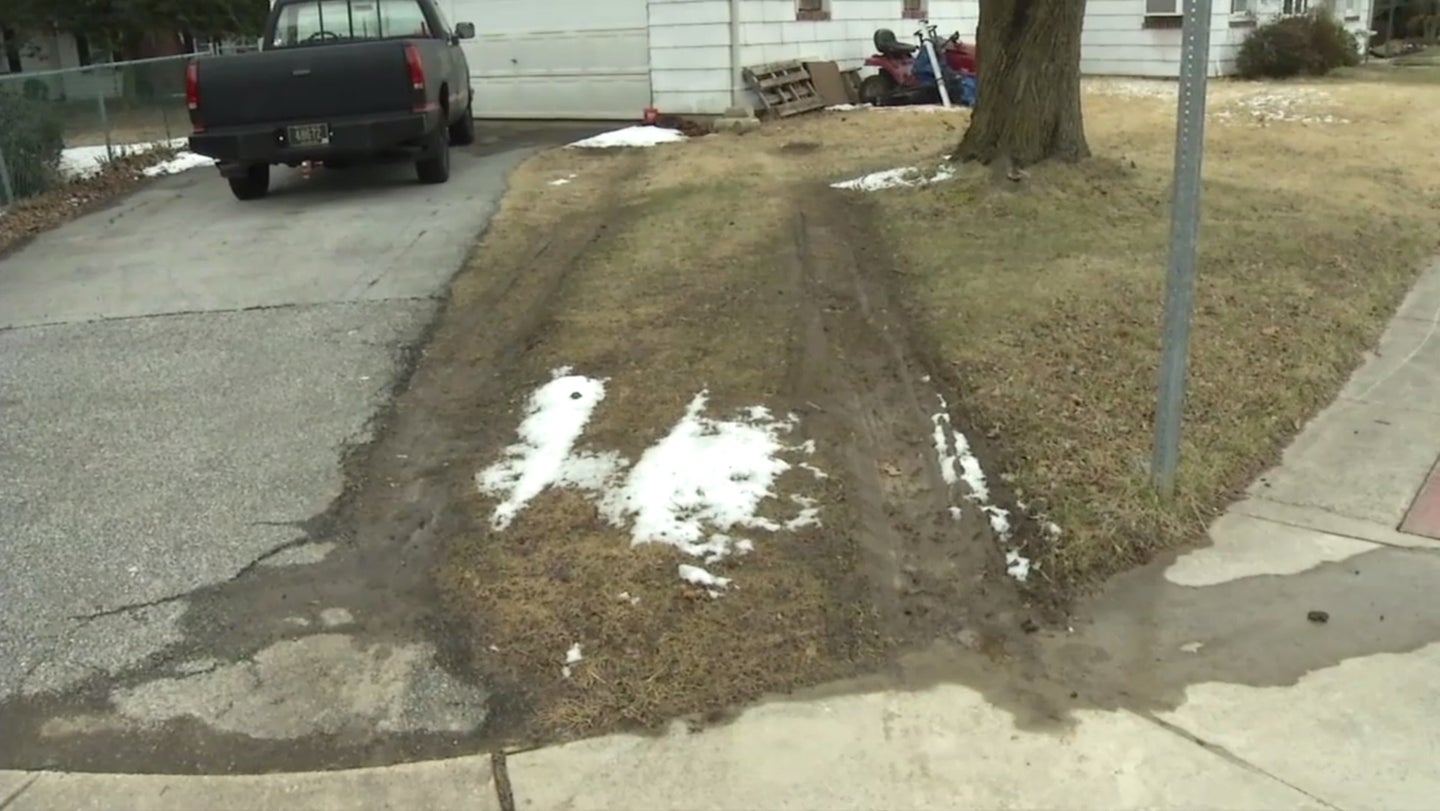 Koerner left a jam session early in Newark to nap in his Ford Escape as he had things to do early the next morning, reports the Delaware News Journal. His buddies kept playing inside, and Koerner left his Escape turned on as he crawled into the back seat to snooze.

His dreams were anything but sweet, as Koerner told the News Journal, "I had a weird dream that somebody sat on my head and that somebody jumped into the front seat of my car. It was all very surreal."

Turns out, that part wasn't a dream. Two men hopped into Koerner's Escape—one in the driver's seat, and one in the back with Koerner—to steal the car.

Koerner even woke up briefly to make some corrections behind the wheel and then fell back asleep, not waking up until the Ford had crashed into someone's lawn.

The video of his play-by-play description is sadly non-embeddable on our side, but is worth the watch at the News Journal's page here. I thought I was a heavy sleeper for that one time I fell asleep standing up in math class, but Koerner's description of waking up mid-carjack but not being fully awake enough to stop them from crashing it is surreal.

Worse yet, he wasn't quite sure what had happened when he woke up to people pointing at him as if he had been the one who crashed the car. Koerner connected the scene he woke up to with his "dream" when he saw one of his tires was down, a bush that had been driven into, and the skidmarks into the home's yard.

At first, not even the police were buying his story because there were (naturally) a lot of holes in Koerner's recollection. He passed a sobriety test, but was still looking at an indefinite detention until a neighbor's camera footage showed the real carjackers hopping into Koerner's car from a grey Chevrolet Suburban.

"It was a ridiculous situation," Koerner told the News-Journal. "It was like the Shawshank Redemption of GTA."

Watch a Sober, Sleepy Driver Launch His BMW Into the Top of a Tunnel

Driving while tired can be just as dangerous as driving while intoxicated—avoid doing it at all costs.