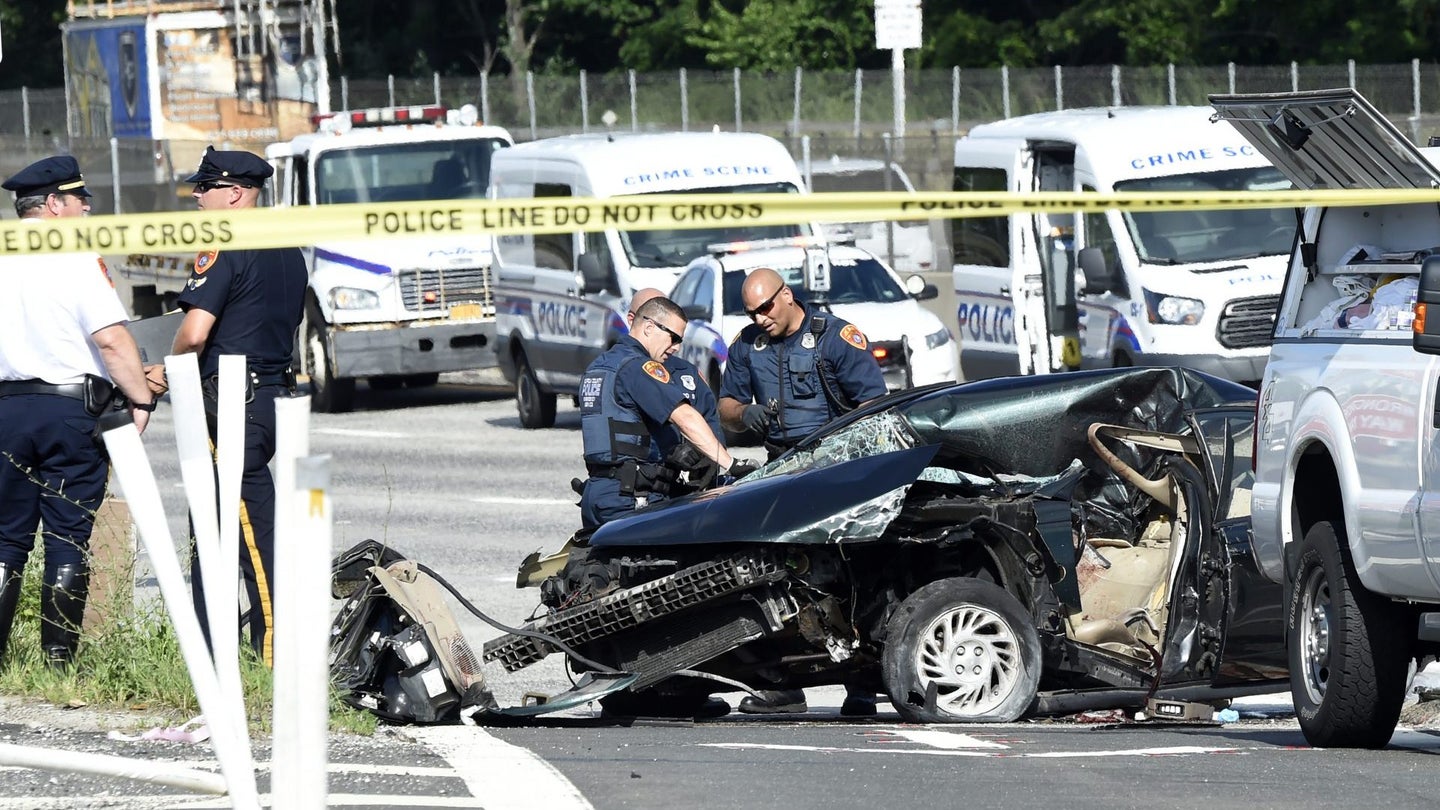 In 2018, more than 40,000 people died as a result of traffic crashes, reports Bloomberg citing the National Safety Council. Apparently, it's the third year in a row in which at least that many traffic fatalities occurred. Last year actually saw a nominal decrease of one percent over 2017—231 less deaths, to be precise—but a 14 percent jump compared to four years ago.

"Other research" allegedly shows deaths caused by drunk driving, speeding, and phone use decreasing but could be replaced by newer risks such as distracting infotainment screens and driving under the simultaneous influence of alcohol and legal marijuana (in states where that's applicable, of course). However, distracted driving still causes eight percent of crashes while drowsy driving accounts for two percent.

The report also says active safety systems present in many new cars like automatic emergency braking and collision warnings can decrease the number of crashes but aren't actually equipped on many cars on the road as of yet. "There is definitely evidence that these systems are preventing crashes," said NSC director of statistics Ken Kolosh. "They're probably not at the critical mass yet to see them having an impact on the overall macro level."

Ultimately, the Council blames poor driver behavior for the "stubbornly high" death count. "Forty-thousand deaths is unacceptable," said interim NSC CEO Nicholas Smith. "We cannot afford to tread water anymore. We know what works, but we need to demonstrate the commitment to implementing the solutions. Roadway deaths are preventable by doubling down on what works, embracing technology advancements and creating a culture of safer driving."

A search helicopter was called in to attempt to locate victims who may have been thrown from the scene into nearby woods.

The app uses pre-recorded messages from family and friends to discourage phone use.