The cars will have non-functional features upon delivery, though they’ll be fitted with the necessary chips within a year. 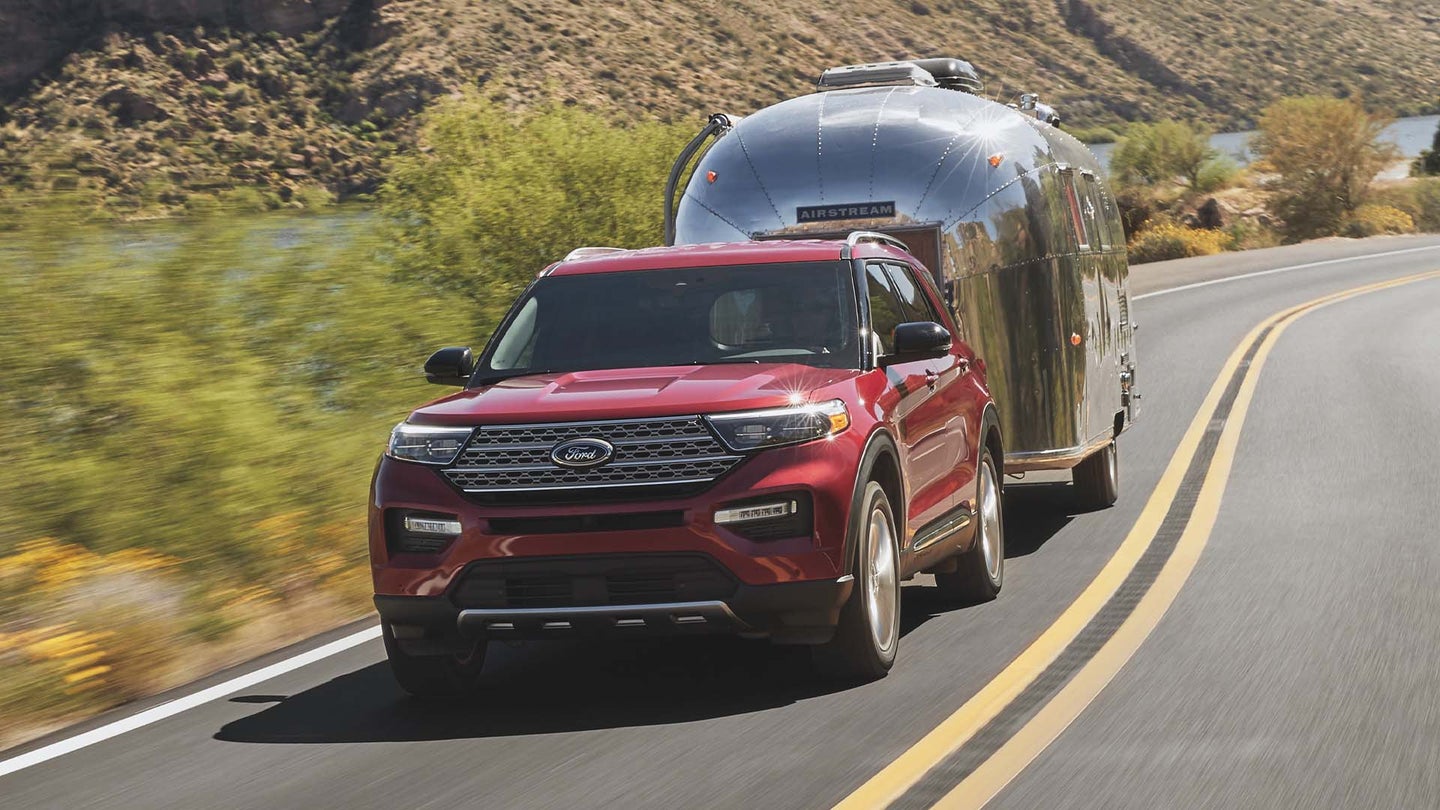 Now that the semiconductor shortage has gone on for roughly two years with international factors potentially prolonging it even further, car companies are having to get creative. We've seen some build cars and trucks part-way and park them until the necessary chips become available, while others are just stripping vehicles of minor features. Ford announced that it's taking a slightly different approach, with some Explorers being shipped to customers without chips for certain functions, though the capability is still technically there.

I know that sounds kinda confusing, so I'll explain. As Automotive News reports, Ford told dealers at an event on Saturday that these Explorers are being built without chips for "non-safety critical features." In this case, that means they still have the HVAC displays and controls for rear-seat passengers, though they won't be functional at first. Ford dealers will apparently have the required chips to install in these vehicles within a year after purchase, and a correlating discount will be given to customers who choose SUVs that are equipped this way.

“We are offering ways for our customers to get their vehicles sooner during the global semiconductor shortage,” explained Ford spokesperson Said Deep in a statement.

It's important to note that rear-seat heating and air will still be controllable from the front seats; people sitting back there just won't be able to change it themselves until the chips are installed at a later date.

You might remember that General Motors stopped selling some vehicles with heated seats and HD radio due to the chip shortage. The automaker says these features can be retrofitted at a later date, though that's still not quite the same as what Ford's doing here. Instead, Ford is delivering these customer vehicles with the intention of upgrading every single one in due time for free, rather than leaving it up to the customer to decide if they want it or not. That makes sense seeing as rear-seat HVAC controls aren't exactly optional extras like heated seats.

Normally, big upticks in gas prices mean moves to hybrids, smaller cars and even EVs. But this is not a normal year.