The commemorative package will be available on the Corvette Stingray and upcoming Z06. 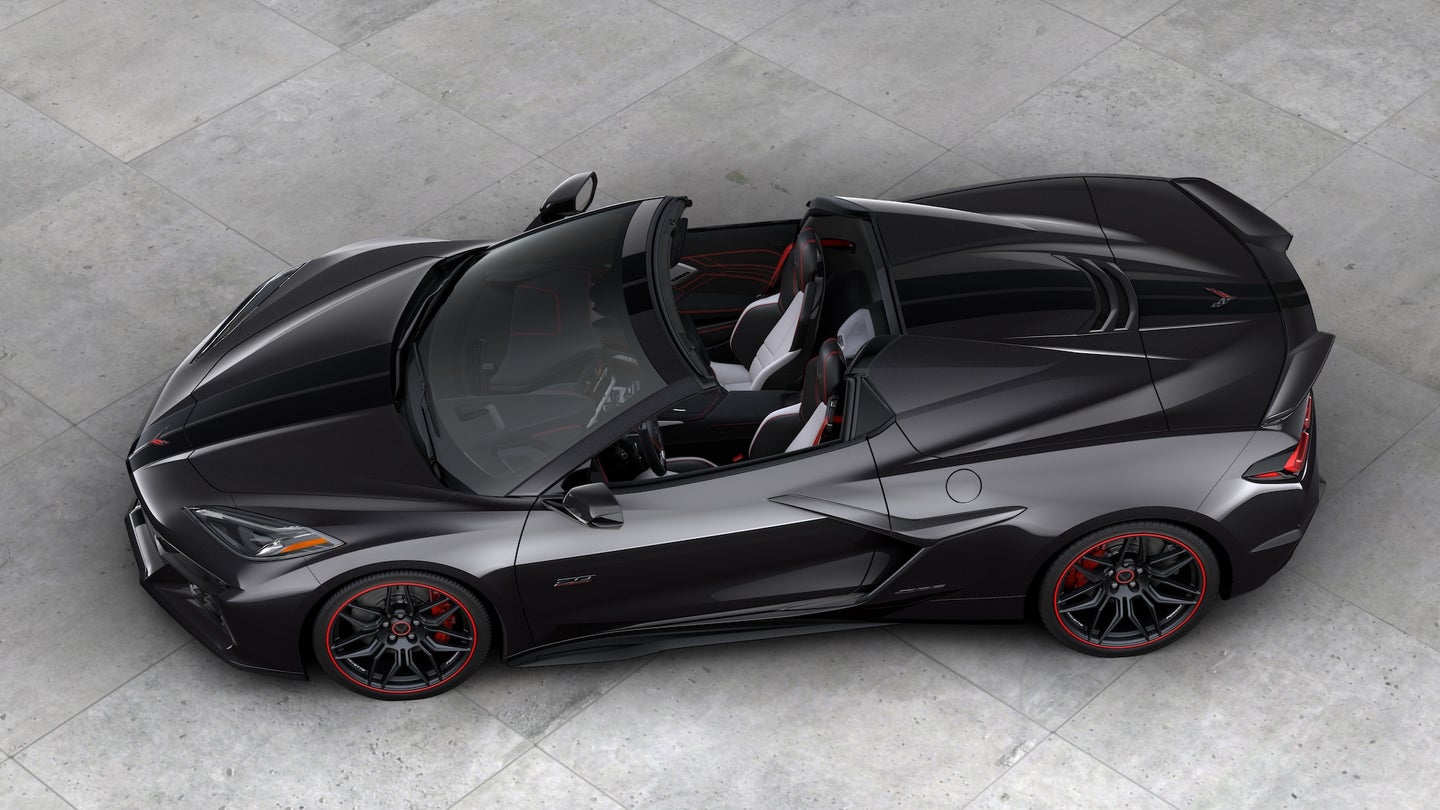 America's sports car is turning 70 soon, so its maker is making a big deal about it—and rightfully so. Introduced in 1953, the Chevrolet Corvette is one of the most recognizable and desirable sports cars in the world, and not to mention a racing legend in its own right. In 2023, it's celebrating its big "Seven-O" with a special edition package fittingly named "70th Anniversary Edition."

Available for both the 2023 Corvette Stingray and Corvette Z06, the celebratory package will be available for order on 2023 models as soon as production begins later this year. The 70th Anniversary Edition Corvettes will be offered with two new and unique exterior colors, White Pearl Metallic Tri-coat and Carbon Flash Metallic, as well as trim-specific dark wheels with an Edge Red stripe. Racing stripes will also be available in specific matching colors, such as Satin Gray on White Pearl Metallic Tri-coat and Satin Black on the Carbon Flash Metallic.

Other exterior details include, first and foremost, a special Corvette badge with unique crossflags only available on 2023 model cars, Edge Red brake calipers, and other body trim pieces that have been uniquely stamped. Inside, Anniversary Edition cars will be equipped with two-tone leather interiors with commemorative logos available on both the GT2 and Competition seats. These will also feature red contrast stitching throughout, suede inserts on the seats and steering wheel, and of course, a red seatbelt.

The Anniversary Edition package—which will be available on 3LT and Z06 3LZ models—will also sport a special Edge Red engine cover. Chevy did specify that all Corvettes—not just units with the optional package—will be fitted with a commemorative 70th anniversary plaque located on the center speaker, as well as a rear window graphic.

Lastly, and perhaps the coolest bit about this special edition, is an included custom luggage set that matches the car. Chevy simply describes it as having red stitching and a 70th Anniversary Edition logo.

If interested, you can head over to Chevrolet.com to see this 70th Anniversary Edition package applied to a 2023 Chevrolet Corvette Z06 on the visualizer. Pricing for all 2023 models has yet to be released.

A strike would obviously bring more production delays for America’s own supercar.