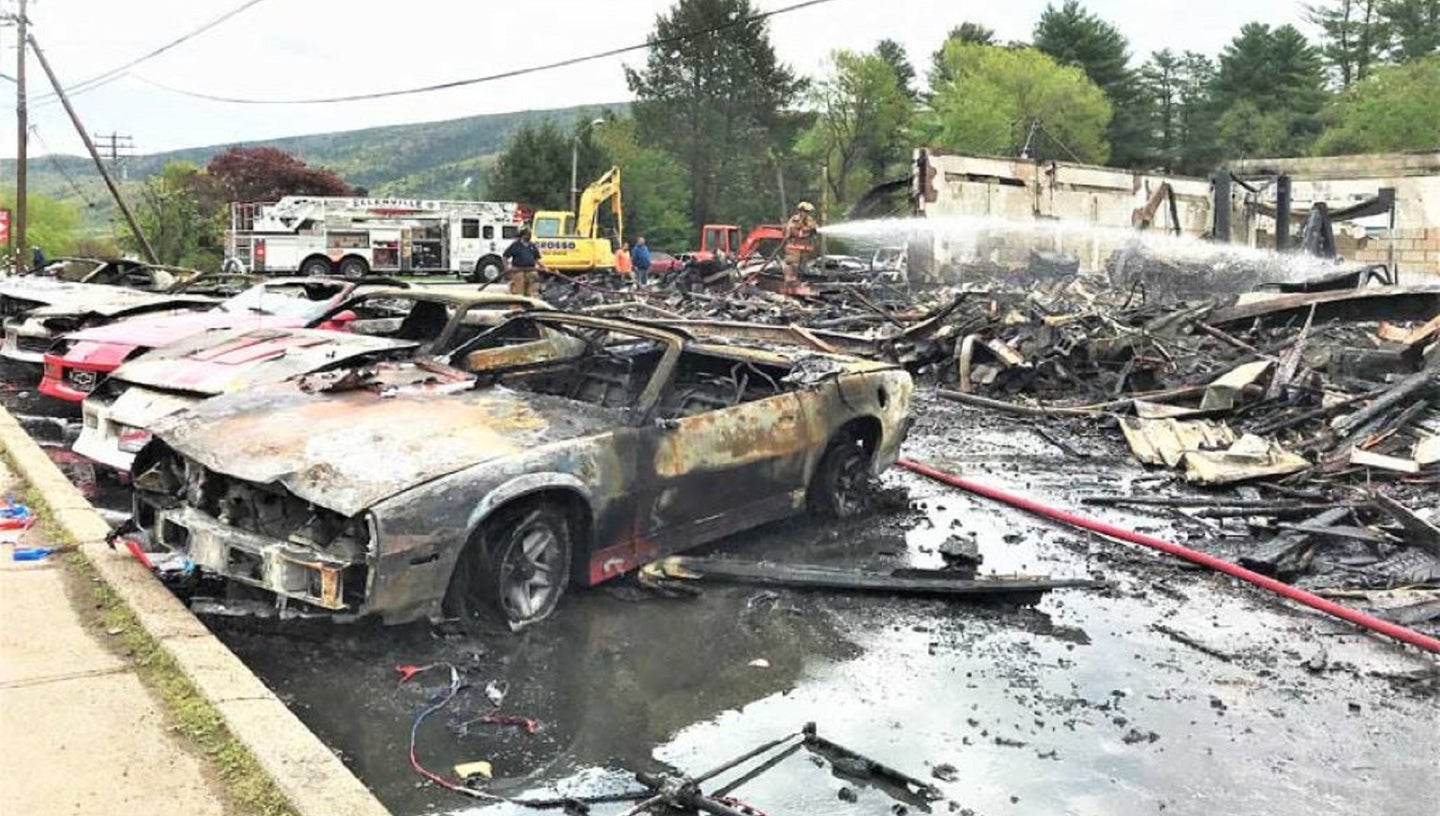 An auto dealership used as the set for an upcoming HBO mini-series was destroyed in a fiery blaze on Thursday night, consuming more than two dozen '90s-era Chevrolet cars, including several Corvette and Camaro sports cars.

The fire ignited at 613 Automotive in Ellenville, New York, around 1:00 a.m. Thursday, prompting a response from a total of 15 nearby fire departments. Several explosions were reported to have been heard while battling the blaze, most likely related to fuel found inside the vehicles.

As many as 27 vintage Chevrolets were destroyed in the blaze, the majority of which were supplied by a company owned by Automobile Magazine's New York Bureau Chief Jamie Kitman. The actual number of complete losses across all of the dealership's vehicles is not yet known, though local news estimates the number to be more than 50, including some antiques stored at the lot.

Judging by the photos, we can see that at least seven Camaros, two Corvettes, and a Chevy Beretta Indy pace car with "super low mileage" (according to Kitman) were destroyed. Reportedly, a C1500 and 454 SS pickup were both lost as well.

"There's nothing left," said Chris Busby, general manager at 613 Automotive in a statement to the Poughkeepsie Journal. "It's a huge loss for us and HBO. They are just as heartbroken over this as we are."

There were no injuries reported, though three other families in nearby homes were reportedly displaced due to the extent of the fire.

The upcoming six-episode HBO limited series, called "I Know This Much Is True," stars Mark Ruffalo and is based on the critically acclaimed novel by Wally Lam which focuses on the lives of two brothers in the early 1990s, one who suffers from paranoid schizophrenia. Local government reported that the series would be filming on public roads in-town for three days, beginning on Wednesday, May 8th.

NYC Toddler Dies Inside Burning Audi A6 After Doors Were Chained Shut, Dad Ran Away

Several propane tanks were also found inside the luxury sedan.

Concerned citizens armed with a large board and Alberta’s loudest Hawaiian shirt held the arsonist down until police arrived on the scene.