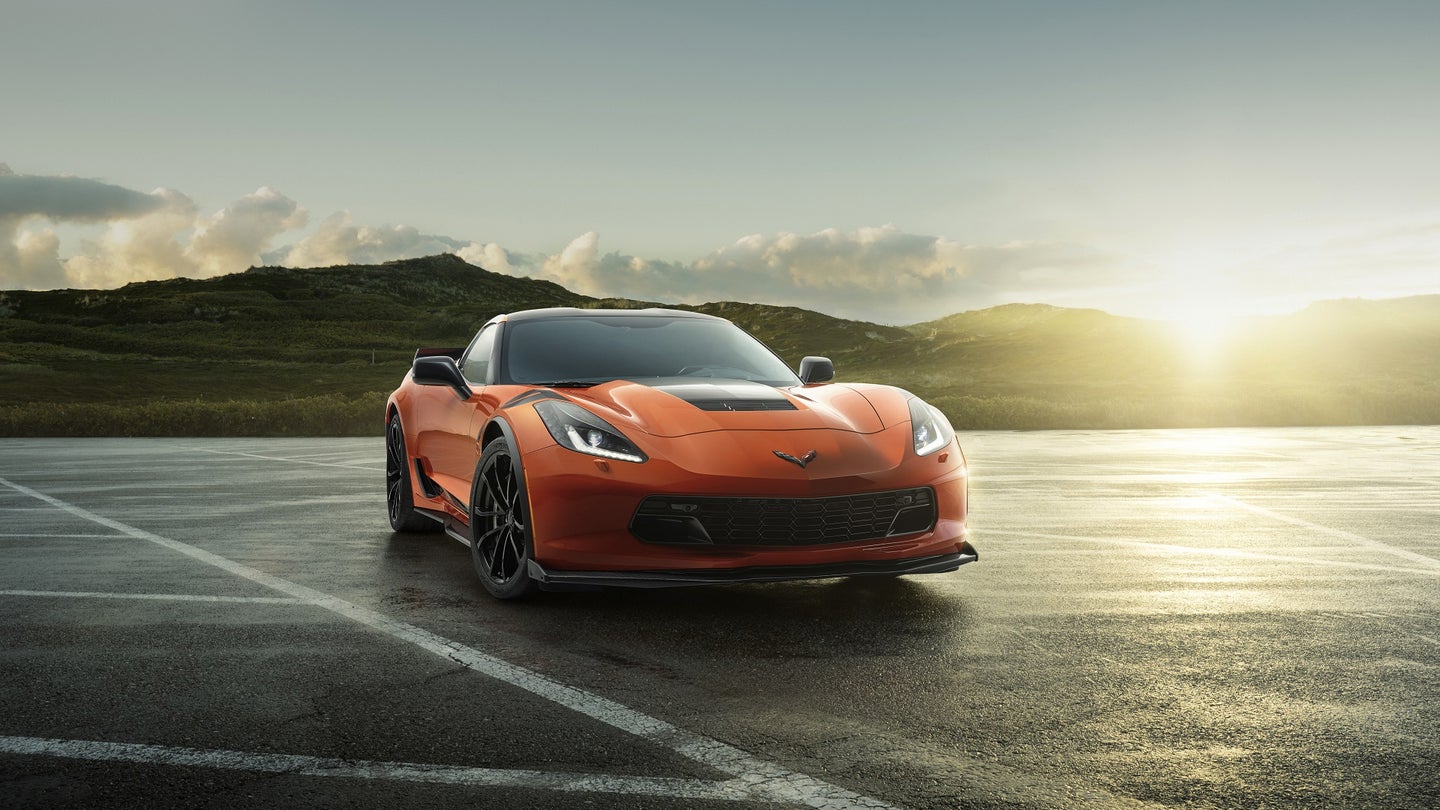 Every boomer's favorite American-made sports car (also known as the seventh-generation Corvette) has officially reached its fifth production model year. As the upcoming mid-engine Corvette is nearing market availability in the second half of 2019, would-be buyers are sitting on their cash in favor of the new cars, and according to dealer-to-dealer supply data from eInventory, the result is a pile-up of unsold cars from around the country.

C7 Corvette sales as a whole seem to have peaked in 2016 and have been steadily declining since. In fact, customer-facing sales reached a new low in January 2019 after data revealed that only 800 Corvettes were sold during the entire month, a 20-percent decline from a year prior. This comes at little surprise given that General Motors isn't offering any eye-catching dealer incentives at present time despite the model nearing the end of its lifecycle.

Yet, dealers around the country continue to requisition new stock of the aging sports car in an effort to avoid having their future allocations limited.

When purchasing a Corvette, customers go through the typical new-car ordering process. If one isn't available at the dealer in the color, trim, or package that is desired, the customer can place an order to have a vehicle built to their exact specification and invoiced accordingly. However, if a constraint is placed on a particular configuration and the dealership isn't able to order enough volume to guarantee stock, the customer's order could be delayed for some period of time until the allocation can be made to the dealer.

Small dealers, in particular, are at the highest risk of being limited by constraints due to lack of competitive purchasing figures when compared to larger entities. While this may seem futile at the end of a model generation's life, it's important to note that passing up on current allocations could directly impact a dealer's availability of the C8 Corvette upon release.

Though sales are slim and inventory numbers continue to rise, GM shows no sign of ending production in the near future. Perhaps the automaker is boosting its inventory numbers while it prepares to shut down production at its Bowling Green plant in order to complete the assembly line upgrades for the next generation C8. The facility's last major shutdown occurred in the second half of 2017, rumored to be the result of C8-related plant retooling. The rumors began to hit harder when it was coupled with the news that the factory would be closed for visitors until late 2018, before the revelation that the C8 production was delayed due to electrical issues.