This Mad Max-look six banger is better than it should be. 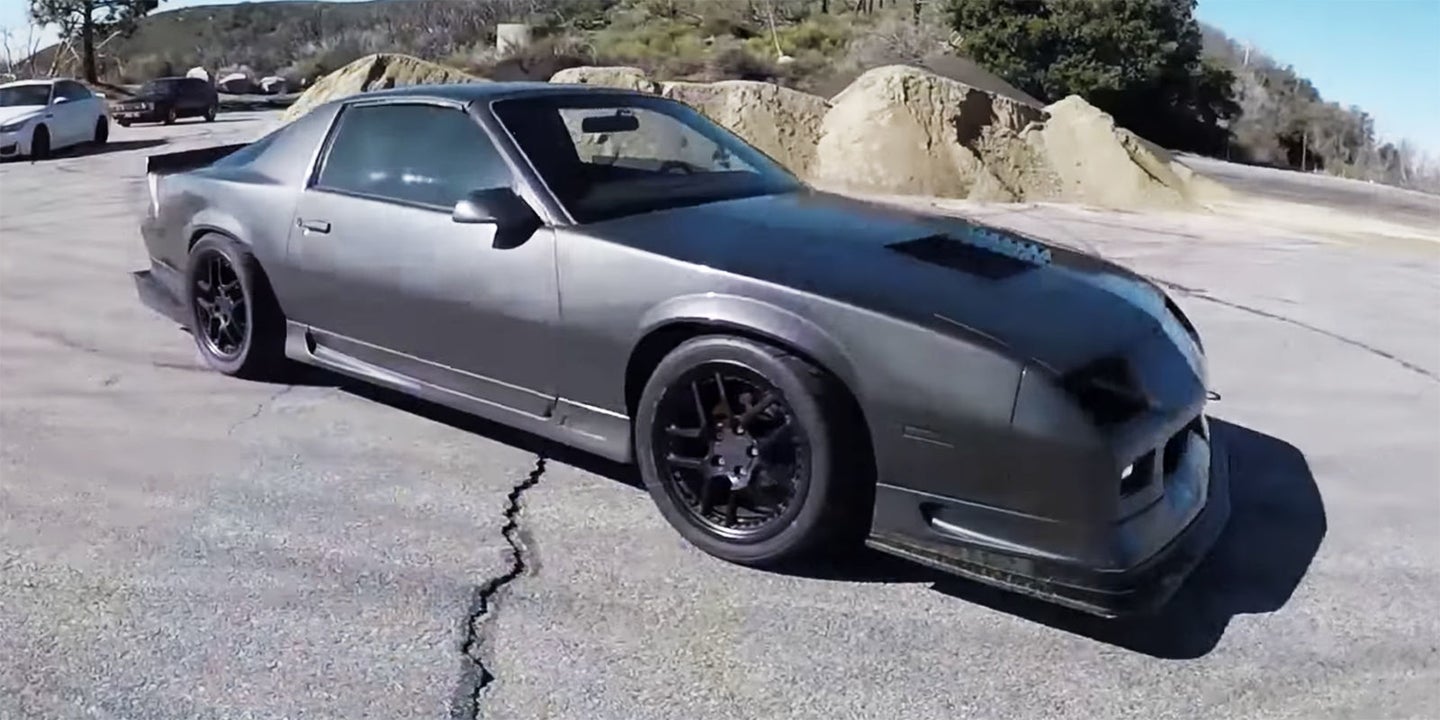 The third generation Camaro doesn't necessarily have a sparkling reputation. It was much less handsome than the Foxbody Mustang and effectively slower, even in top performance spec. Although some enthusiasts have kept the F-Body alive, you wouldn't call it a high point for the legendary model. With that being said, this Camaro RS defies all of those claims with the power of ingenuity, dedication, and a dash of lunacy. The owner revived this car from the dead, totaled it, than performed the process all over again -- but for what? To make this.

The Camaro seen here fixes many of the fundamental faults that came with the car from the factory. Nicholas Morrow and a few of his pals have done their fair share of DIY including projects as advanced as widening the track width by a whopping six inches. It features custom-built coilovers that were made by Morrow and his friend who does suspension for trophy trucks, a feat that speaks for itself: most of the suspension parts were actually made by Nicholas. Rigidity is then improved with a home-built roll cage and frame reinforcement setup, bringing the RS up to par for track duty.

The car is equipped with Vader-black wheels and Toyo R888 tires measuring 295/30R18 out back, providing a lot more rubber than what it came with originally. The rear has 1.26 inch spacers to match the track width of the front and provide a square platform that's better for lap times. The rear diffuser is there partly for function, mostly for looks, but it was handmade with carbon fiber in Nick's garage, and that's good enough for us.

It still features the 3.1L V6 that makes "maybe 200 horsepower" thanks to a small list of modifications.  A port-matched intake plenum has been fitted in addition to carbon fiber intake tubes, larger injectors, and an oversized cross flow radiator that he had to modify the frame to fit -- go figure. Nicholas claims that he plans on putting in a stronger LS motor to make up for the lack of power, but for now, the chassis exceeds the engine.

Watch Matt Farah take the car for a spin here in this One Take while interviewing Morrow about the crazy-cool interpretation of '90s hair rock.

We could never list all of the parts on Nicholas' Camaro, so take the time to check out his extensive Wheelwell profile here.