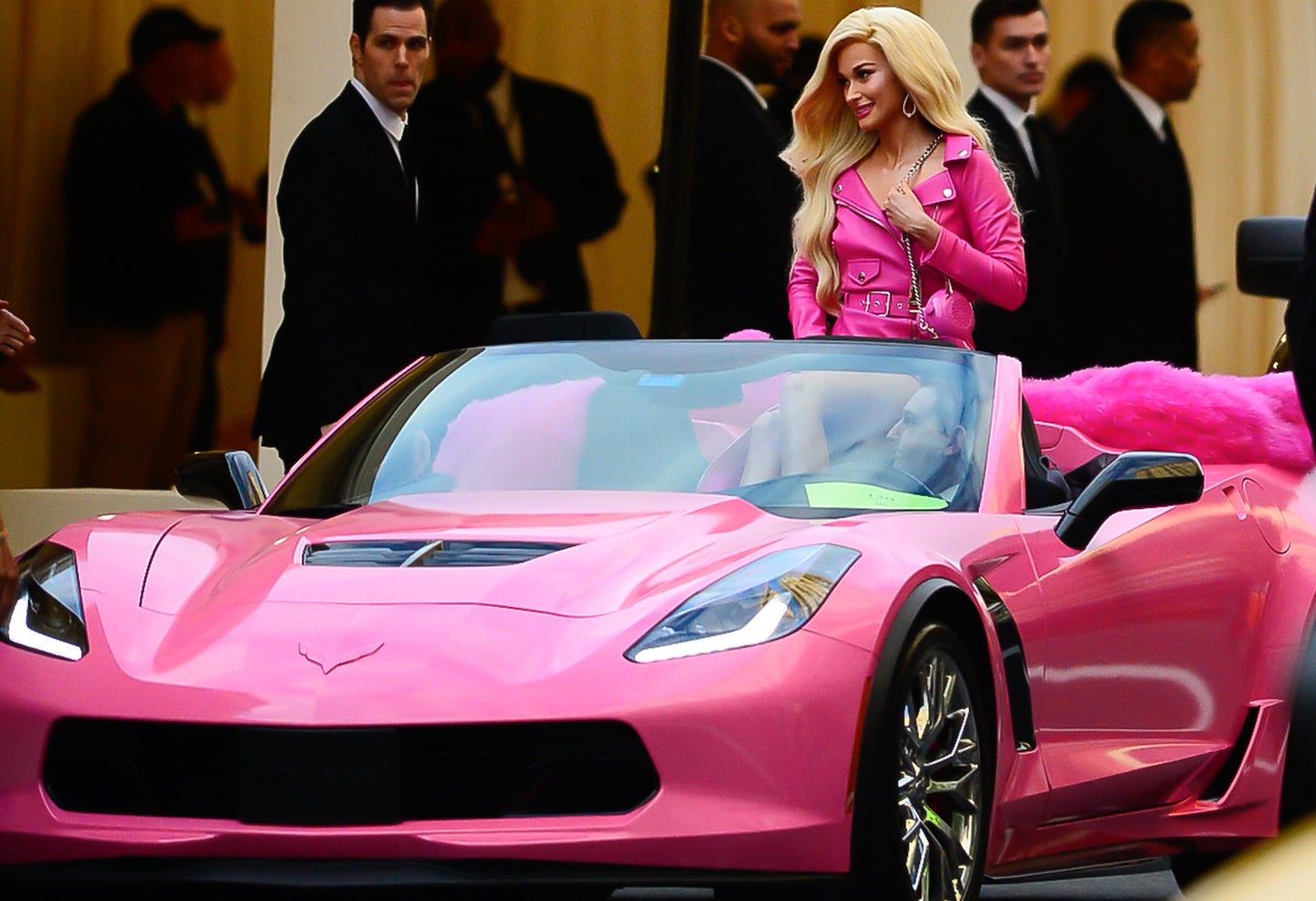 Move over, fashion bloggers, because last night's 2019 Met Gala has given us "car folks" something to talk about, too, which means all of the internet traffic isn't solely yours today. What am I talking about? Kacey Musgraves' pink Barbie Chevrolet Corvette Z06—that's what.

Every year the Metropolitan Museum of Art’s annual Costume Institute Benefit, otherwise known as the Met Gala (sorry, #MetGala), corrals every celebrity and sports figure known to mankind under one roof in the name of charity. This year, everyone from the Kardashians to Formula 1 champ Lewis Hamilton was there, but none of that matters, because they all pulled up to the red carpet in rather bland (and totally expected) stretched Benzes, Bentleys, and Rolls-Royces. Surprisingly, two stars opted for something more unique: tennis superstar Serena Williams dazzled in a Lincoln Continental Coach Door Edition, and singer Kacey Musgraves in a Barbie-inspired Corvette Z06.

While the now sold-out Lincoln is actually pretty darn cool, Grammy Award-winning Musgraves tales the cake simply based on originality. We've seen Jeep Wranglers wrapped in vinyl to resemble the 'ol Barbie Jeep, but never a Corvette, much less a 650-horsepower Z06. And while we're no fashion experts here at The Drive, it looks like her whole ensemble was well put together—and will you look at that plastic toy (but not toy?) pink hairdryer purse! I'm just saying, if the ultimate goal is to look like a Barbie doll, this girl definitely pulled it off.

Since 1948, the Met Gala has been all about fashion and art, but is it possible that this year's two automotive standouts will bring a touch of car-fashion to NYC? For all we know, automakers, especially the high-end kind, are always more than happy to shuttle A-list celebrities to the red carpet if it means getting a bit of press.

The $110,000 Lincoln Continental With ‘Suicide Doors’ Is Already Sold Out

Fun fact: it hasn’t even been released yet.