A GM official dropped a hint regarding Z06 pricing, and the math tracks—barring any big markups. 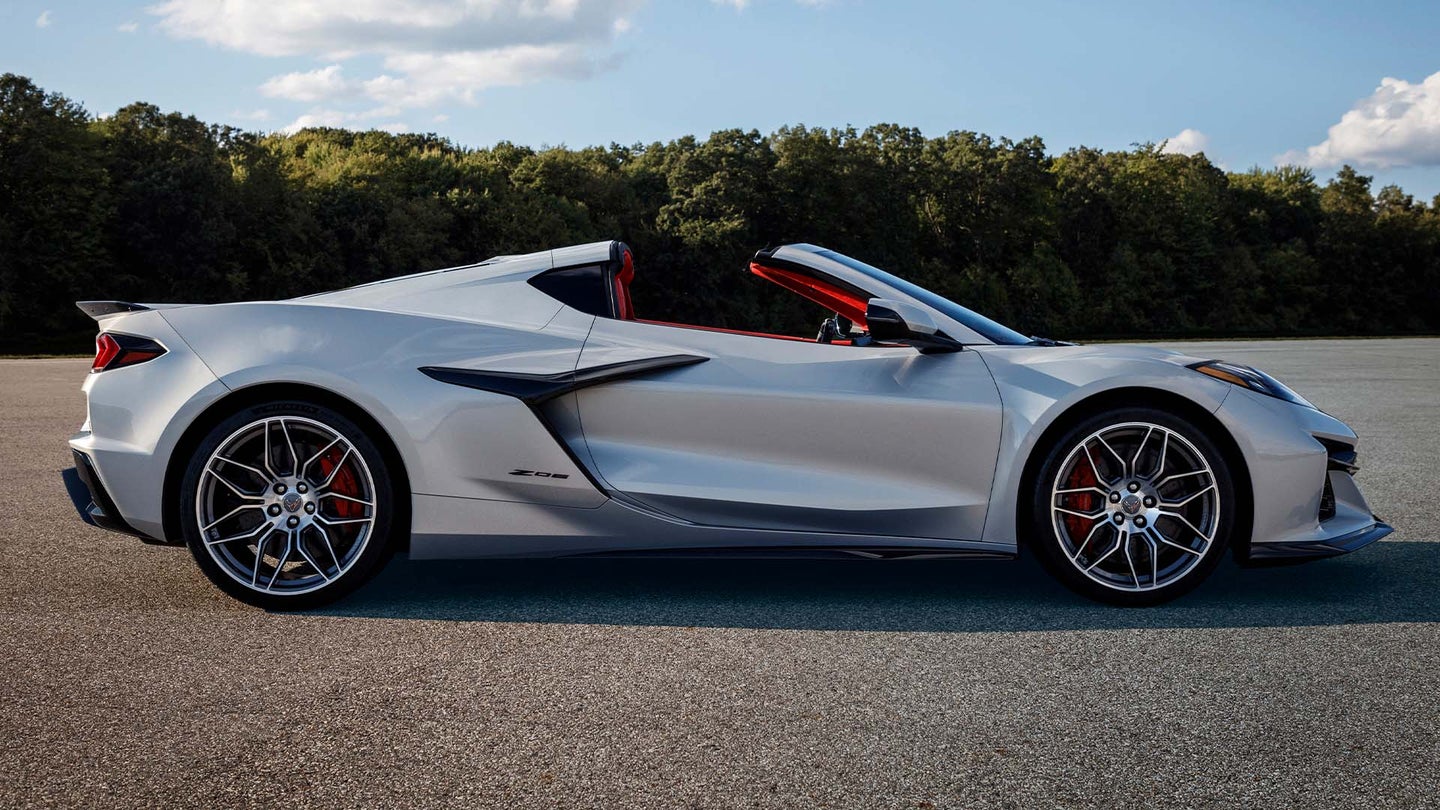 The 2023 Chevrolet Corvette Z06 is such a leap over the already impressive base C8 that it'd come as no surprise to hear it costs six figures. Real supercar money, y'know? But General Motors' industrial might may once again surprise the world, as a hint dropped by the Corvette's marketing manager suggests the Z06 won't just start below $100,000; it might even limbo under $90,000.

Harlan Charles, product marketing manager for the Corvette and Camaro, disclosed to Corvette Today Podcast that while pricing for the Z06 hasn't been finalized, it isn't far out. Better yet, he implied it could cost about as much relative to the base C8 as the last Z06 did to the entry-level C7.

"The pricing will be announced soon," Harlan said, according to a transcription by Corvette Blogger. "We do not have it all finalized out yet, but we are telling people basically if you are used to comparing the previous generation Stingray to the Z06, base to base pricing, it shouldn't be something you don't expect."

A Corvette with the most powerful naturally aspirated production V8 in history, though, likely wasn't as cheap to develop as the C7 Z06. You've gotta remember that car shared its supercharged, 6.2-liter V8 with the Camaro ZL1, Cadillac CTS-V, and CT5-V Blackwing. There's probably a fairer way to estimate the new Z06's price.

If you divide the C7 Z06's MSRP by that of the base C7's and multiply the result by the price of the base C8, you can get a potentially relevant estimate for the new Z06—about $88,572. Keywords: potentially, and estimate.

That GM could even feasibly undercut 90 grand with a car as momentous as the C8 Z06 is a testament to what GM can really do when it hunkers down and aims for a lofty goal. Now all that's left to do is wait and see if my guesswork is accurate—and whether the Z06 is really as quick as the Porsche 911 GT2 RS, or as soulful as the Ferrari 458 Italia.