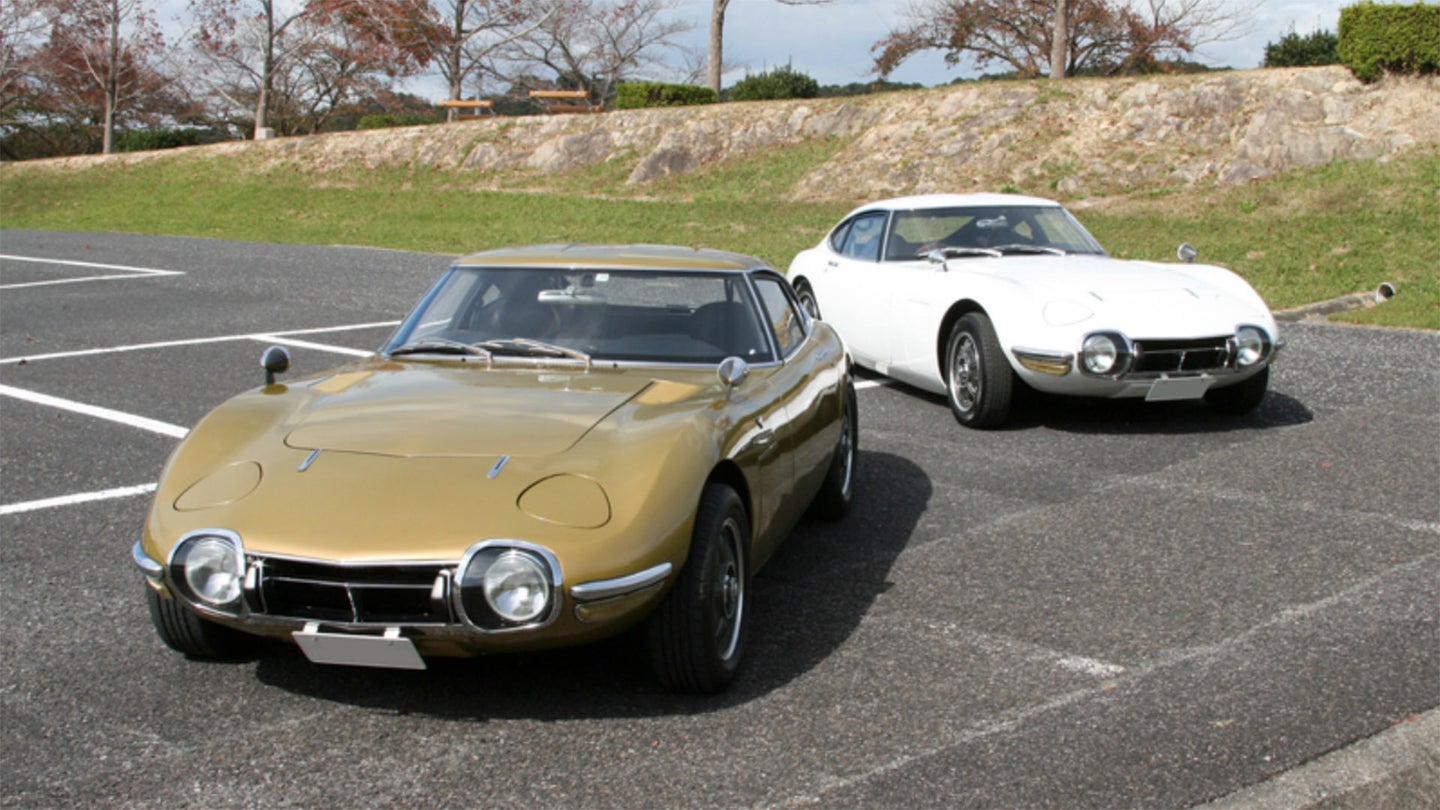 With original examples routinely commanding seven figures, the Toyota 2000GT is firmly in the realm of unobtanium for most enthusiasts with regular-sized bank accounts. Thankfully, however, a Japanese shop called Rocky Auto is now building what it calls the "3000GT," a "super replica" of Toyota's two-door classic with a semi-modern twist: the firm's famous 2JZ straight-six.

Brought to our attention via Carscoops, the 3000GT is built from the ground up and to-order using laser scans of an original 2000GT. The perfectly replicated body is then paired to a custom fabricated frame, modern suspension, power steering, the 2JZ motor, and, of course, a 2000GT-mimicking interior outfitted with air conditioning, a power tilt-and-telescopic steering wheel, and updated dials. Rocky Auto will even build an open-top replica of the car that appeared in the 1967 Bond movie You Only Live Twice.

For the movie, Toyota had to chop the 2000GT's roof off because Sean Connery was too tall to fit in the coupe.

The 2JZ 3.0-liter straight-six sits in place of the "3M" 2.0-liter straight-six that powered the original. The O.G. motor made 148 horsepower while the naturally aspirated 2JZ-GE is known to put out hp somewhere in the low-200s stock. Turbocharged and in its most famous Supra application, the mill was rated for around 320 horses. Its potential once aftermarket tuning comes into play, of course, is the stuff of legend. 3000GT buyers can apparently choose the nat-asp 2JZ over the turbo one, although Carscoops says that a Prius hybrid powertrain is also on the menu for those who'd like to bask in the visual nostalgia without using quite as much fuel.

It doesn't sound like Toyota itself is involved in any official capacity but the operation is said to be supervised by one Hiroshi Hosoya, a test driver and design assistant on the 2000GT's original development team, and a man who happened to finish third in the 1963 Japanese Grand Prix, back when the event involved sports cars rather than Formula One.

For the uninitiated, the Toyota 2000GT is essentially Japan's first supercar. A gorgeous, low-slung, front-engine, rear-drive coupe created with Yamaha input, only made in the hundreds, and primarily painted white, it was the Lexus LFA before the Lexus LFA. With that in mind (and, not to mention, the exquisite attention-to-detail), the 3000GT replica's starting price of "around $200,000" doesn't seem all that unreasonable to me.

Got a tip or question for the author about 2000GT replicas? You can reach them here: chris.tsui@thedrive.com

It’s red now but not even Toyota is sure of this particular 2000GT’s original paint color.