The driver-assist system was enabled when the Tesla struck another vehicle and killed two people in 2019. 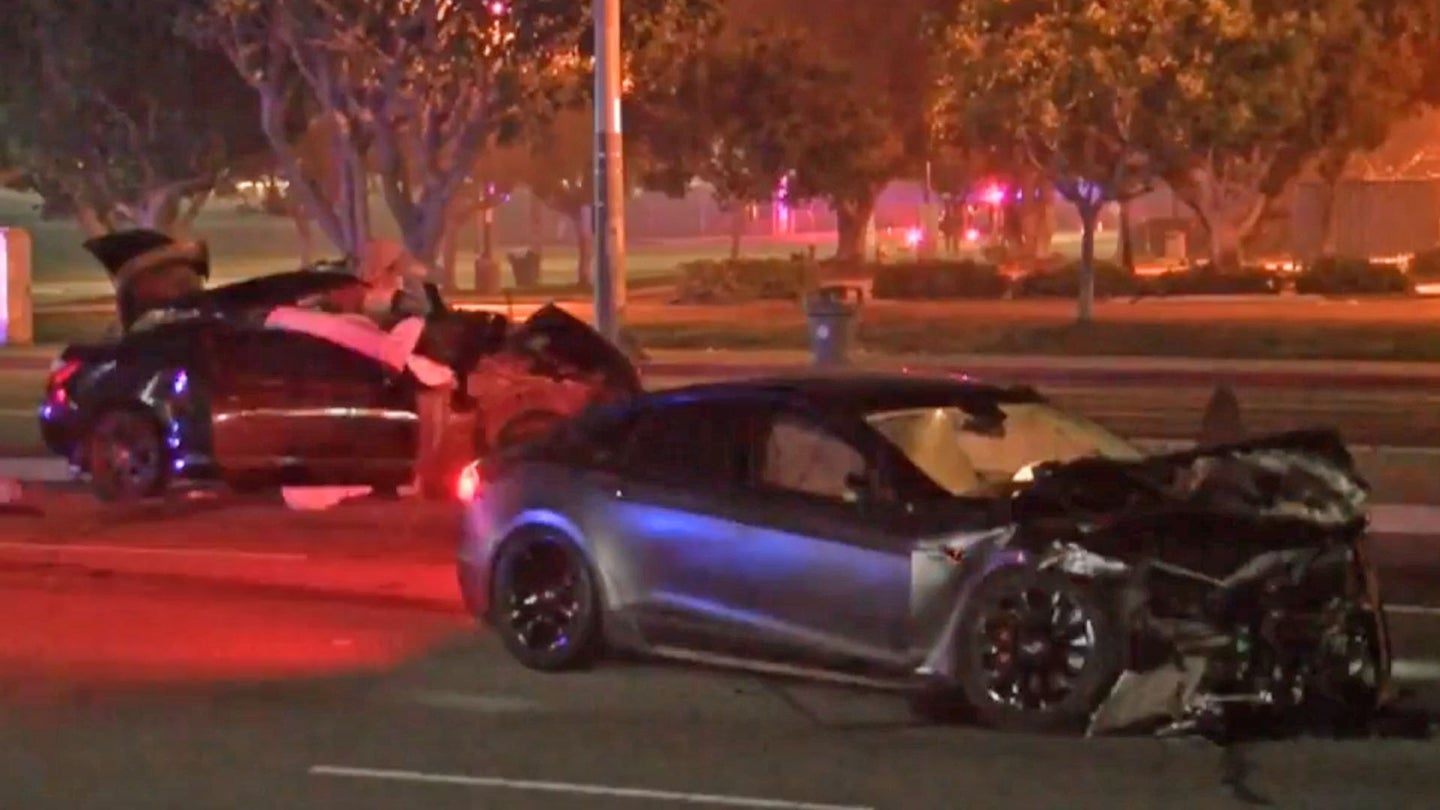 The driver of a Tesla Model S who was using the company's driver-assist system, Autopilot, when the car descended an off-ramp, ran a red light, struck a passing vehicle, and killed two people in 2019 has been charged by California prosecutors with two counts of vehicular manslaughter.

The Tesla driver is apparently the first in the United States to receive a felony over a fatal collision while using semi-autonomous driving, according to The Washington Post. Though court documents do not explicitly mention Autopilot in their text, the National Highway Traffic Safety Administration confirmed to WaPo that the system was in use at the time of the collision. The defendant has pleaded not guilty to the charges.

The two passengers in the struck Honda Civic were pronounced dead at the scene on Dec. 29, 2019, in Gardena—a Los Angeles, California, suburb. Their families are suing both the Model S driver and Tesla itself. We've reached out to Tesla for additional comment on the matter and will update if we hear back.

Autopilot is, of course, not a fully autonomous system. As such, a driver who uses it is still legally responsible for the car. These charges come during growing scrutiny of the now Texas-based company's driver-assist system. NHTSA has opened an investigation into crashes involving Autopilot. Several Teslas have struck parked emergency vehicles, an issue that was widespread enough to elicit a software update from the automaker. Just the same, there's a growing number of fatal collisions involving Tesla cars where Autopilot may have played a part.

While this isn't the first fatal