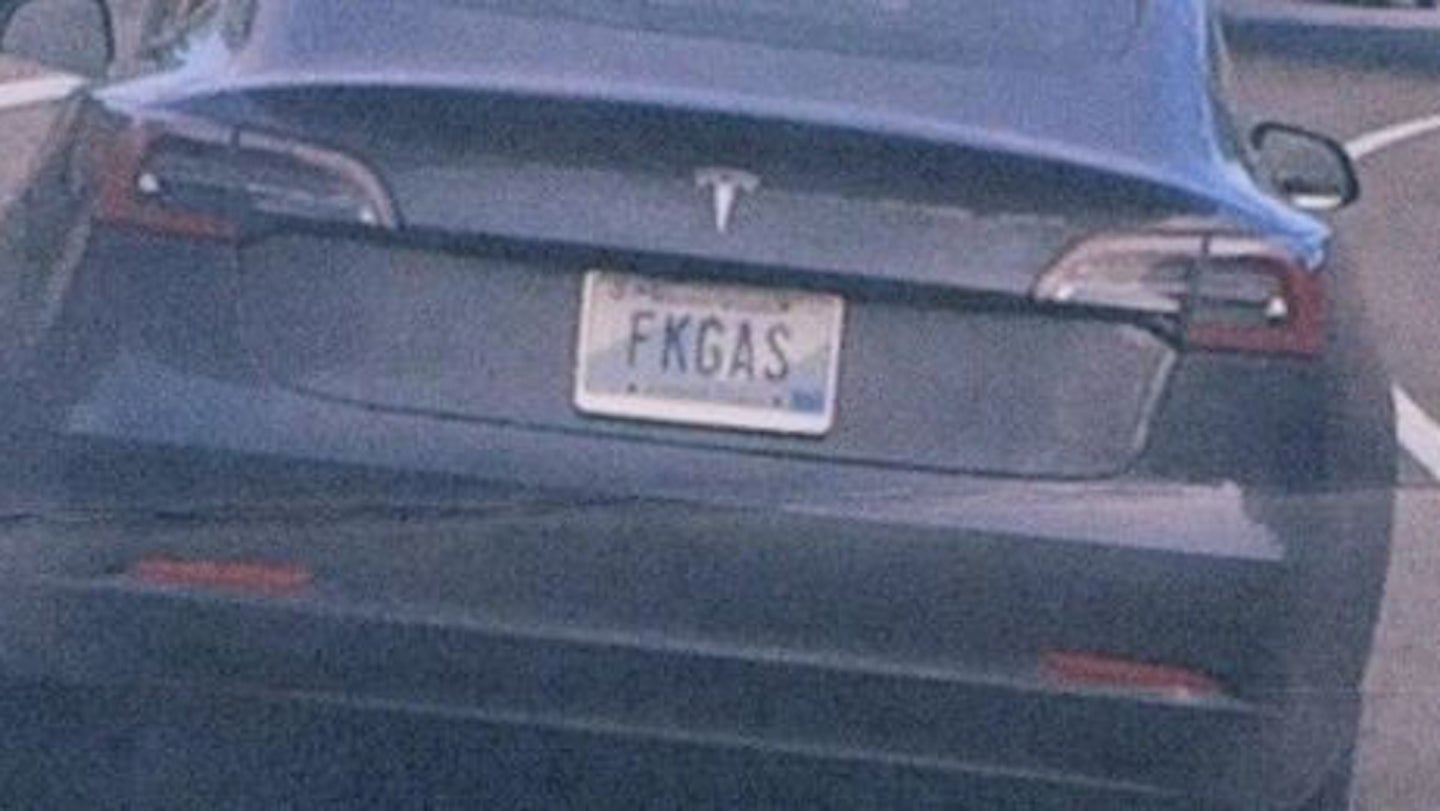 Many people have come up with clever, funny, and even vulgar messages to stamp into their vanity license plates, but the state's regulators tasked with reviewing these don't always share the owners' sense of humor. Such is the case of a Rhode Island man, who backed by the ACLU, is fighting his state's order to return a vanity plate with the message "FKGAS" that he ordered for his new Tesla Model 3.

As funny and obvious as the license plate may seem to many of us, Tesla owner Sean Carroll says that paople (and especially the state of Rhode Island) are actually misreading the whole situation. Carroll told the Providence Journal that his daughter thinks charging the Tesla with solar panels is “like fake gas”.

This, of course, doesn’t help the perception that Tesla owners are enviro-snobs, and Carroll’s statement about the plate isn’t likely to bolster anyone's confidence in his humility, either. “’FKGAS’ is my personal statement challenging everyone to look at the world differently,” Carroll told the publication. “Gas isn’t the only option when it comes to powering your vehicle. My choice for a vanity plate has already brought more attention to alternative fuel sources and electric vehicles.”

Whatever the story behind the plate really is, the state only sprung into action after someone complained about it. Even though the plate has been in use for five months, authorities gave Carroll one day to return his plate or lose his registration. We've seen similar situations in Kentucky and elsewhere, all of which ended up in the driver's favor. As it has done in many of those other states, the ACLU stepped in to file a suit on Carroll’s behalf on the grounds of his freedom of speech. The suit seeks a restraining order to prevent the license plate recall and also asks that the state’s license plate censorship laws be struck down.