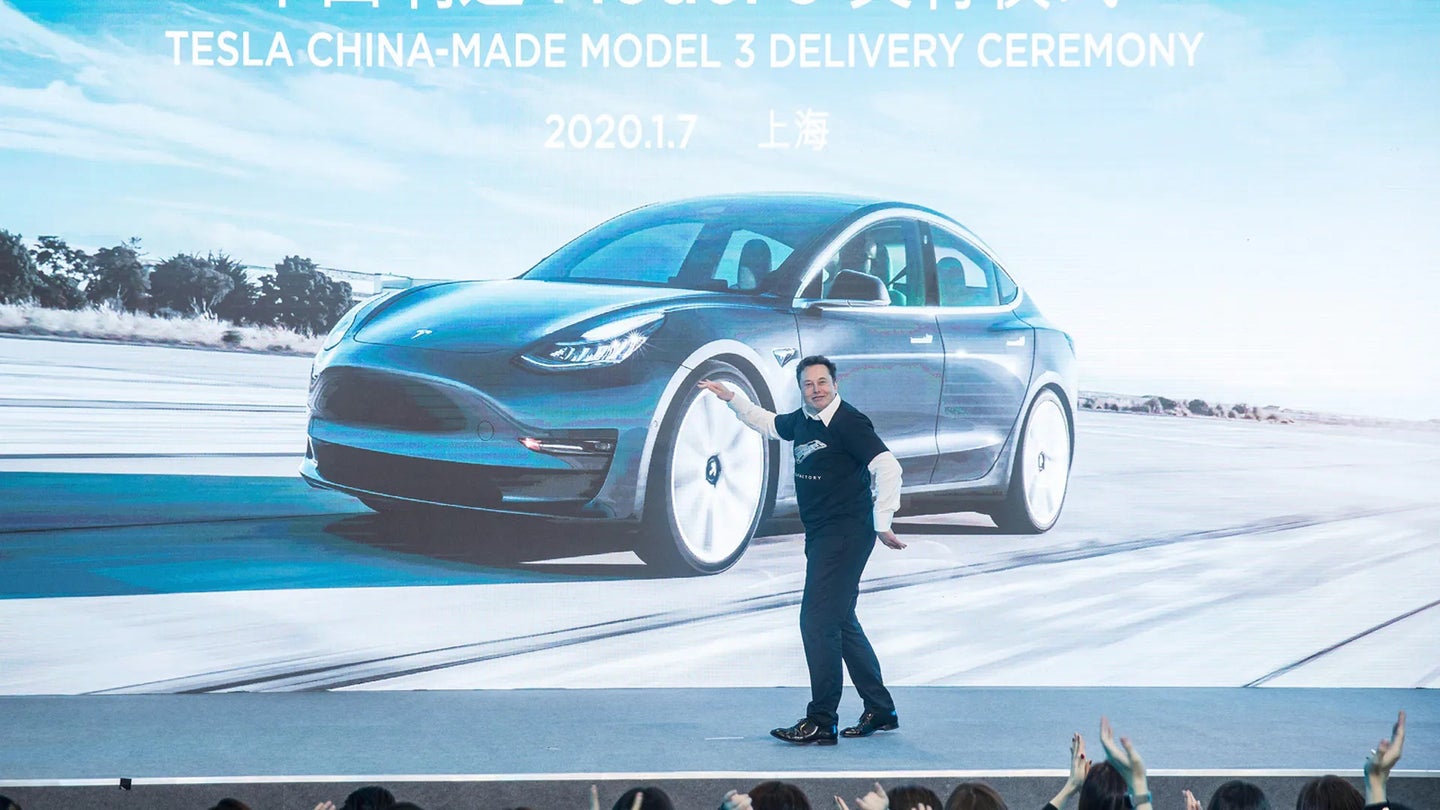 Happy Friday, and welcome back to another edition of Speed Lines, The Drive's morning news roundup. Today we're talking about Tesla's surprise stock selloff, the challenges at Nissan and NIO, and more.

As always, we're eager to hear your tips and feedback, so if you have those things, send them our way.

Tesla Wasn't Going To Sell Off Stock, But...

If there's anything Elon Musk loves more than memes and Grimes and memes about Grimes, it's cold, hard cash. So when Tesla's stock price skyrocketed following news of an especially strong Q4 of 2019, it doesn't seem unreasonable that Musk reversed the company's recent policy against big stock selloffs. Hey, there's money to be made here, and Tesla could always use more of that, whether it's for the new factory in Germany or further ramping up Model Y production or something else.

So as Reuters reports, Tesla will offer 2.65 million shares of new stock, good for about $2 billion. Though the company's stock price has tripled since October, much to the chagrin of struggling legacy players like Ford and General Motors, this move does go against what Musk said mere weeks ago:

Musk has repeatedly assured investors that Tesla will not need to raise more money for costly initiatives including production of a new vehicle model, the ramp-up of its China production and the construction of its first European factory.

“It doesn’t make sense to raise money,” Musk said during a Jan. 29 earnings call when an investor asked why Tesla does not take advantage of its favorable share price to accelerate production. Musk said the company would generate enough cash on its own to fund ambitious expansion plans.

“Diluting the company to pay down debt doesn’t sound like a wise move,” Musk said on the same call.

I don't know. Musk says a lot of things.

Meanwhile, Tesla also disclosed another Securities and Exchange Commission subpoena from December, though we do not know what it seeks besides "information concerning certain financial data and contracts including Tesla’s regular financing arrangements." The last run-in Tesla had with the SEC was the "funding secured" debacle over plans to take the company private, which ended with Tesla and Musk each paying a $20 million fine.

A Desperate Nissan Throws Money At Its Dealers

The ongoing struggles at Nissan are something we've been watching very carefully here at Speed Lines this year (or at least, since our launch on Wednesday.) The automaker's dismal Q4 loss of $238 million contrasts starkly with sunny forecasts from rivals Toyota and Nissan. It's in bad need of a turnaround.

One of Nissan's most troubled regions is, unfortunately, one of the biggest: the North American market. Here, the lineup is aging, and an all-new Sentra and a slightly refreshed Titan truck alone won't fix everything. For now, one answer is to throw bonus money and marketing cash at its dealers to get folks in the door, reports Automotive News:

The financially embattled automaker is facing rebellion from dealers, some of whom are walking away from the sales incentive program after Nissan decoupled some bonus money from hitting volume-based targets.

"We have been on a tough road, and we appreciate you sticking with us," David Kershaw, Nissan division vice president of sales and regional operations, said in a letter to dealers. "Our goal is to drive more quality traffic to your stores in 2020, to increase throughput and help you grow your dealer profitability."

Under the new dealer program, referred to as Nissan Drive 2020, retailers will receive additional financial incentives to sell down model-year 2019 vehicles.

That story says Nissan will go heavy on ad spending for March Madness. But if the product isn't there to back it up, that only goes so far.

It's about to be "put up or shut up" time for a lot of these new automotive startups. Chinese electric automaker NIO is one of them. (You may remember NIO as the maker of that electric supercar concept that posted a crazy Nürburgring time. Today it makes a slightly less exciting pair of EV crossovers.)

In recent years it has attracted big money from investors hoping it'd turn out to be the next Tesla, but despite impressive tech and a Formula E team, it hasn't found sales traction in its home country and has been hemorrhaging billions of dollars. (Read more about NIO's struggles in this detailed report from The Drive.)

As Bloomberg reports, NIO employees got more bad news from Chairman William Li: that January's salaries would come today, instead of Feb. 8 when they should have.

Li also encouraged employees to trade in their upcoming bonus for restricted stock units, though the representative highlighted that would be voluntary.

NIO posted losses of more than $300 million in the quarter ended September -- the latest period for which the company’s financials are available. The company said late last year it didn’t have enough money to continue operating another 12 months unless it raises more funds.

As the same outlet noted last year, it took NIO four years to rack up $5 billion in losses—something Tesla did in 15. China's new car market is currently in decline, as is the demand for premium, homegrown EVs there. It seems likely that the bubble will burst sometime this year.

The Motley Fool shares good analysis on the eyebrow-raising issues happening at NIO too, breaking down the various financial problems and even sharing a timeline on how the EV startup has nearly run out of cash.

Please Do Not Drink Silver to Kill the Coronavirus (Gizmodo)

The Weekend When Jordan and the NBA Took Flight (The Ringer)

You gonna buy some Tesla stock? As of this writing, it's going for about $800 a share.

What’s The Matter With NIO?

The Chinese EV brand has gone from boom to bust in record time… but why, and what does it mean for other premium EV startups?