What’s The Matter With NIO?

The Chinese EV brand has gone from boom to bust in record time… but why, and what does it mean for other premium EV startups? 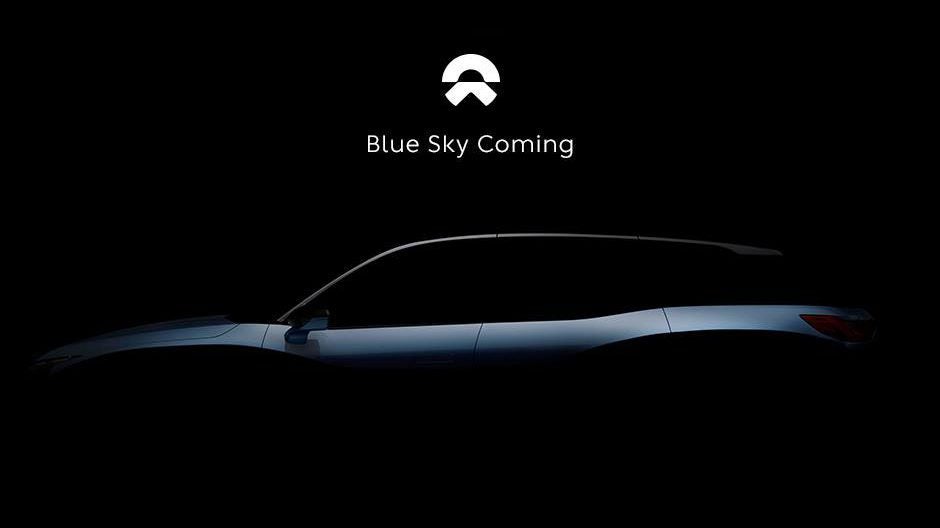 Tesla's success as a premium EV brand has inspired more startup automakers than we've seen since the early days of the auto industry. One of the most prominent of these, the Chinese brand NIO (formerly NextEV), attracted big investments from Tesla backers like Baillie Gifford and widespread media coverage after listing on the New York Stock Exchange last year. Now, as concerns about a brewing global economic slowdown simmer and Chinese EV sales decline on falling subsidies, the bloom seems to be off NIO posted declining quarter-over-quarter sales and a $478.6 million net loss for the second quarter.

For those of us who follow the auto industry regularly, money-bleeding companies are just a part of the landscape and the baseline assumption for every vehicle startup is that they will burn huge amounts of cash for a slice of  what inevitably turns out to be a brutally competitive, generally low-margin business. But with a downturn looming, there's more at stake in NIO's story than just NIO: the fate of a whole host of cash-hungry startups, and possibly even Tesla itself hang in the balance.

One of NIO's most pressing problems is the weak market for higher-end electric vehicles in China. The firm's deliveries peaked at 7,980 in the fourth quarter of last year, shortly before China's central government slashed subsidies for "New Energy Vehicles" (EVs and plug-in hybrids) in half. Since then NIO's deliveries have declined twice, first to 3,989 in the first quarter of this year and then to just 3,553 in Q2.

The latest disappointing numbers came despite the initial rollout of NIO's lower-priced ES6 SUV (starting around $50,000), whose modest 413 deliveries masked a deeper decline in sales of the larger ES8 (which starts around $62,000). During the firm's delayed earnings call NIO's Founder, Chairman and CEO Bin (William) Li blamed macroeconomic concerns, falling EV subsidies, a 14.3% overall drop in Chinese auto sales and 20-25% discounts on premium-brand vehicles for the decline. In line with that discounting trend, NIO's sales revenue per vehicle came in at $57,979 for Q2 and $57,357 for Q1, significant declines from Q4 2018's $61,629 and Q3's $65,483.

With revenue per vehicle below the ES8's ostensible base price of $62,000 since Q3 of last year, NIO has had to get its costs under control even as it seeks to expand its footprint in China. Some of the costs associated with the abysmal -33% gross margin for Q2 is related to a battery recall whose cost was accrued to cost of sales, but the company is still slashing headcount from 9,900 in January to about 7,800 people by the end of this quarter through restructuring and spin-offs. Incentives, like free auto insurance, finance deals and free battery swap are being reported starting in Q3, and negative gross margins are expected to be in the high single digits for the rest of the year.

To boost growth at lower cost, NIO is investing in a network of 200 lower-cost, 200 square meter "NIO Space" showrooms, which in some cases are being funded by "partners" who will share in store profits. This is a significant departure from the large, luxurious "NIO Houses" the company launched in Beijing and Shanghai as part-retail facility, part-owner clubhouse and brand showcase. Despite not owning its own factory, NIO has more than $800m in "property plant and equipment" and $335m in operating leases, which likely encompass the reported 10 NIO House locations and 18 battery swap stations. This bloated cost structure is reflected in NIO's Selling, General and Administrative expense per vehicle which hit a whopping $58,274 in Q2, up from $49,304 in Q1 and miles above Tesla's $6,798 per vehicle.

With just $503.4m in cash on the books at the end of June, NIO had to scramble to round up a $200m bond sale to its backer Tencent and Li in addition to a $1.45b investment from a Beijing city government-backed fund in May [Ed: please note that these two fundraising efforts have yet to close]. Between these deep-pocketed backers and the central government's desire to see Chinese EV makers thrive, NIO can keep likely keep pushing on in hopes that ramping deliveries of the lower-cost ES6 (which sold 2,976 units in August and 1,066 in July) and radical cost cuts can get them to a viable business. But whether NIO lives or dies, there are tough lessons to be learned from their challenges.

The biggest and most troubling lesson is that although premium EVs have created an attractive niche in the US and EU, China's elite are not falling over themselves to buy the latest high-priced electric cars. At the opposite end of the market, the best-selling EVs in China are too small and cheap to be proper cars which bodes well for low-cost EVs in that market like the brand-new $8,500 Renault K-ZE. But the thesis that China has unlimited demand for pricier premium EVs isn't holding up, at least in the current environment of macroeconomic concerns, weak sales and big discounts. This does not bode especially well for Tesla's big push into China, where it is building a factory and hyping up its growth prospects in a market that is still popularly considered a no-brainer for EV sales.

Though Tesla fans like to point to NIO's lack of its own car plant (its vehicles are made under contract by JAC) as core to its problems, the financial data suggests that although manufacturing efficiency could improve it's not the fundamental problem. NIO wildly overestimated demand at the high end of the Chinese market and sought to capture it with a heavy footprint of pricy NIO Houses and battery swap stations, creating a remarkably high fixed-cost burden for a firm with no factory. The NIO Houses were intended to support volumes of 120,000-150,000 units/year that simply hasn't materialized, turning all this retail and "brand experience" footprint into a financial millstone around NIO's neck.

NIO CFO Tun-Jung Hsieh seems to understand the problem, telling analysts that "you will see a much leaner operation from NIO... We're not expanding capital, we are spending capital for NIO spaces but not for a lot of other things. We have not started adding any swap centers, there's not as much cash usage." The remaining questions then, are A) can those costs be cut a point that NIO's anemic sales can support; and B) will the rest of the ambitious EV startups learn from this tough lesson?

With Tesla putting its growth narrative in the hands of the Chinese market, it will need to be careful not to overestimate demand as NIO did, and its commitment to sell $10.5 billion worth of vehicles from its Shanghai factory each year by 2023 is ambitious indeed (this works out to about 300k vehicles/year at the $35k price point). Though Tesla has avoided NIO's splashy "brand experience" investments and operates a relatively lean retail operation, fixed costs are fixed costs and there's no knowing how long China's car sales (let alone premium EV sales) malaise will last. Other startup premium EV brands like Byton have emphasized "brand experience" as well, and will need to learn from NIO's overinvestment in order to have a shot.

Even beyond avoiding NIO's mistakes, startup EV makers will likely rethink some of their assumptions about China's EV demand potential at the high end of the market especially since each new entrant will further split that small slice of the market. Though the EU and US may show more promise, Chinese brands aren't as appealing there and certifying small-volume vehicles for them is brutally expensive. Take away the easy volume so many assumed China's EV market would soak up, and the path forward for small premium EV startups starts to look like precisely the kind of brutal slog that the auto industry is known for.