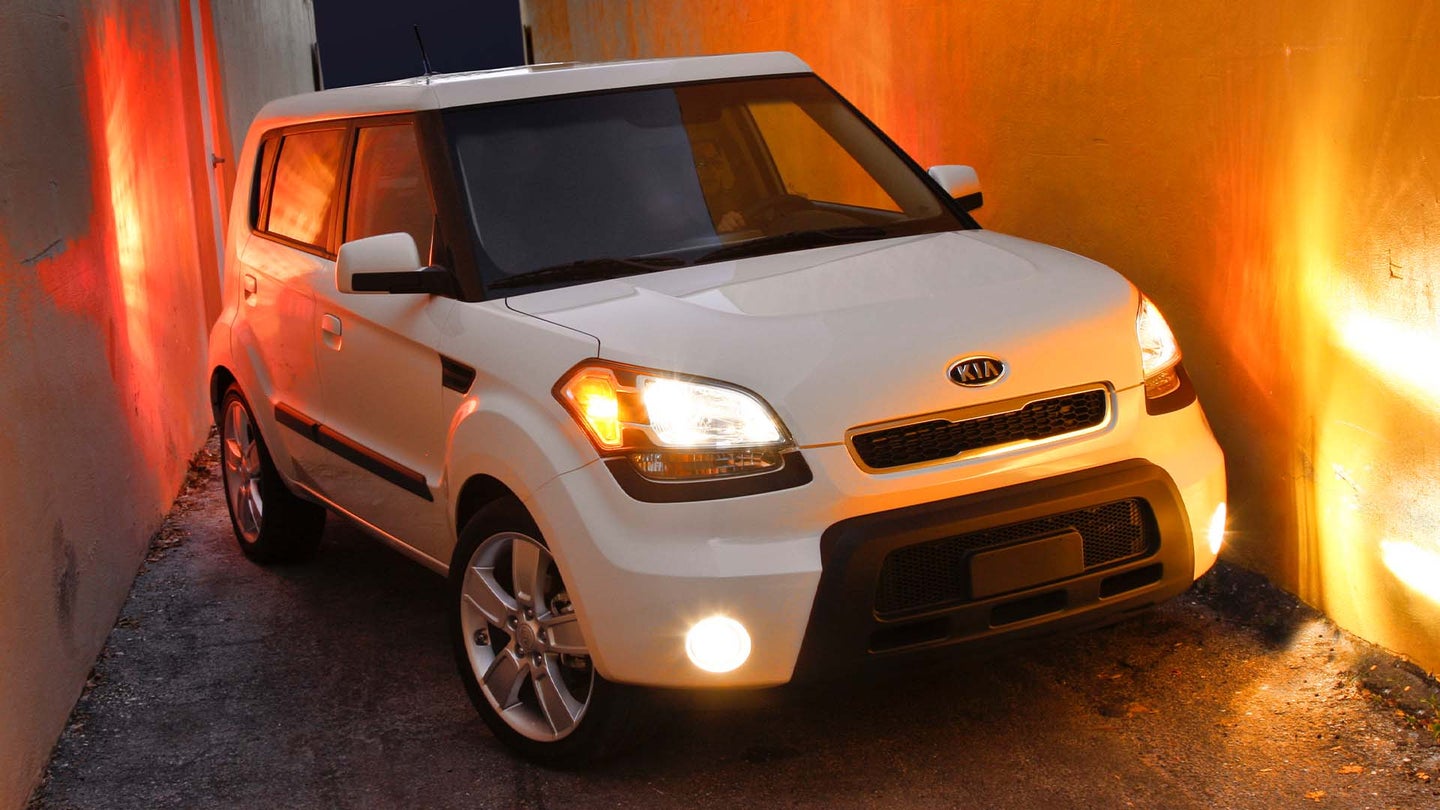 Milwaukee, Wisconsin is grappling with an unprecedented spate of car thefts. Since last year, stolen vehicle reports in the city have more than doubled, according to WISN 12 ABC, and nearly tripled since 2019. At a rate of nearly 30 thefts per day, Milwaukee is on track to surpass 10,000 this year. By sheer volume, it outpaces Chicago—a city with six times Milwaukee's population. Worryingly, at least half of the suspected thieves are minors, and they have an unusual penchant for easy-to-steal Hyundais and Kias. This has led the city to seriously consider suing the automakers under its public nuisance laws.

Vehicles from these two Korean makes account for two-thirds of thefts in the city, police say. WISN reports Kia and Hyundai thefts have exploded to 2,500 percent year-over-year as of June. Citing "car experts," Milwaukee Journal Sentinel identifies Kias (to which Hyundais are often mechanically similar) as popular targets as they can reportedly be broken into via the rear window without activating the car's alarm. From there, thieves can enter the vehicle and peel open the steering column with a screwdriver, allowing them to start the car without a key. So many cars have been stolen in this way that parts to repair the steering column are reportedly back-ordered.

Police say half the suspects in the city's car thefts are age 16 or younger; a statistic that, while worrying, also may make the thieves' activity easy to track online—more so than the purported "lug nut challenge." One or more groups of teens operating under "The Kia Boys" moniker has posted numerous videos of its members joyriding in allegedly stolen vehicles on social media, often under the hashtags #thekiaboys or #thekiagirls. The videos have been largely (though not entirely) scrubbed from Instagram, but have not yet been removed from TikTok, where numerous videos can be found under these hashtags, along with the account @kiaboys_milwaukee. As observed by our sister publication Car Bibles, their notoriety has grown to the point of inspiring a viral rap song.

So far, seemingly little has been done to stem the tide of thefts. While talking to a community outreach group that tries to steer kids away from a life of crime, Milwaukee Mayor Tom Barrett reportedly admitted that only two percent of suspects are prosecuted. Some residents have taken actions into their own hands, with WISN reporting on one case where a vigilante opened fire into a car full of teens that, while they had been egging cars, were not traveling in a stolen vehicle. Milwaukee is at such a loss for solutions that the city is seriously considering suing Kia and Hyundai under its public nuisance laws.

"We looked at a number of potential causes of action. We have not joined any lawsuits at this point," remarked Deputy City Attorney Yolanda McGowan to WISN, which anticipates McGowan will present a report to city aldermen on the legal merits of such a suit.

"It should be a priority because it is having a real detrimental impact on the quality of life for the citizens of Milwaukee," added Michael Murphy, a city alderman.

Whether or not the city takes Hyundai and Kia to court, the problem should begin to tail off with the introduction of 2022 models. This year, both makes are reportedly set to standardize immobilizers, which will present a problem for unsophisticated thieves—though even these can be overcome by key fob hackers. Still, it's likely the introduction of these new security measures will see thefts begin to tail off. Just how quickly, though, is anyone's guess, and to Korean car owners across Milwaukee, the downturn can't happen soon enough.

Why Hyundai and Kia Are Winning the Windshield Wiper Game

If we’re gonna have screens everywhere in all of the cars, they might as well make themselves useful.