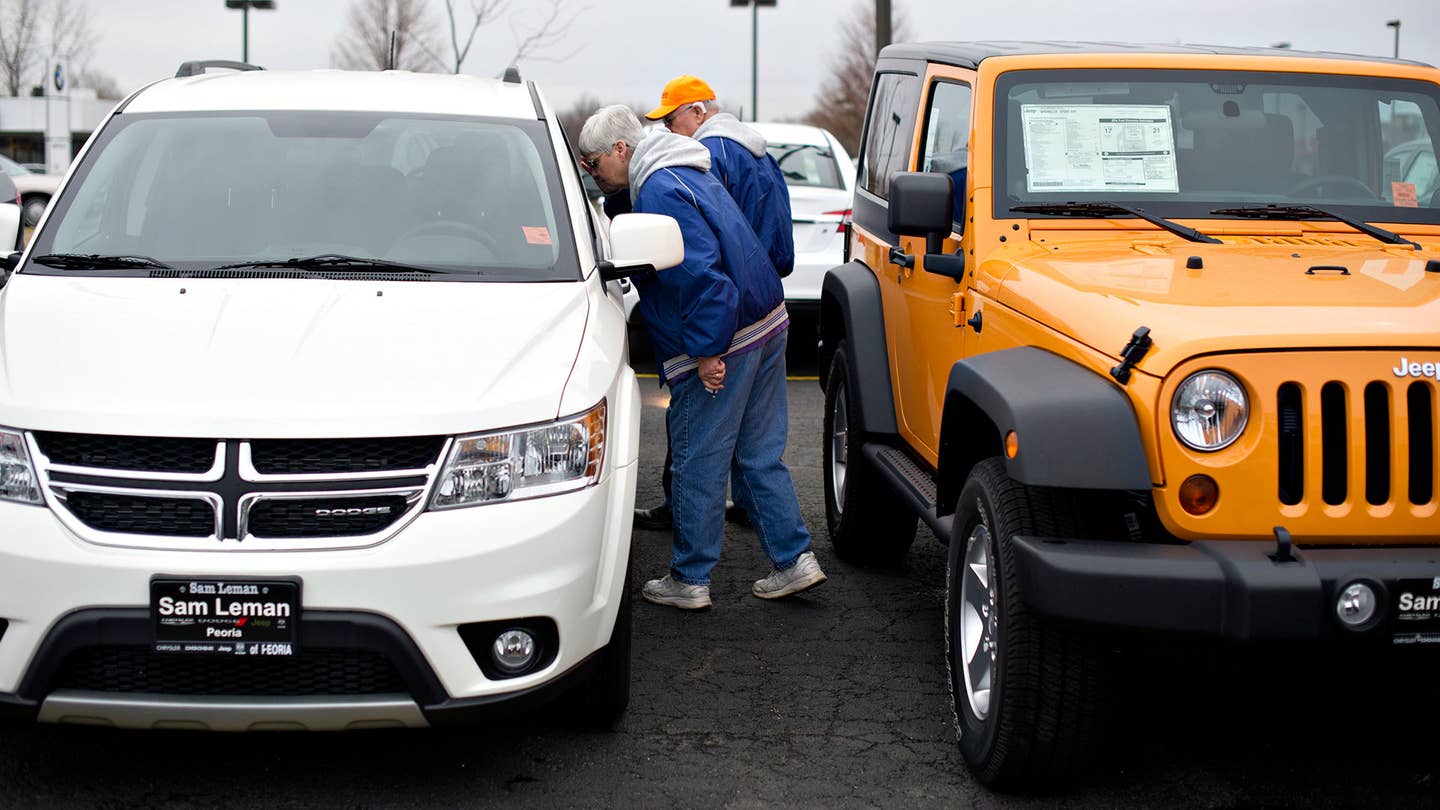 Just days after two techies publicly announced they took over a Jeep's essential driving controls by connecting to car's the OBD-II port, word has come out that in a more malicious act, over 30 Jeeps and Dodges have been stolen by hackers in Houston, Texas.

ABC13 reports two men, Michael Arcee and Jesse Zelay, were arrested after police caught them in the middle of an attempted car theft. Authorities believe the two alleged thieves are the same pair that spent months hacking into cars and stealing them around Houston, and the same people who were featured in a recorded Jeep theft just weeks ago. Police think the two used a laptop and stolen software to connect to the cars, start them up and make off with the vehicles.

As evidenced by the timestamps in the video linked above, these alleged thieves were able to break in, hack, start the cars, and drive off in just six minutes. Apparently, many of the cars that were stolen were left unlocked, which made it even easier for the duo to get away with their haul. Authorities believe the stolen cars were destined for Mexico.

So not only are these cars potentially hackable enough that their brakes and steering controls could be manipulated at highway speed, they might also be so vulnerable that they can be stolen right out from your driveway without warning. Not great.

The statement for this incident released by the parent company of Dodge and Jeep, Fiat Chrysler, can be found below:

"FCA US takes the safety and security of its customers seriously and incorporates security features in its vehicles that help to reduce the risk of unauthorized and unlawful access to vehicle systems and wireless communications. FCA US has been cooperating with Houston Police Department since they first started the investigation. This investigation is ongoing and as such, the Company has no further comment.”

As cars become increasingly high-tech, they’re posing a tempting target for hackers – and possibly even terrorists.