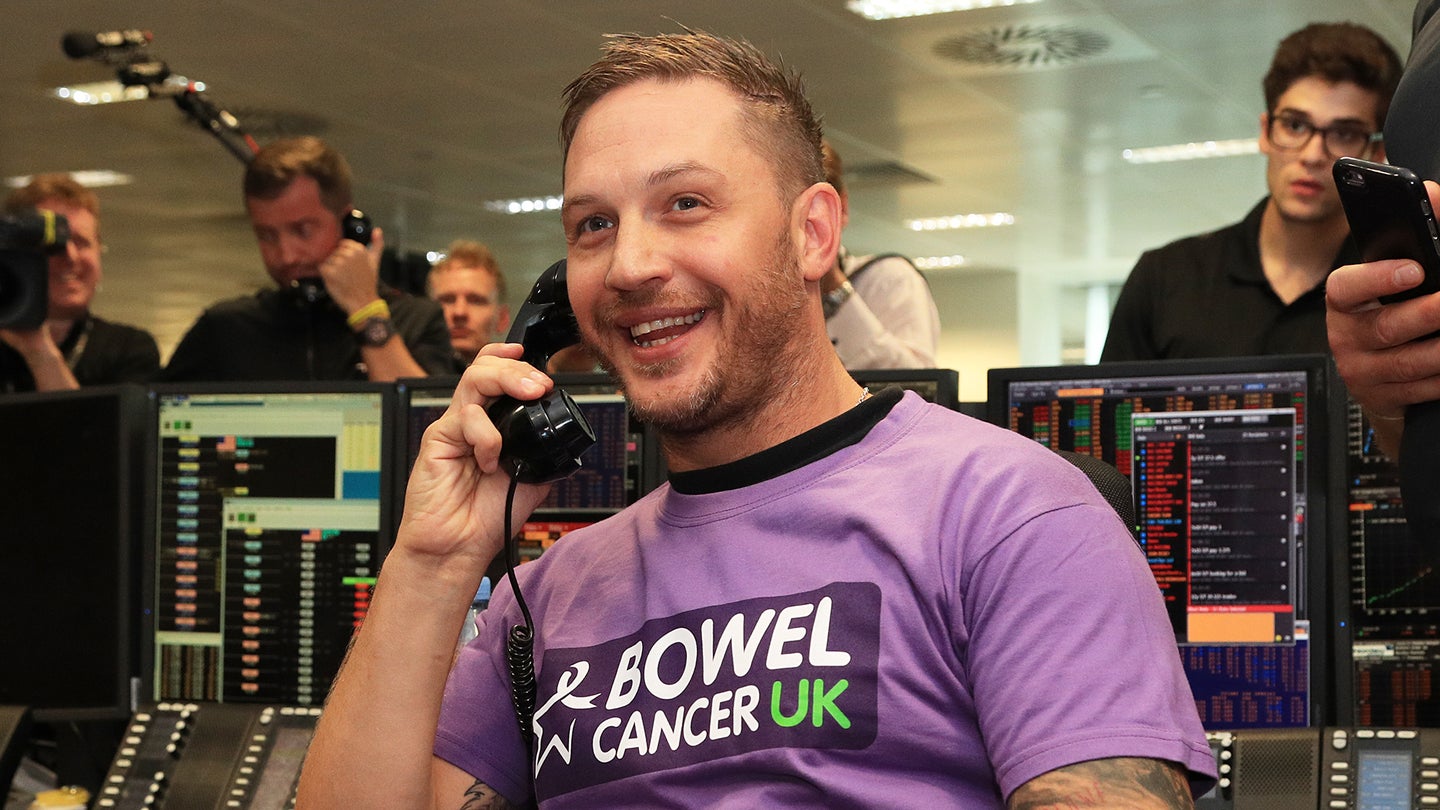 Don't mess with Mad Max. On Sunday, actor Tom Hardy chased down and captured a teenage moped thief after a foot chase in London.

According to BBC News, Hardy took off after the 16-year-old after seeing the two thieves crash into a car in the neighborhood of Richmond and take off running, chasing the teen through a series of gardens and across a construction site before catching him, patting him down, and hauling him over to a nearby bus stop.

The other teenager was reportedly apprehended by a police officer.

The two 16-year-olds were arrested on the suspicion of theft of a motor vehicle, police said.

"We can confirm that there were two people on a stolen moped that went through a red light and crashed into another vehicle," a spokesperson for the Richmond Police told the BBC. "The males ran off and one was detained by Tom Hardy."

"I caught the c***," Hardy reportedly exclaimed after collaring the thief, presumably using an curse word that carries far more weight in the United States than it does in England.

"Two boys on the nicked moped had jumped a red light and smashed into a car," witness Arun Pullen told British tabloid The Sun. “Tom must have been walking down the road. He went off like a shot in pursuit and looked furious."

The teen, Pullen said, was left looking shocked after being brought down by the movie star.

“I asked Tom what happened and he told me he chased him through my back garden and caught him around the block—but the route was like an assault course,” Pullen told The Sun.